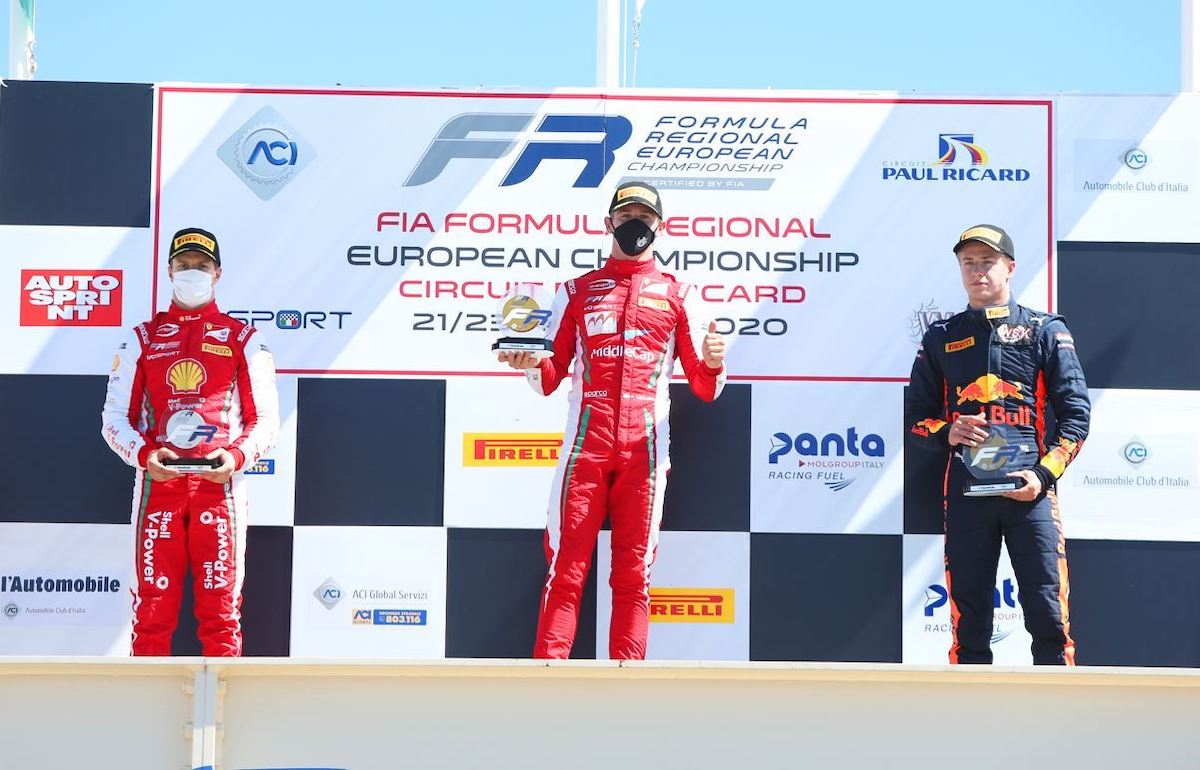 Prema’s Ferrari juniors Arthur Leclerc and Gianluca Petecof have reflected on their domination of the second round of the 2020 Formula Regional European Championship season at Paul Ricard.

The duo split the pole positions for all three races this weekend and locked out the top two places in every race to ensure Prema take away the maximum available points for the teams’ championship.

Leclerc won the first and final races to reduce Petecof’s drivers’ championship advantage by seven points, with Petecof picking up the victory in the second race of the weekend on Saturday afternoon.

Petecof made a slow start from race three pole that dropped him from first to fourth place on the opening lap. The Brazilian, who is attempting to raise the budget to complete the season, recovered to pressure his team-mate Leclerc for the win but was ultimately forced to settle for his third second-place finish of the year.

“We basically kept the same [set-up from race two]. We had a good race in race two, of course, to go with the same [made sense],” Petecof told Formula Scout. “I made a mistake at the start, I nearly stalled and was lucky to even get going again.

“Not a [technical] problem, just a a start mistake on the foot. After that, falling back, so I just tried my best to get back in the fight and in the second half of the race, I managed to go up to P2 and challenge Arthur a little bit at the end, but I was never close enough to make a move.

“Good job to him, it was a race about whoever made the fewest mistakes and he did the fewest. We will look at what went wrong, where the mistake was and try to get back on it for the next round.”

Leclerc resisted pressure from Red Bull junior Juri Vips in the first couple of laps and then defended from his team-mate Petecof to narrow the deficit to Petecof to just five points.

“It was quite a hard race,” Leclerc admitted to Formula Scout. “[It was] difficult with the tyre management. We degraded a bit more in race one so we were in a bit of trouble for race three, but overall the pace was quite good.

“It was quite difficult to resist the pressure of Juri and Gianluca behind, who were really fast. So really happy with the result.

“We did a big [set-up] step from race one to race two because I was struggling with the oversteer. Then we damaged a bit more the rear tyres, that’s why I was a bit in trouble with the rears in race three.