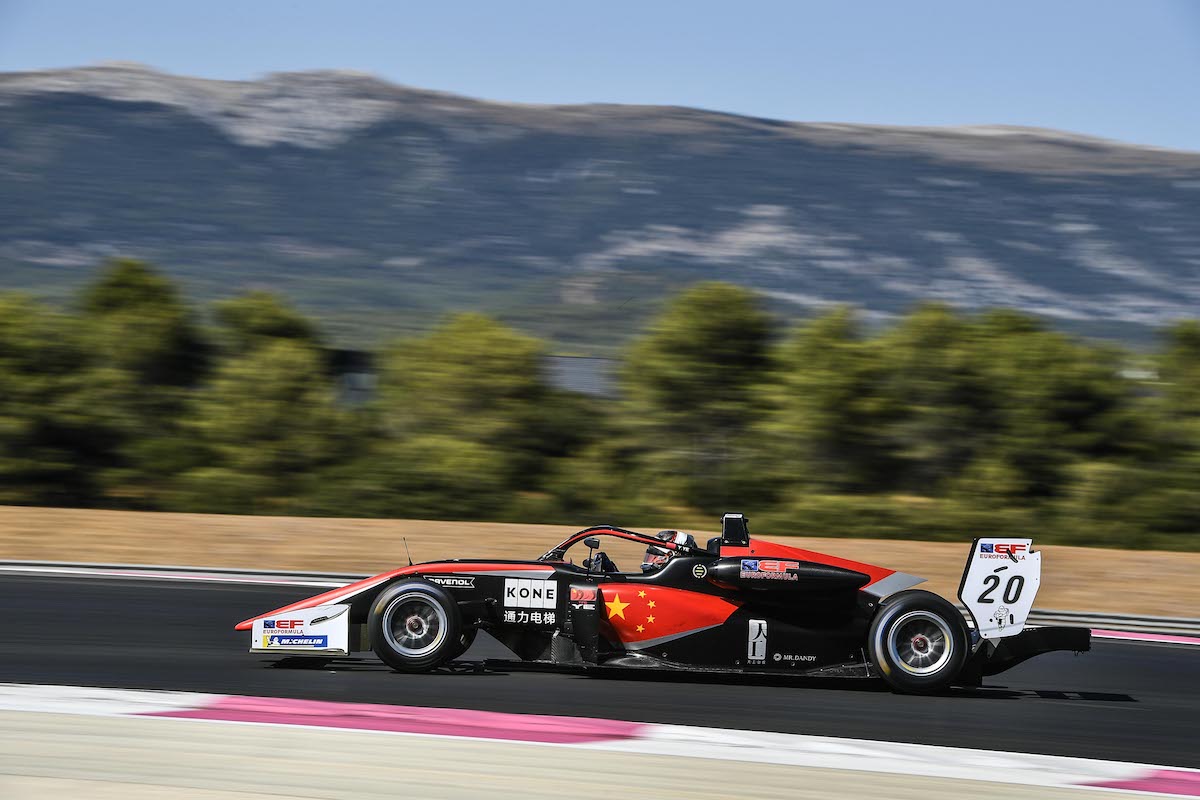 Yifei Ye extended his Euroformula points lead with a third win of the season at Paul Ricard, with Carlin’s Zane Maloney finishing in the runner-up spot.

Maloney made a great start from third on the grid, having failed to start the previous race, and was immediately challenging poleman Ye and his CryptoTower Racing Team team-mate Lukas Dunner in second place.

At the Turn 8/9 chicane halfway down the Mistral straight, Maloney made his move on Dunner around the outside and quickly got drawn into Ye’s slipstream after that.

Getting close enough to the Chinese driver to take the lead proved too difficult though with minimal tyre degradation during the race, and Maloney spent the rest of the 16-lap race around one second behind winner Ye.

Dunner was slightly further back in third, following a few track limits errors, while Van Amersfoort Racing’s Andreas Estner was the top HWA-powered driver in fourth ahead of Carlin’s Ido Cohen.

The battle over sixth was not decided until the final lap, in favour of Motopark’s Niklas Krutten over Double R Racing’s Ayrton Simmons.

Cameron Das (Motopark), Rui Andrade (CryptoTower) and Glenn van Berlo (Drivex) rounded out the top 10. That was despite the latter being spun around by VAR’s Alexandre Bardinon.

Manuel Maldonado had an eventful race that started with a stall on the grid, only to start climbing back through the order before hitting Shihab Al Habsi at Le Bousset. They eventually finished at the tail-end of the field.