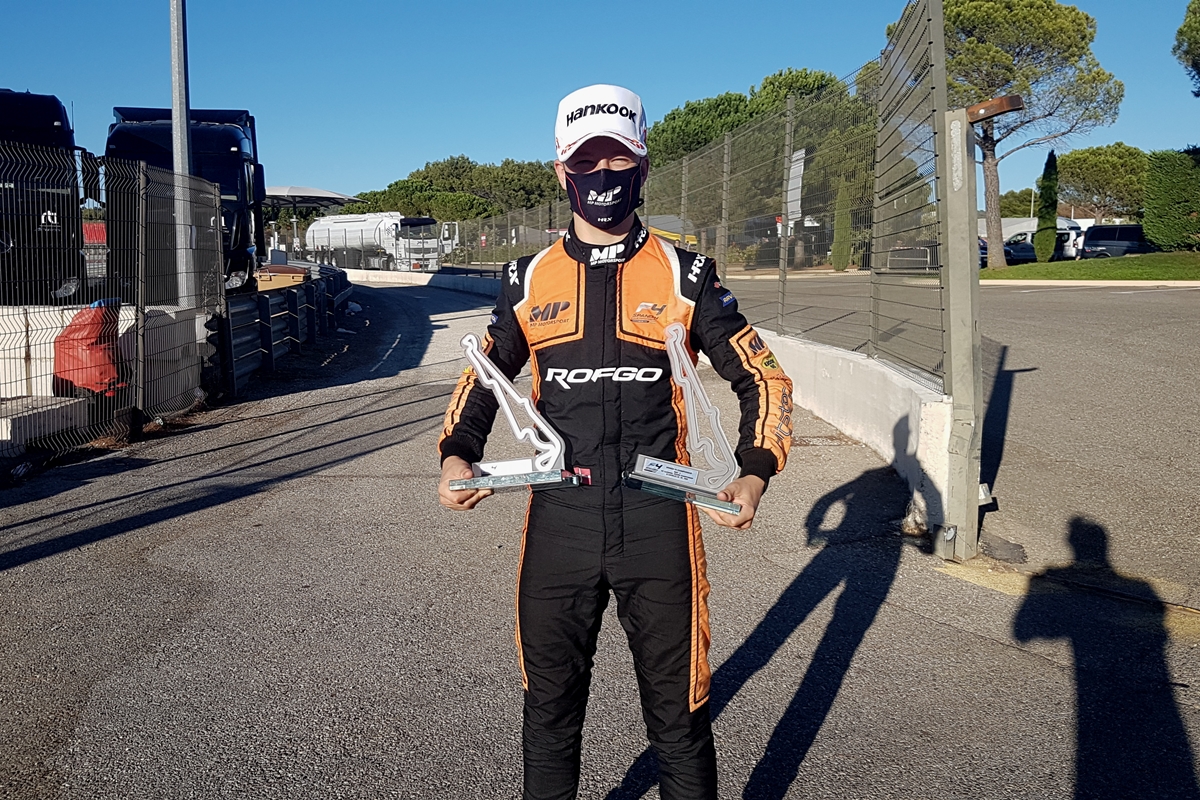 MP Motorsport’s Oliver Goethe came out on top in an exhilarating third race of the Spanish Formula 4 weekend at Paul Ricard.

Goethe had a good start from third on the grid and jumped up to second ahead of team-mate Joshua Dufek, who did not have a good start.

However, he found himself behind Dufek again at Signes corner, and then picked off by Jenzer Motorsport’s Filip Ugran a couple of laps later.

Meanwhile, MP’s Mari Boya, who had led from pole position up to that point, made a mistake and dropped behind Dufek and Ugran.

Haverkort was not only able to work his way back past Nosov and Fluxa but was able to join the leading pack and pull Fluxa along with him.

From there, the leading sextet engaged in a thrilling battle, with Goethe making the decisive move with only three laps remaining after Dufek went wide and dropped to fifth.

In the lead, Goethe was able to pull away as Ugran defended very hard from Boya, Fluxa, Dufek and Haverkort.

Goethe’s winning advantage at the end was 3.673s – more than the gap between second and eighth at the conclusion.

Coming out on top of the epic scrap for second which went right until the line was Ugran, with Boya forcing Haverkort wide at the final corner to claim the final podium spot.

Dufek could only take fifth after his earlier mistake, while Fluxa’s pace dropped off slightly as Nosov was able to regain lost ground. They were only narrowly ahead of Jenzer’s Francesco Simonazzi.

Javier Sagrera was the only non-finisher, pulling with two laps to go after battling with Nosov earlier on.