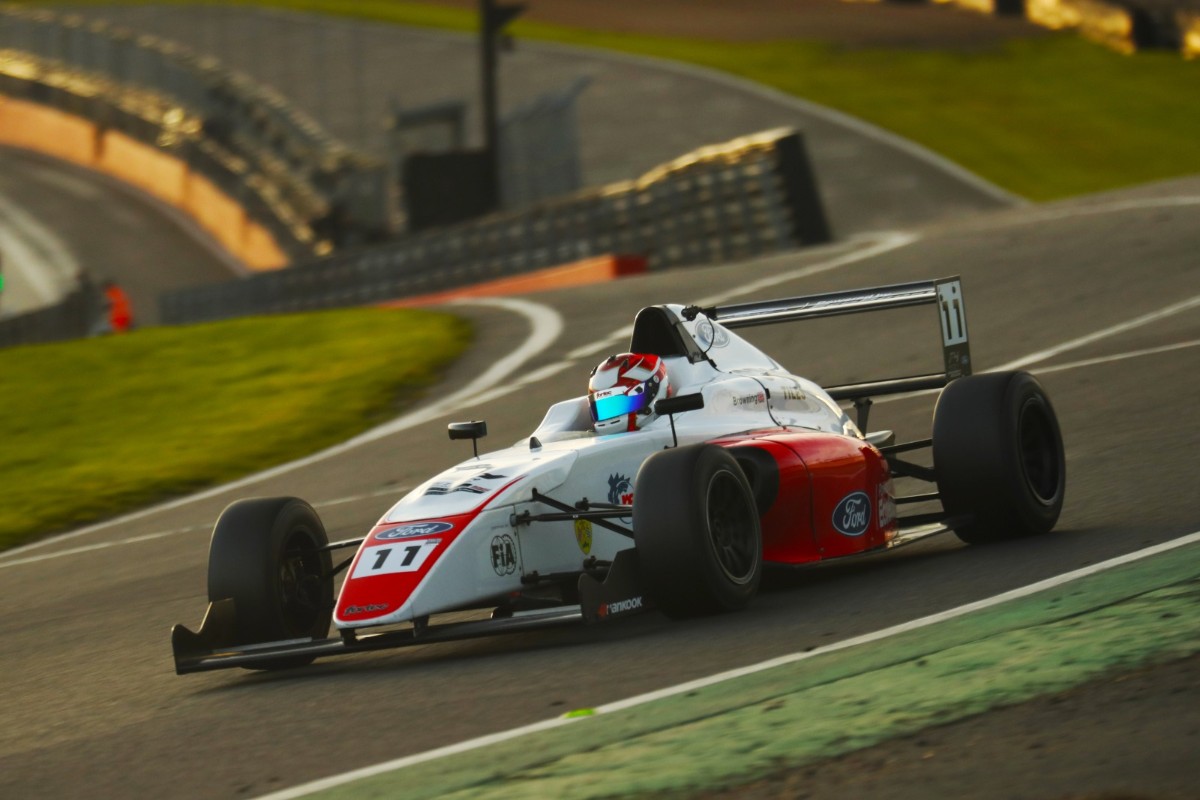 Luke Browning moved back into the British Formula 4 championship with victory in race one of the Brands Hatch Indy season finale.

The Fortec Motorsports driver held off title rival Zak O’Sullivan to win, and is now seven points clear of the Carlin driver.

O’Sullivan’s team-mate Christian Mansell completed the podium, securing the rookie title in the process with another class win.

Poleman Browning and O’Sullivan both got good starts and pulled away from the battle for third. There was enough of a gap so Browning didn’t need to defend in the first half of the race, but a series of quick laps from O’Sullivan enabled him to close the gap late on.

It wasn’t enough to challenge for the lead, however, and O’Sullivan finished 0.5 seconds behind his title rival.

They shuffled Mansell back to fifth before going wheel-to-wheel themselves. The pair made slight contact but were able to continue for half a lap before more contact at Paddock Hill Bend sent both into a spin and plummeting down the order.

Mansell retook third, and enjoyed a quiet race to the chequered flag.

Hedley enjoyed a strong recovery drive, managing to climb up to sixth by the chequered flag and earn pole for the reversed grid race. His team-mate Abbi Pulling picked up fourth ahead of Arden’s Alex Connor.

Frederick Lubin and Roman Bilinksi put Arden’s other two cars in seventh and eighth, while Carlin’s Matias Zagazeta and Faria rounded out the top 10.