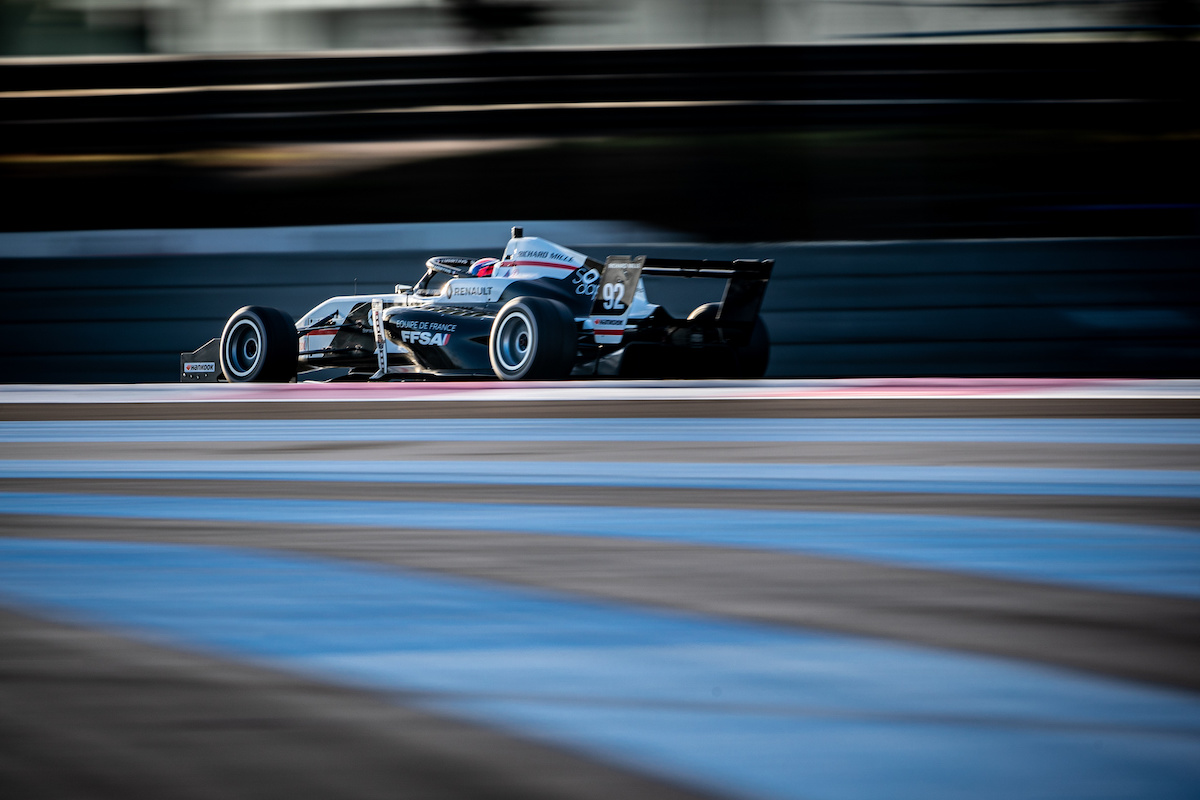 Victor Martins wrapped up the Formula Renault Eurocup title as Lorenzo Colombo took victory in the penultimate race of the season at Paul Ricard.

Bhaitech driver Colombo started on pole and led away from Martins early in the 30-minute race. He was able to open up a small gap before Martins started to reel him in slightly.

However, ART Grand Prix’s Martins was unable to find his way past and slipped into the clutches of title rival Caio Collet.

A forceful move from R-ace GP’s Collet meant he got past Martins, but the huge advantage the latter held in the championship race meant that the title was still swinging Martins’ way.

As such, Martins also dropped into the clutches of MP Motorsport’s Franco Colapinto and slipped off the podium. Despite that, he was still able to clinch the title with a race to spare.

Colombo’s victory over Collet was just over a second, with Collet closing in towards the end. Colapinto was over five seconds behind Collet, with Martins holding off Arden’s Alex Quinn, who finished as top rookie.

ART’s Gregoire Saucy was sixth, after JD Motorsport’s David Vidales was told by race control early on to let the Swiss driver through. That decision was then reversed again after the race, giving sixth back to Vidales.

Arden’s Ugo de Wilde finished eighth, ahead of MP’s Hadrien David. David started fifth but a poor start and a messy opening lap dropped him towards the lower reaches of the top 10. In the closing stages, he was able to pick off a couple of cars.

ART’s Paul Aron rounded out the top 10, although is under investigation for an incident on the opening lap. He finished outside of the top 10 on the road, having been passed by R-ace’s Michael Belov early on, but a penalty for Belov for a false start dropped him well down the order.