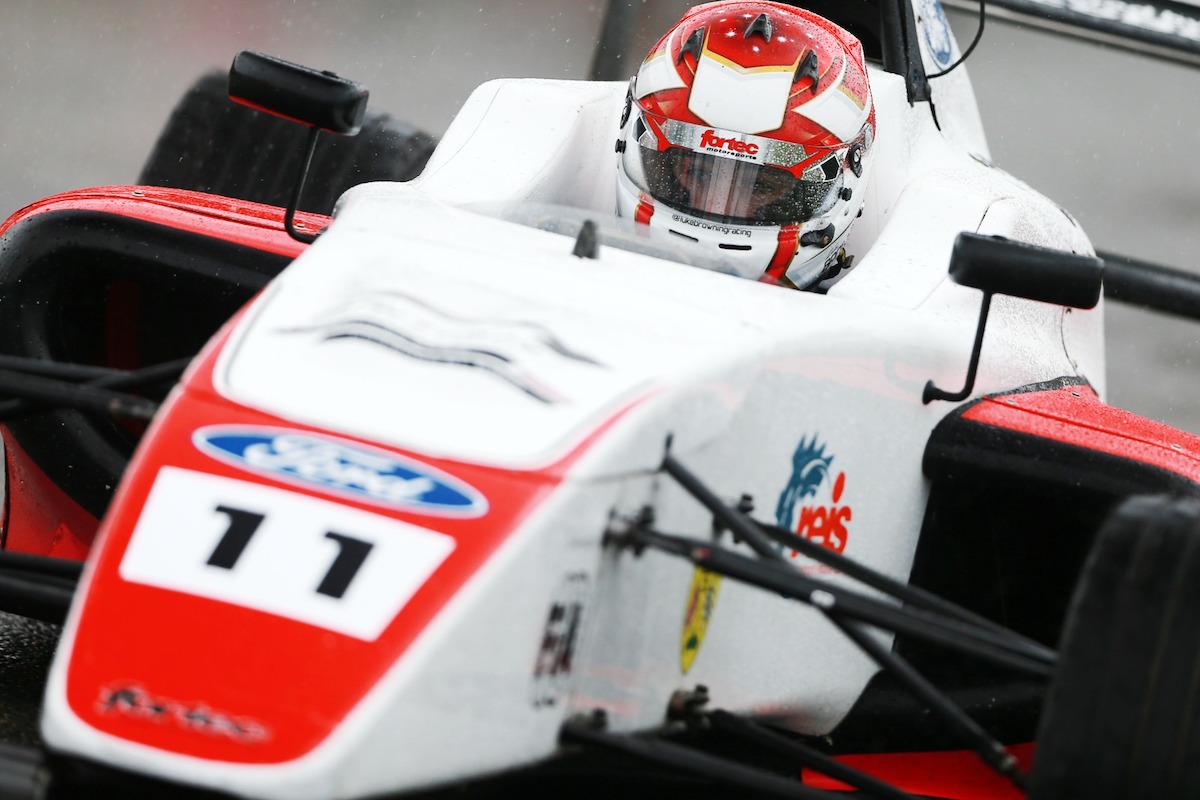 Luke Browning beat his championship rival Zak O’Sullivan to a double pole position for the final British Formula 4 round of the season at Brands Hatch.

Fortec driver Browning managed to find improvements in the closing stages of the wet qualifying session to set a 55.456-second lap around the Indy circuit.

The final improvement of the morning put O’Sullivan 0.110s behind his title rival. Browning also had the edge on second-fastest times that set the grid for race three, 0.064s ahead of O’Sullivan.

O’Sullivan’s Carlin team-mate Christian Mansell was just behind him in third after a strong qualifying performance for the rookie.

Roberto Faria spent most of the session towards the front of the field in his return to the championship. After running second at one point, he was bumped down the order to fourth, ahead of James Hedley and early pace setter Alex Connor.

Hedley will start third for race three in front of Faria, Mansell and Connor.

Casper Stevenson, who is still in the championship fight, had a difficult session to put himself 11th on the grid for both races one and three, ahead only of Reema Juffali.

Most of the field were able to manage the wet track conditions without issue and there were no red flags. Abbi Pulling had a spin midway through the session but was able to continue and qualified seventh, while Frederick Lubin, Roman Bilinski and Mattias Zagazeta completed the top 10.