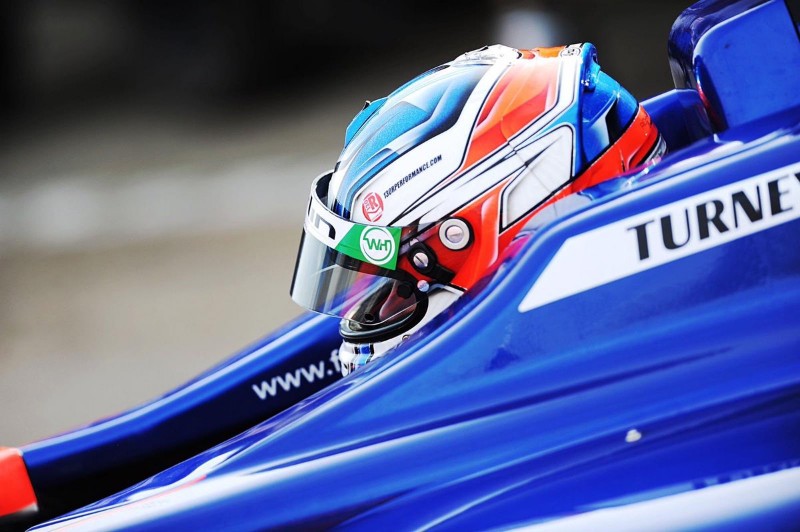 Although he left Brands Hatch seventh in the British Formula 4 standings and without a podium to his name, Joe Turney achieved something the likes of Lando Norris, Colton Herta and Lance Stroll failed to do in F4.

Turney, already a world champion in senior karting, took pole for the first race of the weekend of what was his car racing debut, a feat that has only been matched by two others in European FIA F4 championships. The first person to achieve the feat also did so in British F4, but few remember Daniel Baybutt’s name now. Will Turney be any different?

Last year, Turney raced in the Senior X30 and Rotax classes of karts. He won the British championship and Kartmasters grand prix, as well as the Benelux series and IAME International Final. His achievements merited him a place in Formula Scout’s top karters of 2018 as well as victory in Motorsport UK’s Young Driver of the Year award, becoming the first ever karter to do so.

“2018 was a very successful year, but it definitely had some lows,” Turney said to Formula Scout earlier this year, long before his last-minute deal to join Carlin for the British F4 season opener.

“I had some very good results like Le Mans [at the International Final] but then had a breakdown at Wackersdorf, which was difficult. Out of the championships last year it?s been a very good year for us.?

The spark plug failure at Wackersdorf denied Turney the IAME Euro Series title, and the rare opportunity to pick up four major titles in one calendar year. These results have come in X30 and Rotax karts rather than in CIK-FIA contests, an alternative but by no means inferior route. 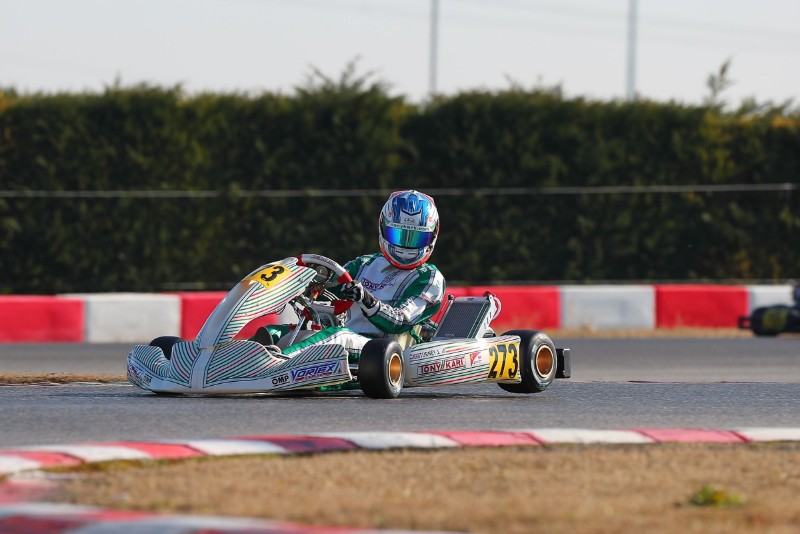 “When I chose Rotax it was when I just moved out of Cadet karts. CIK should only really be for drivers who have performed already in national championships. I think it?s wrong when drivers go straight from Cadets to CIK – they?re often quite out of their depth.

“For me, the best place to learn was Rotax and X30. Once I had done well in them I went to CIK which I think was the right thing to do, rather than the other way round.?

“I feel like I?ve learned to race with some of the best drivers in the world. In 2016-’17 it was definitely hard racing, but never with drivers like I raced with last year. I?ve learnt to bring myself to another level to race against the [Oliver] Hodgsons, [Ben] Barnicoats, all the best really.”

Karting veterans Barnicoat (a McLaren factory driver) and Hodgson prevented Turney from being a two-time Kartmaster grand prix winner, and the more experienced opposition enabled Turney to learn more, and utilise it in multiple ways.

“I was watching them on track, learning how they work, seeing what they do between races and how they were setting up their karts,” Turney revealed.?“I?ve since done a bit of coaching over the winter with some small Cadets drivers, but looking to move towards helping some bigger Rotax drivers as well.?

Although coaching those lower down the ranks isn’t uncommon in karting, it’s often a crucial extra bit of cash for competitors, and until two days before the British F4 season started it looked like the money shortfall would mean Turney would have to wait another year before racing in cars. 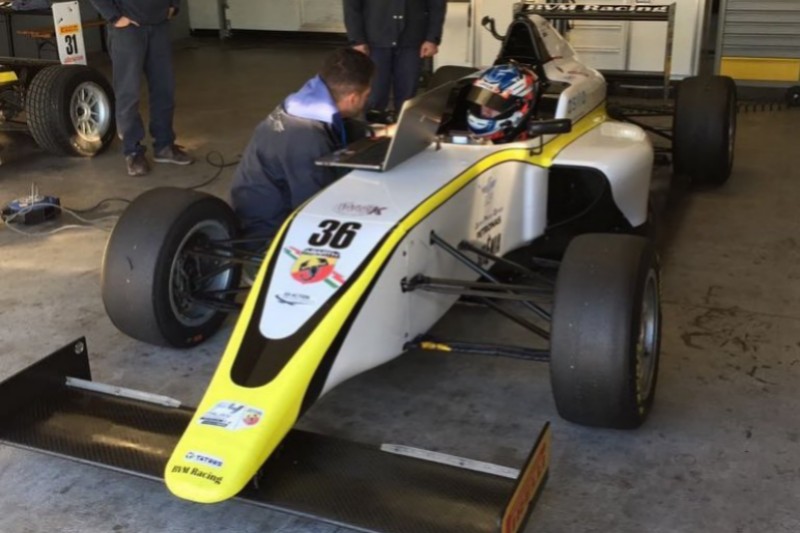 Two impressive F4 tests, one with Double R Racing at a wet Pembrey and another with BVM Racing in Italy, looked like all the seat time Turney was going to get after signing a deal with the crack Ferrari Driver Academy-linked Tony Kart team to race OK class karts in Europe, a move Turney admitted to Formula Scout would use up a significantly larger slice of budget than another Senior X30 season.

Like Alex Albon’s 2018 Formula 2 seat, Turney’s British F4 deal with Carlin was not only last minute but covered just the first weekend of racing.

It’s at the behest of Turney’s management at Williams Harfield Sports Group whether he turns up to the second round at Donington Park, but on performance alone there’s no argument saying that he shouldn’t.

Pole position came despite having less testing time than anyone else, and he predictably made a poor start from his first ever attempt as a result. He did fade away thereon, but applied that experience into the next races.

The fall to sixth meant he started from the front again in the reversed-grid race two, and although he was bettered off the line again it was a far stronger getaway. Turney was looking for grip on different areas of the drying track to his rivals, one of whom lost all grip and crashed, and the other who lost the lead having not expected Turney to be so quick on his alternate line through Clark Curve.

Turney then perfectly executed a safety car restart from the lead, but a overambitious use of the exit of Paddock Hill Bend, while also struggling with tyres, indirectly led him to dropping positions. He almost lost another after being punted by Josh Skelton at the Druids hairpin, but excellent car control saved an almost inevitable spin.

It took two laps of the third race for Skelton and Turney to touch again, and this time Turney dropped to eighth with a broken front wing. He then spent until lap 24 of 26 defending the position, eventually conceding it after another Paddock Hill Bend miscalculation.

The mistakes were costly, but for a rookie with minimal testing it should be remembered that without them he was in winning positions each time. 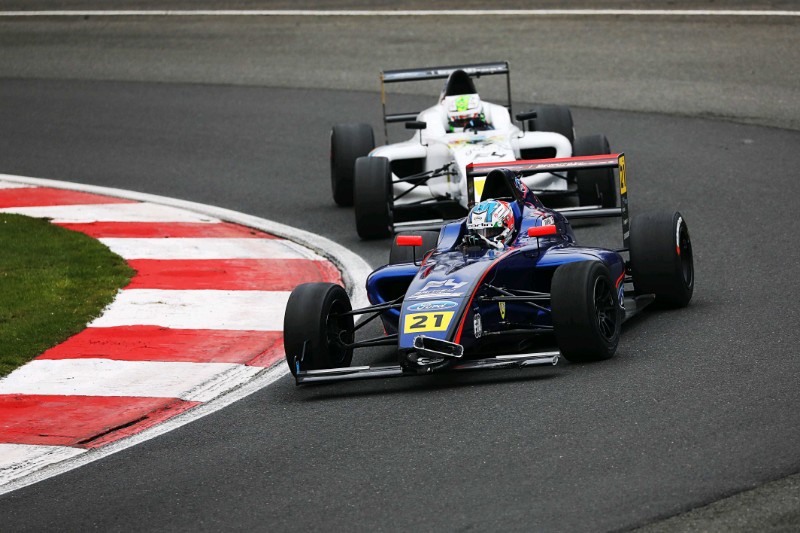 How the other ‘real’ rookies fared

Turney’s Carlin team-mate Zane Maloney was the one caught out at Clark Curve, and then had the same trick played twice on him when Richardson Racing’s Luke Browning went for the lead on the last lap. This time it resulted in the Barbadian spinning down to seventh and missing out on a $5000 cheque for victory.

He was on the podium in the other two races, and picked up the greatest amount of points on a first weekend for a Rookie Cup competitor since Dan Ticktum in 2015.

Fortec’s Roberto Faria never appeared up front, but did not have a huge amount of test miles like Maloney has picked up over the last year and scored in all three races.

Reema Juffali may already have a few car races under her belt in Dubai, but her racing career only started last winter so the Saudi Arabian was really the most inexperienced in the field. It was therefore impressive she was just a second off the pace in qualifying, and kept out of trouble in the races to pick up two points.

Ginetta Junior graduates Browning and Louis Foster (Double R) were two of the most exciting to watch, and their knowledge of Brands Hatch showed with Browning winning from the back of the grid twice until he was penalised for the Maloney clash, a victory Foster inherited. 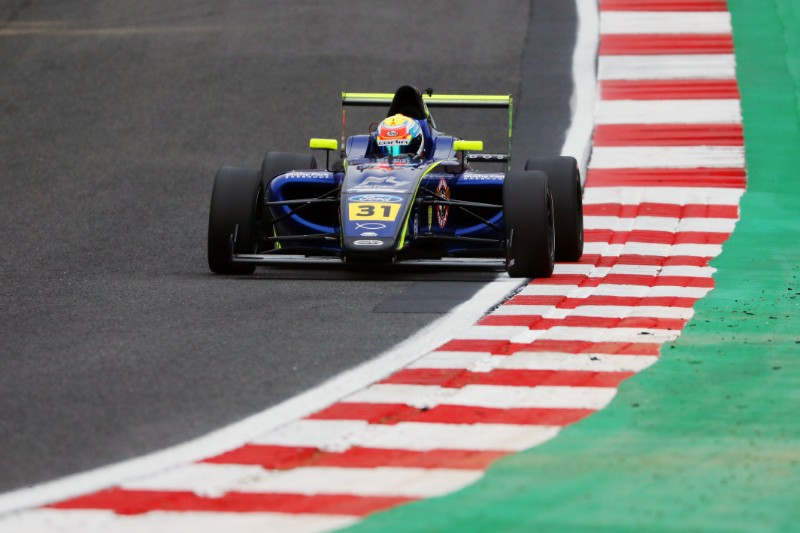