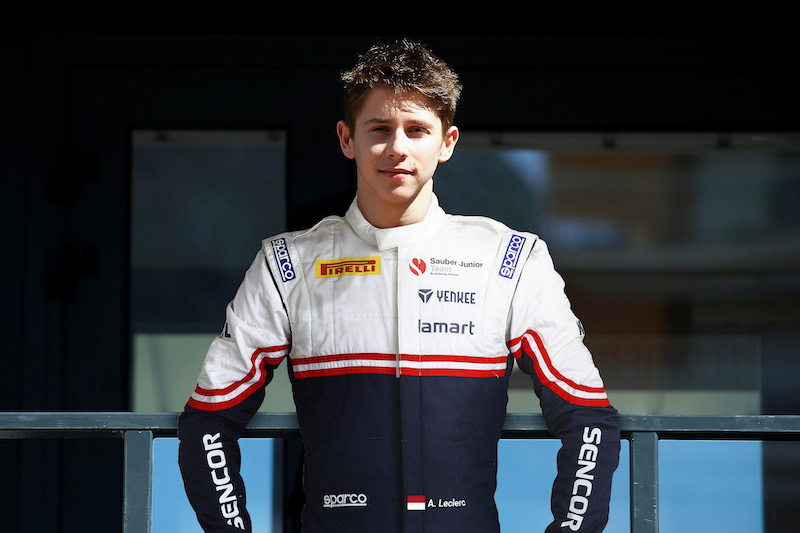 Arthur Leclerc, the younger brother of Ferrari Formula 1 driver Charles, has joined the Sauber Junior Team setup to compete in Formula 4 with US Racing this season.

Leclerc, 18, made his car racing debut in French Formula 4 last year, having previously contested just one full season in karting back in 2014.

Although he finished fifth in the standings, he did occupy second place prior to a difficult final round. He has tested Formula E this year in his development role with the Monaco-based Venturi team.

Leclerc completes the inaugural line-up for the Sauber Junior Team, tied to the F1 team that his brother raced for in 2018.

“I?m super excited to be part of the Sauber Junior Team,” he said.

“It?s a serious programme that is affiliated to an F1 team and my brother was part of Sauber as well during 2018.

“This is an opportunity that means a lot to me. My car will be completely different and much faster than the F4 car I drove in France, but my target is to win and move on to the next racing category.

“It?s been great to work with the guys at US Racing and Charouz. It?s a proper team and I already feel really confident with them and the car.”

Sauber boss Frederic Vasseur added: “It is a pleasure to see the Sauber Junior Team?s driver line-up for the 2019 FIA Formula 4 Championship be completed by Arthur Leclerc joining the team.

“Arthur has demonstrated his dedication and skills over the course of the past year while competing in the French F4 Championship and will now take his next step by competing on an international level.

“The Sauber Junior Team will set out to challenge teams in F2, F3 and F4 with a strong selection of drivers this season. We look forward to following their progress closely.”

As well as Charouz-run teams in FIA Formula 2 and Formula 3, the project includes the US Racing F4 squad, which already competed under a shared banner with Charouz last year.

They are part of a 17-driver entry list for ADAC F4 released ahead of the opening round at Oschersleben later this month.

The list includes top Formula Renault squad R-ace GP, which expanded into F4 in the final round of last year’s Italian series and will field second-year F4 drivers Gregoire Saucy and Laszlo Toth.