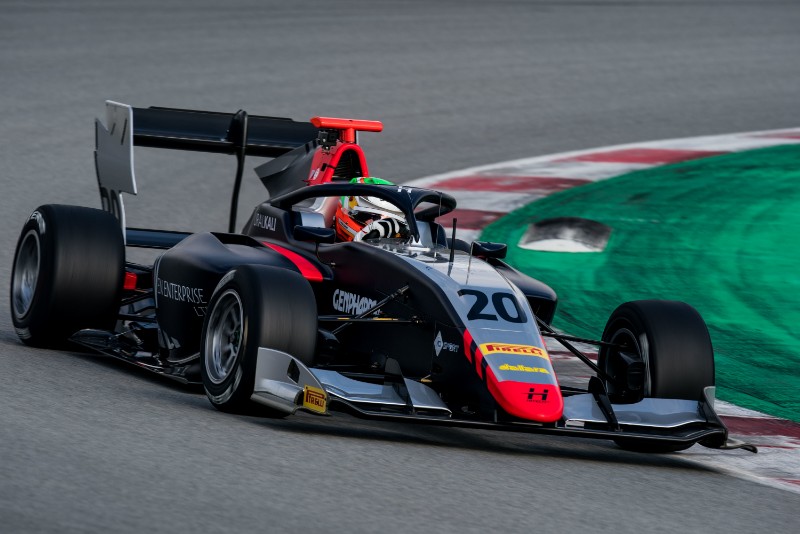 Hitech GP’s Leonardo Pulcini set the pace on the first day of FIA Formula 3 testing at Barcelona, which was held in mixed conditions.

Pulcini, who was twice a winner in GP3 last year and won the 2016 Euroformula Open title, was ahead by the midway point of the dry morning session and improved on his best in the closing minutes of the morning.

It was close behind Pulcini for second, with Prema’s Robert Shwartzman initially holding the advantage after Andreas Estner caused a red flag in his second test for Jenzer Motorsport.

Red Bull junior Liam Lawson ended up bettering Shwartzman by 0.001 seconds with half an hour to go, which left the MP Motorsport man second at the end of the day.

HWA Racelab’s Jake Hughes was only 0.01s behind them in fourth, in the most convincing display yet for the debuting German team.

The weather worsened ahead of the afternoon session, but the rain managed to stop before the pitlane opened again.

In the end it was reigning EF Open champion Felipe Drugovich who was fastest for Carlin, albeit 0.277s slower than Pulcini’s morning best, with ART Grand Prix’s Max Fewtrell a close second. Their team-mates David Beckmann (ART) and Logan Sargeant (Carlin) completed the top four.