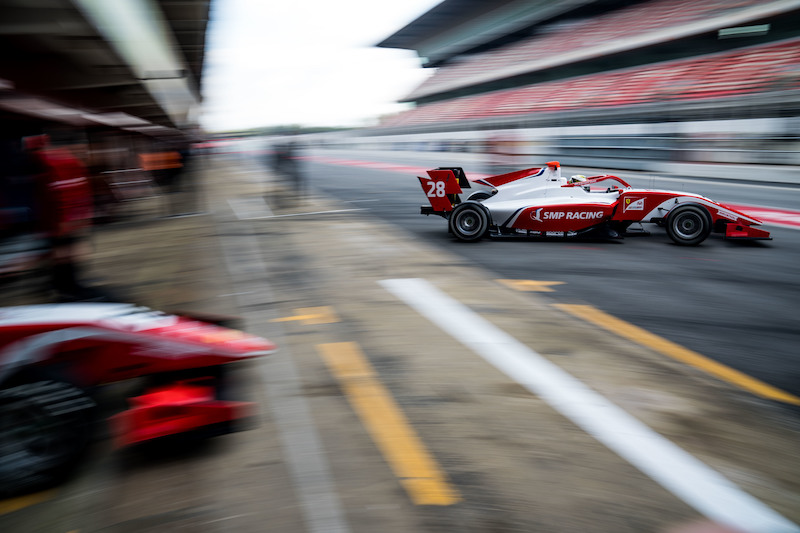 The massive overhaul of Formula 3 in Europe over the off-season, led by the FIA, has had a considerable impact on the junior single-seater scene.

It created great uncertainty for teams and drivers alike, which began early in the 2018 season and has continued right up to this point, with the former European F3 championship closing its doors just late last month after its attempted continuation as Formula European Masters fell flat.

What was intended to form a clearer ladder towards Formula 1 has in some ways actually created more confusion. We take a look at the question marks that hang over the championships that remain as the season approaches.

Will FIA F3 live up to its name? 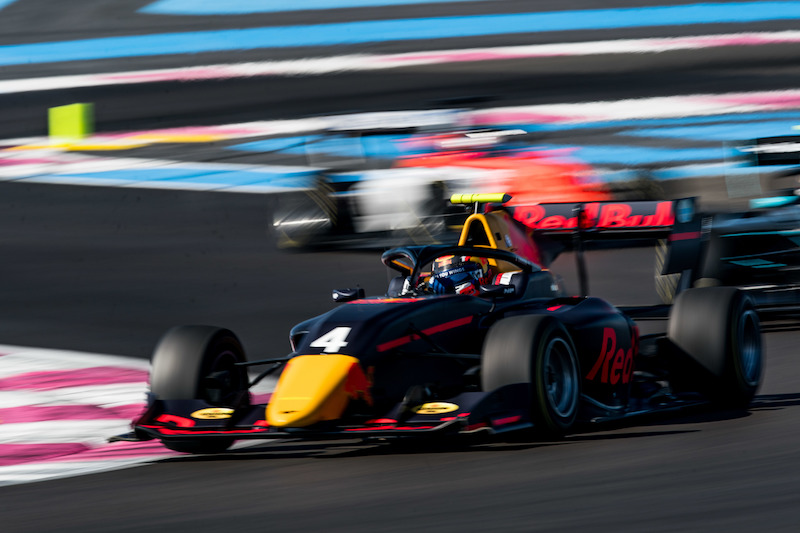 One thing is clear about the FIA F3 Championship: It?s popular with drivers. It?s had no difficulty filling its 30-car grid with some of the best talent around: winners from GP3, European F3 stars, the top four from last year?s Formula Renault Eurocup and the lead pair from Euroformula Open, plus top Formula 4 graduates from Germany and Japan.

The quality of those drivers and the prospect of the intense competition between them will surely go some way to satisfying the many doubters that the new series has. It?s hard to argue that the basic concept of having F3 on the Formula 1 support bill and the exposure that will come with it is anything other than a positive step for junior single-seater racing, but the implementation has been more controversial.

For some, the new F3 is not F3 at all, but simply a rebrand of GP3. This was always going to be near-unavoidable, so long as the F1 promoter ? and by extension, GP3 founder Bruno Michel ? would be responsible for its establishment. The car certainly bears a stronger resemblance to GP3, even though it does incorporate the greater aerodynamics of a previous-generation F3 car.

Aesthetics alone is not a good enough reason to knock the new F3, but there are legitimate concerns that it cannot possibly replicate the previous formula?s strength when it comes to developing drivers, and also over the limited track time. Then there?s the inclusion of perceived ?gimmicks? such as deliberately-degrading tyres, DRS and reverse grids ? designed to create a good show and arguably not as great at showcasing the most talented drivers. At least the strength of the field means the Sunday races shouldn’t create unworthy winners this season, unlike in GP3?s latter years.

Whether the new F3 helps or hinders the development of drivers may only be confirmed over a number of years as graduates move up the ladder. As long as the series captures the wider imagination as hoped, and helps us to establish which of the many talented drivers on show are the ?real deal?, its first season ought to be a success. The excitement is definitely building for the first round next month.

Can the Formula Regional European Championship justify its existence? 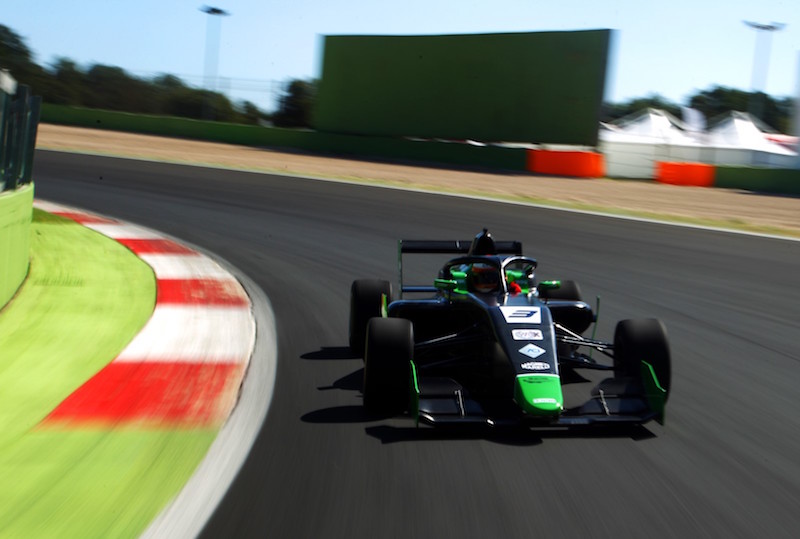 The scale of the overhaul for F3 in Europe for 2019 was exacerbated by the FIA?s desire to establish its Regional F3 concept on the continent following the creation of similar series in America and Asia. The advent of the FIA F3 Championship made this goal more pressing, as it only further widened the gulf between FIA-approved F4 and F3 that has proven difficult for all but the most talented drivers to bridge over recent years.

For decades, a successful category has existed in this void: Formula Renault. But the FIA has always been reluctant to support it, and has instead been set on developing its own solution. Renault Sport was prepared to go as far as to adopt the FIA’s preferred way of thinking in order to run the Regional F3 series for Europe, but the FIA instead backed the formation of a brand new series from those behind the Italian F4 championship, with the might of Prema and the Ferrari Driver Academy behind them.

There is a grave danger that this ‘European F3’ (Liberty Media gaining a stranglehold on the F3 moniker in Europe means the new series carries the rather cumbersome title of Formula Regional European Championship) serves to be nothing more than ‘Italian F4 plus’, particularly with an inaugural calendar that is 50 per cent within Italy. Then there is the feared dominance of Prema, which has run four out of five Italian F4 champions to date.

However, while FREC won’t travel north of the Alps in 2019, the two teams that give Prema a run for their money in German F4 – US Racing and Van Amersfoort Racing – will both commute south with David Schumacher and Sophia Florsch respectively, the latter coming with the Dutch team after the collapse of the old European F3.

If both outfits can bring in some extra driving strength, they could make it a contest worth watching, but the confirmed car count remains barely into double figures heading towards the first race weekend despite the significant serving of superlicence points on offer.

Will the Formula Renault Eurocup?s big gamble pay off? 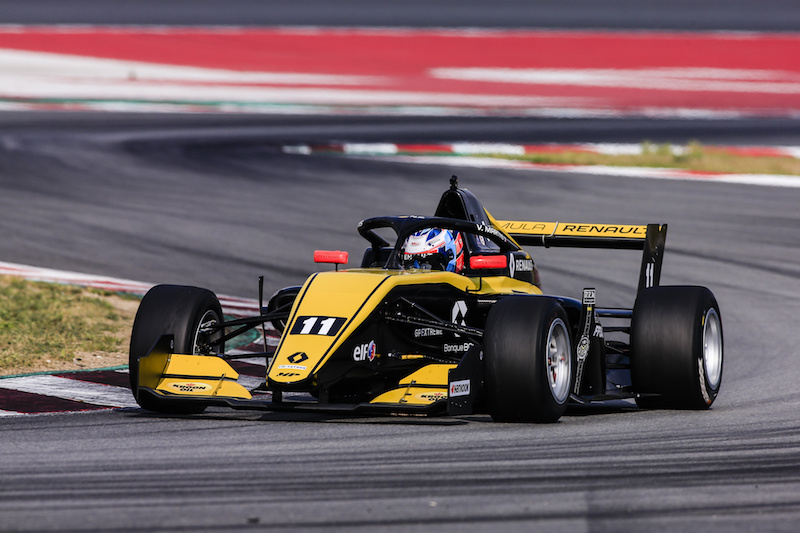 Despite the snub from the FIA, Renault Sport decided to press ahead with its switch to a Regional F3 car. Given the long-running success of Formula Renault and the strong health of the Eurocup – it boasted a grid of close to 30 cars last year – it is a considerable gamble, but one Renault hopes will keep its series relevant in the face of its new competition.

The concept initially proved popular, with all but one existing squad committing alongside considerable interest from new teams, with leading Italian F4 squad Bhaitech, Toyota Racing Series champion M2 Competition and Fernando Alonso’s FA Racing by Drivex all getting entries.

There were fears however as to whether Tatuus would be able to supply each team with three cars alongside its commitments to FREC, W Series and Asian F3. One team boss expressed that very concern to Formula Scout last October, and in December, Josef Kaufmann Racing cited car delivery time among the “many unanswered questions” that triggered its withdrawal.

To some degree, those fears were realised when pre-season testing began, with some teams still awaiting delivery of all of their cars, putting some signed drivers at a disadvantage and maybe putting others off from signing up altogether. Tech 1 Racing and AVF both joined the withdrawers, the former despite taking part in the initial shakedown.

But come this weekend’s first round at Monza, 22 cars will be on the grid – only two fewer than at the final round of the 2018 season and considerably more than its FIA-supported rival looks set to have at Paul Ricard. In its favour, its offer of places on the Renault Sport Academy and a calendar exclusively made up of F1 venues, including Monaco and, for the first time, Abu Dhabi.

Can Euroformula Open make the most of stability? 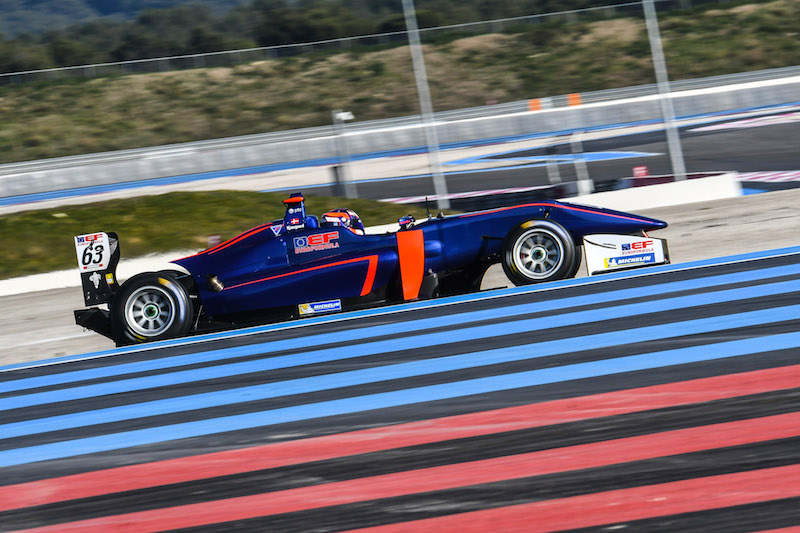 As early as August last year, Euroformula Open looked to capitalise on the uncertainty in F3 and make an enhanced offer to teams and drivers. It opened its doors to the HWA and Spiess (read Mercedes and VW respectively) engines that had been the bedrock of the FIA European series, allowing them to race alongside its existing?Piedrafita-tuned Toyota units with a GT-style Balance of Performance system.

The move would allow European F3 outfits to transfer over without needing to change their engines, adding appeal to a series that operates ‘traditional’ Dallara F3 cars at a fraction of the cost on a calendar full of F1 circuits. When Formula European Masters opted for a purely DTM-based schedule, Spanish promoter GT Sport stepped in to save the Pau Grand Prix, which may have otherwise ceased to exist, at least for single-seaters.

For whatever reason, EF Open has always struggled to be popular among the best drivers and at first it struggled to make significant gains in the market. Instead it was Formula European Masters getting interest from new teams – no doubt encouraged by the departure of Prema – with Fortec even set to take two drivers with it. The most promising news for EF Open was it finally securing Double R Racing with its British champion Linus Lundqvist and Red Bull junior Jack Doohan.

However, FEM eventually bit the dust and EF Open immediately looked set to benefit. Motopark will transfer over with two more Red Bull proteges, Liam Lawson and Yuki Tsunoda, and Fortec will also return. With established frontrunners RP Motorsport, Drivex and Campos still to potentially add drivers, the grid could well top 20 cars. Then it will hope to provide a champion as promising as 2018 winner Felipe Drugovich, but with a more exciting fight to decide it. 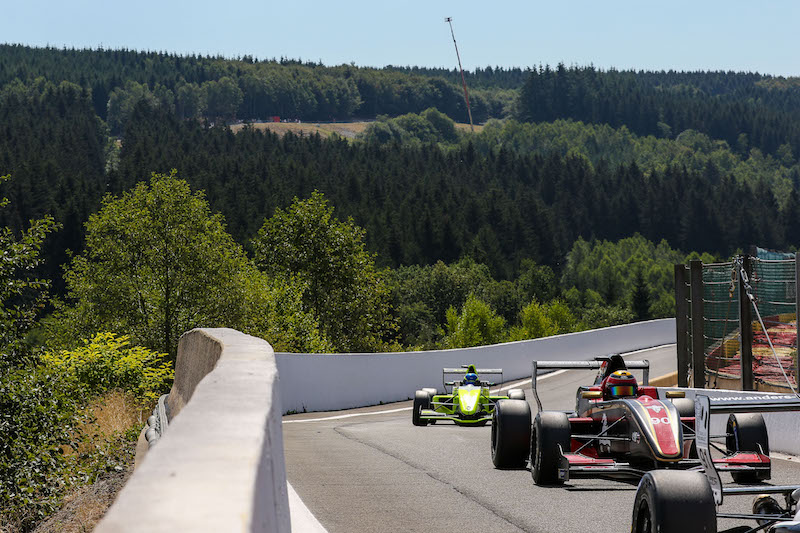 Long before Formula European Masters called its quits, another championship had fallen victim to the F3 overhaul: Formula Renault NEC.

Renamed Formula NEC, it was supposed to be run to the same regulations as last year’s Eurocup, with continuing Renault Sport support for two years, and become a litmus test of Regional F3’s popularity when head-to-head with FR2.0 in Europe. Lacking the driver interest to sustain the championship, it’s clear that Regional F3 has already won this Renault-backed battle.

A seven-round calendar had been announced, with six F1 circuits and a Pau support slot, and no clashes with the Eurocup. A prize structure was already in place too – to attract rookies who would then move on to the Eurocup.

According to NEC’s series manager Jurgen Evers there’s at least 40 FR2.0 cars in Europe, and there was enthusiasm from Eurocup teams to continue running their fleets. Instead, those cars will now hope for a second lease of life in either the?VdeV Challenge or its new upstart rival, Ultimate Cup Series, both of which are more popular with amateur and gentleman drivers than those looking for a professional career.