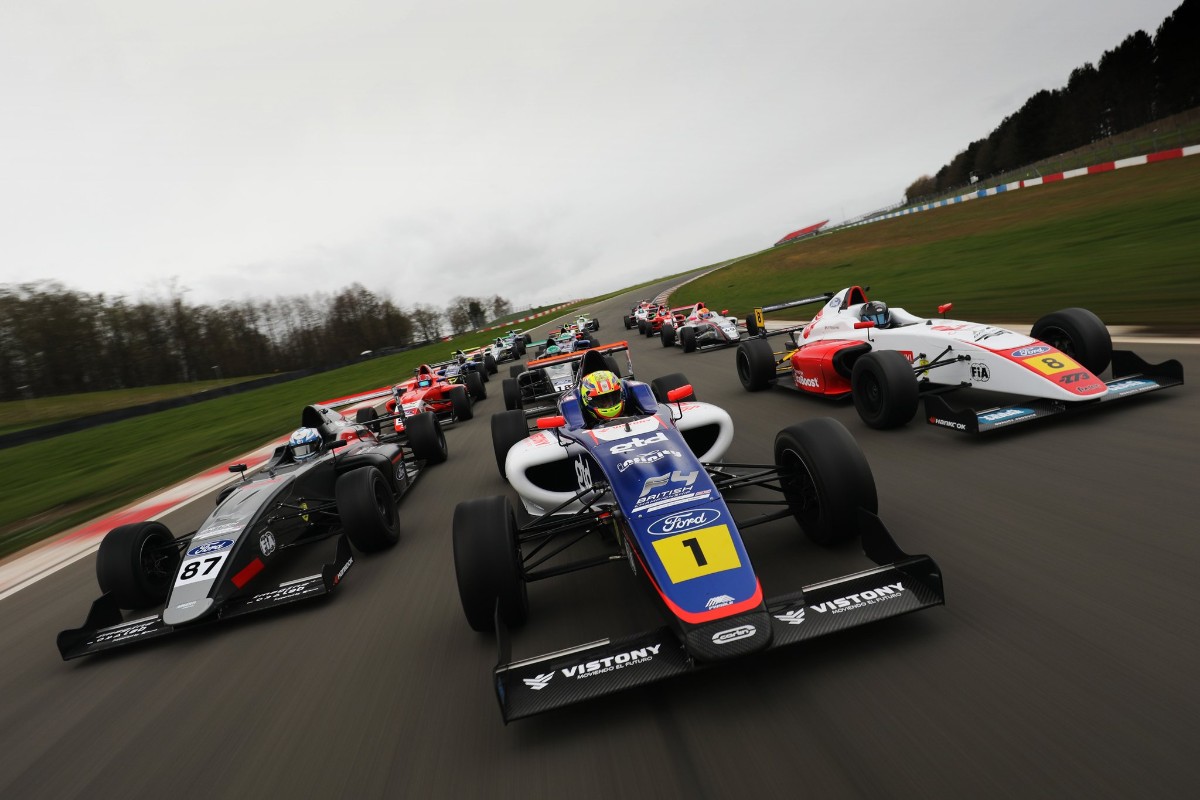 Even before the coronavirus-enforced delay, the start of the 2020 British Formula 4 season was highly anticipated due to a talented line-up that promises to produce a tight title battle, says Bethonie Waring

After a four month delay, that anticipation has not dissipated.

As the championship’s inaugural champion secured his maiden Formula 1 podium this month, many of the drivers in the 2020 field are looking to follow in his footsteps, making the step up from the closed-wheel Ginetta Junior to single-seaters.

Of the six Ginetta graduates in this year’s line-up, the title favourite for many is JHR Developments’ James Hedley.

The 16-year-old comes into the season after winning the 2019 Ginetta Junior title in dominant fashion, finishing with an 89-point buffer over title runner-up Zak O’Sullivan.

Hedley spent 2019 with Elite Motorsport, which has been the team to beat in Ginettas in recent years. While the past few years have been positive for JHR, it hasn’t been on the same title-winning run that Carlin – where O’Sullivan will race – has.

“They’re a good team,” Hedley said of JHR at the championship Media Day in March. “JHR has come second twice in the championship, so they’ve got potential. Hopefully third time lucky for them.”

The team has had some strong performances in recent years. Last year, Josh Skelton surprised with a record podium run in the second half of the season, seemingly from nowhere, to be an outside title contender. Before him, Ayrton Simmons finished second in 2018 and Sennan Fielding came ever so close to the 2016 title. 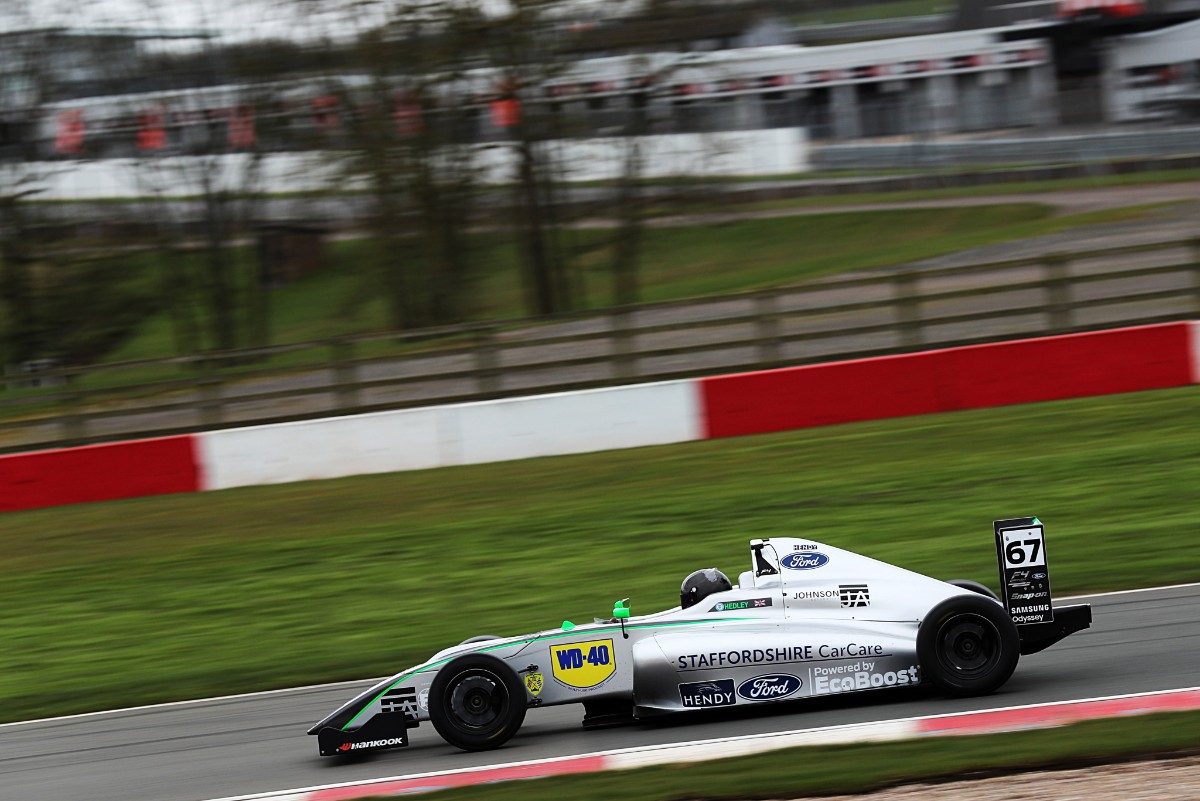 Hedley has good reason to be confident going into 2020. He’s already proven he can beat five of the drivers he will be competing against, albeit in a different type of car, and he topped the times in last year’s inaugural Scholarship shootout.

“Obviously everyone’s going to have done a lot more testing since then, but it’s good to know we were the fastest when everyone has had not a lot of testing,” said Hedley. “To be fastest then was definitely a confidence boost and it keeps me motivated through all my tests.

“People have also moved up from Ginettas who I beat last year, so I think that will give me a mental advantage,” he added.

However, despite many British F4 drivers coming from Ginettas, nobody has taken back-to-back Ginetta Junior and F4 titles. Jamie Caroline is the only driver to have won both, but he was a sophomore winner in each series. Contrary to popular belief, Lando Norris did not win the Ginetta Junior title when he raced in the series in 2014.

If Hedley were to be champion this year, he would make history as not only the first to take back-to-back titles, but also the first to deny Carlin a British F4 drivers’ champion.

“Obviously, Carlin is going to be up there. They’ve won the championship every time they’ve done it. We’re going to be trying to change that, but they’re probably going to be my main competition.”

One such Carlin driver – and one many other drivers pointed to as their main competition – is O’Sullivan. 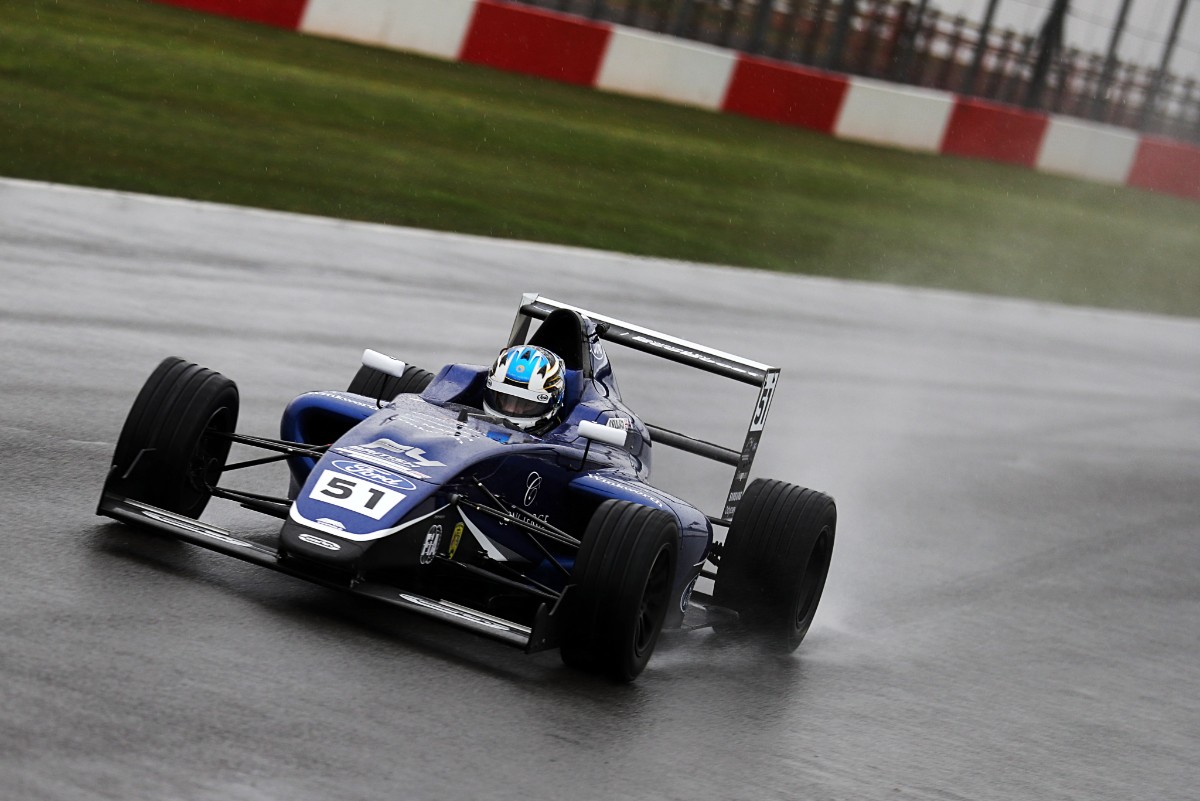 “I think we should be up there,” O’Sullivan said. “So far in testing we’ve been fast. I don’t want to be complacent, so I’m still working as hard as possible to achieve what we think is possible.

“We don’t really know until we get to free practice one at Donington Park how quick we are or how quick everyone else is. During testing, we’ve been focusing on ourselves.”

O’Sullivan is joined at Carlin by karters from the Netherlands and Peru, and an Australian F4 refugee, who unlike O’Sullivan are all eligible for rookie classification honours.

Matias Zagazeta, from Peru, is the biggest unknown and will race the #1 car, while Dutchman Marijin Kremers – who earned his drive in the Jacques Villeneuve-supported FEED Racing France shootout – will run the #31, the same number used by the team’s 2015, ’16 and ’19 champions.

Christian Mansell switches continents after his local F4 series was brought to an end after the poorly-contested 2019 season.

All three should be ones to watch, especially in the battle for top rookie. The only other classified rookies on the grid (with Ginetta graduates not being eligible) will be Fortec Motorsports’ Rafael Villagomez and Arden’s Frederick Lubin.

This season will also feature the debut of British F4’s inaugural Scholarship winner. The shootout was open to all drivers who had competed in fewer than three F4 races, and offered £35,000 in prize money for the winner to use towards a season in the championship. After a wet evaluation test at Silverstone in November, Casper Stevenson was named the victor. 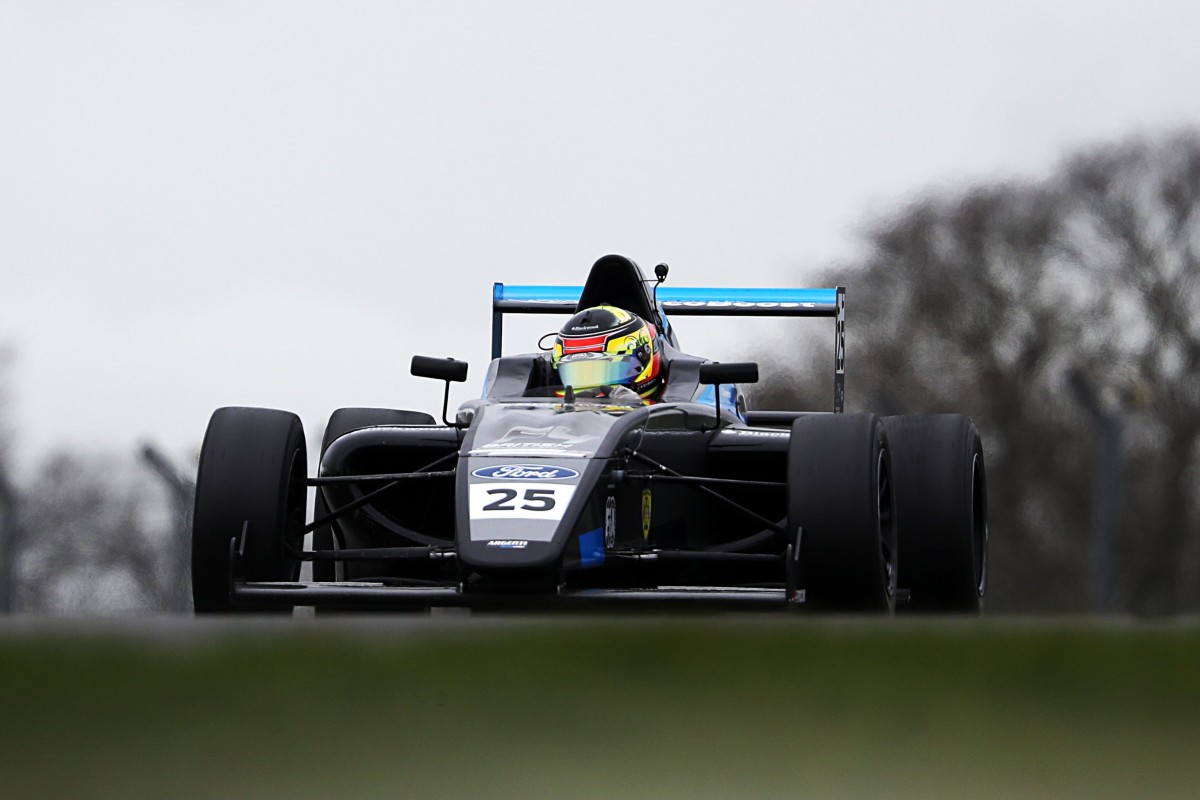 Stevenson, another Ginetta graduate, will run with Argenti Motorsport, a new entry looking to pick up where last year’s teams’ champions Double R Racing left off.

Being the inaugural Scholarship winner comes with pressure for Stevenson, with many of those he was against for that Scholarship also making the move to F4. But Stevenson also sees it as a confidence boost.

“It was probably unlikely that I would be here [without the scholarship],” Stevenson explained. “I’d have probably done another year in Ginetta Juniors.

“Winning the scholarship gave me a lot of confidence going into 2020 and maybe helps forget about a lot of the problems in Ginetta Juniors and start fresh. It’s a good way to start the F4 career.

The 2020 grid is dominated by championship newcomers, but there are three drivers hoping to take the title the second time of asking:

Of the trio, Browning finished highest in last year’s championship, coming sixth overall with two victories early in the season. He makes the switch from Richardson Racing, the team he has spent the past three years with.

“It was multiple things [that sparked the move],” Browning revealed to Formula Scout. “I think it was time to move on. I spent three years with Richardson, I progressed a lot. I’m so thankful for what they’ve done for me. They’ve really got me on the map, made me the driver that I am.

“It was a natural progression for me. The Fortec offer came up and they’re [a team] we can go win the championship with.

“We’ve got the car to win the championship now, the people around me, I’ve got so much support to go and do it. I can’t wait to get out there for the first round.”

Of everyone, the lockdown has probably benefitted Browning the most.

All three sophomore drivers have an advantage heading into the start of the season. Lockdown limited testing in the spring and early summer, meaning most of the testing took place in the wet winter months. For many of the rookies, the Media Day test was the first dry running they had in a single-seater outside of private runs. While all drivers have since been able to return to track, that gap in running through the spring will likely hinder some first-year drivers in the opening rounds.

Browning was beaten to the Esports title by virtual team-mate Chris Lulham, who is aiming for real-world appearances. 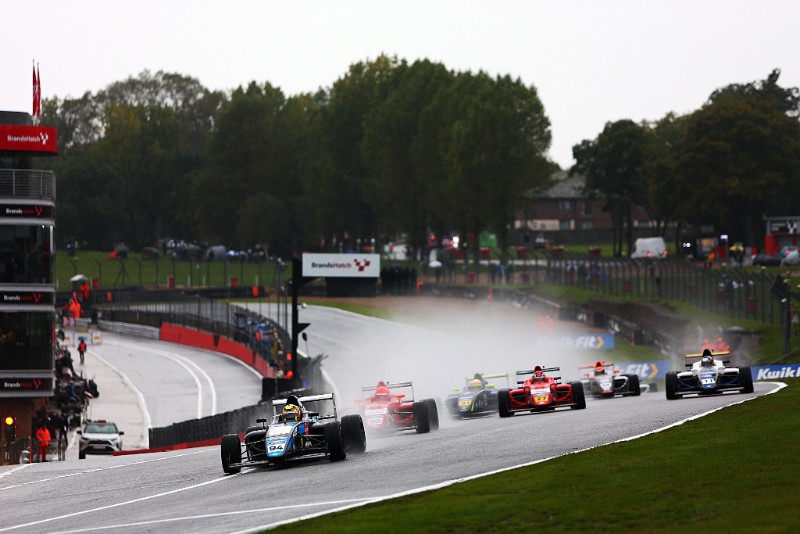 It may be cliche but any driver on the grid in 2020 has the potential to fight for the title. While early tests have indicated Hedley, O’Sullivan and Stevenson will likely be at the top of the order, we won’t know for certain who is quickest until qualifying at Donington Park. Even then, recent seasons have shown early frontrunners don’t necessarily stay at the top, and it’s impossible to be certain who will be leading the points come the season finale at Brands Hatch in November.

You can also enjoy this feature in podcast form. Click below to listen, or head to Breaker, Google Podcasts, Overcast, RadioPublic, Pocket Casts, Castbox, Apple Podcasts and Spotify.