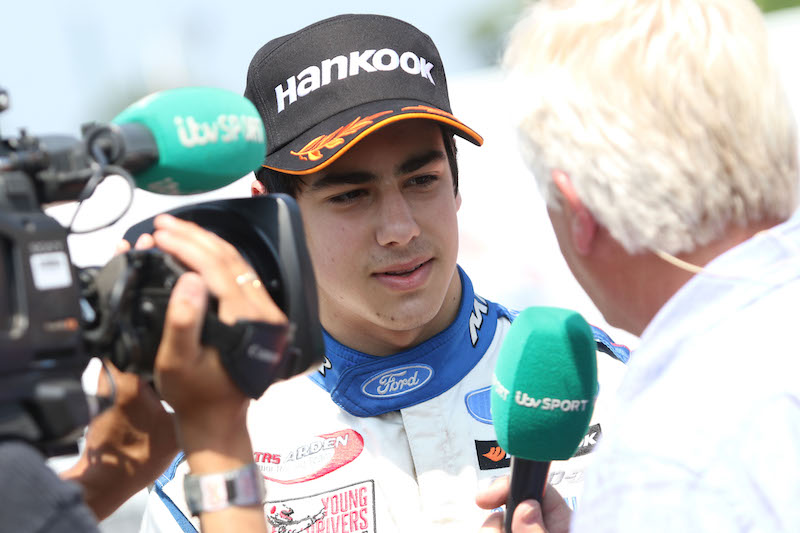 The Brazilian racer spent two years in British F4, first with SWB Motorsport and then with Arden, and finished ninth in the standings in both seasons, taking a win at Oulton Park during 2016.

He spent 2017 on the sidelines but arranged a deal to return with Pelfrey through his manager, who previously placed compatriot Nicolas Costa at the team in 2014.

?My goal is to become a professional driver and to be the best I can be,? said Martins.

?This whole process started when my manager, Luigi Di Nizo, had another driver he was managing that drove for Team Pelfrey and had a good year and a great experience here. We feel this is a great opportunity to take the next step in my career.?

Di Nizo added that IndyCar driver Tony Kanaan??has kept an eye on Rafa?s steps for the last few years and is helping Rafa transition to North American open-wheel racing and the Road to Indy.”

Martins has also enjoyed the guidance of Kanaan’s friend Rubens Barrichello in the past.

Pelfrey general manager Jonny Baker said: ?Rafael is an excellent addition to Team Pelfrey and the Mazda Road to Indy.

“He?s a proven race winner in Europe, and we have been impressed with his all-around performance both in and out of the car.

“I?m sure making the move to North America is an exciting one for him, and Pro Mazda is definitely shaping up to be competitive in 2018.”

Five things we learned from the 2018 Toyota Racing Series