Five things we learned from the 2018 Toyota Racing Series 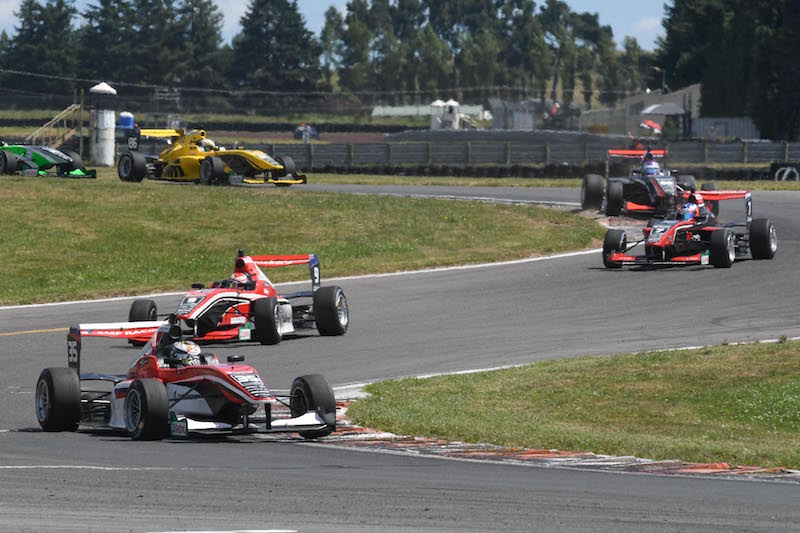 The Toyota Racing Series is nice simply as a fix for junior single-seater fans in the northern hemisphere during the winter months, but it’s the standard of drivers that take part that really make it worth watching.

That both Lance Stroll and Lando Norris made the trip to New Zealand and won the title early on in their carefully?choreographed routes to Formula 1 shows how strong an indicator TRS can be of which drivers will be the ones to watch for the rest of the year and beyond.

While overall grid numbers were smaller this year, there were again several exciting prospects battling at the front and another close three-way title fight that went down to the wire, with Robert Shwartzman eventually coming out on top over Richard Verschoor and Marcus Armstrong after a very late twist. Here’s five things we learned from the 2018 series. 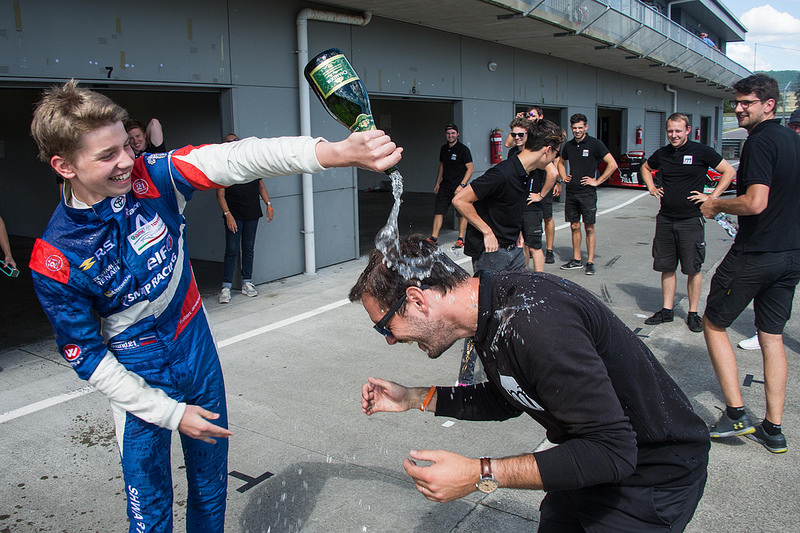 Robert Shwartzman only announced he had joined the Ferrari Driver Academy in October, but the development programme already appears to have had an impact on the 18-year-old.

Consistency was key to Shwartzman?s Toyota Racing Series campaign. He only managed to take a single victory from 15 races, but never finished lower than fifth. In a championship where just one mishap can derail a near perfect title charge ? see Richard Verschoor ? caution and solid performances were essential.

It was an entirely different performance to Shwartzman?s Formula Renault Eurocup season last year. In that, though he showed signs of being a future star, his performances were more erratic. He won the opening race of the season, only to retire from the following race. There was no doubt Shwartzman was fast and his three race wins from the first three rounds proved he had talent, but he lacked the consistency needed for a real championship challenge.

Then came the final round of the season and Shwartzman?s first races after his FDA deal was announced.

The Russian was unstoppable in the opening two races at Barcelona, picking up two lights-to-flag victories. Newly crowned champion Sacha Fenestraz prevented a hat-trick, but Shwartzman still finished second in the final race, a solid performance and a sign of what was to come over the winter.

Given the short timeframe, it would be unfair to say Shwartzman?s change in fortune has been entirely down to Ferrari’s input, but his new status has clearly had some effect.

Verschoor can thrive in life after Red Bull 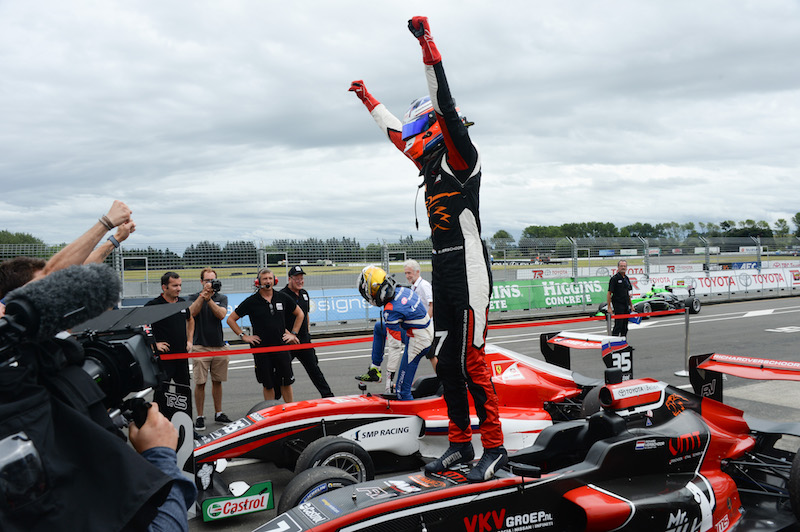 Richard Verschoor staked his claim as a serious contender for this year’s Eurocup title with a stellar second TRS campaign.

Being dropped from the Red Bull junior programme only seems to have spurred the Dutchman to a new level.

He won six of the 15 races, while champion Robert Shwartzman won just one. Marcus Armstrong won twice, but both of those came on the opening weekend of the championship at his home circuit.

Verschoor was consistently the fastest driver and for the second successive year, one ounce of bad luck cost him the title.

Last year it was a collision with Armstrong mid-way through the season. This year it was a gearbox problem, which led to retirement from second place in the final race of the opening weekend.

It put him on the backfoot, and he was playing catch up all season long.

Without that retirement from the third race at Ruapuna, the scores would’ve stood at the end of the season as Verschoor 911, Shwartzman 849, and Armstrong 826.

Had the championship been one round longer, Verschoor would quite probably have taken the title, but as history has shown, missing out on the TRS title is no bad omen for the year ahead.

Take Alex Lynn for example, who was beaten to the 2013 crown by New Zealander Nick Cassidy. Come November of that year he was a Macau Grand Prix winner and had finished third in his first full European F3 season.

Verschoor is sticking around in Eurocup for a second year, while his TRS rivals are moving onto F3.

His second TRS campaign has proven he can beat two of the highest-rated Formula 1 juniors outside of Formula 2, and there is no reason why he can’t continue that level of performance, and become Josef Kaufmann Racing’s third successive Eurocup champion.

Armstrong and Shwartzman are closely matched heading to F3 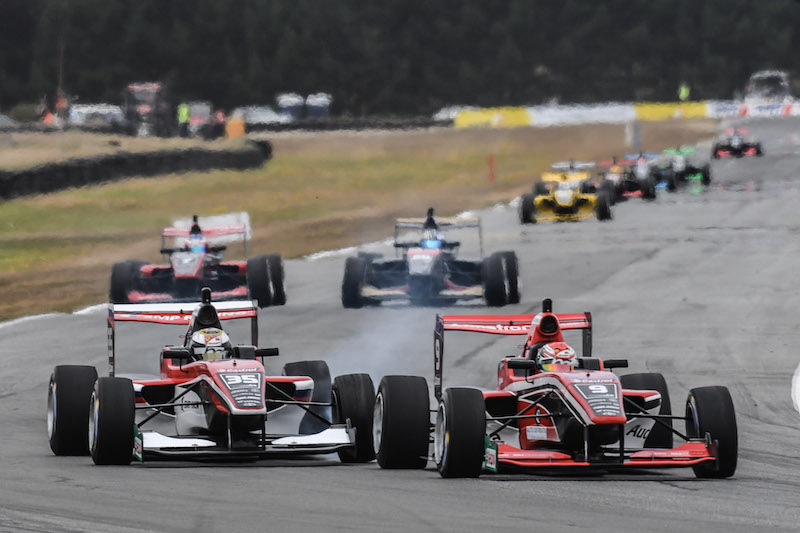 With Prema Powerteam?s two new European F3 recruits going head to head for the first time, TRS gave us the best insight as to what to expect from Marcus Armstrong and Robert Shwartzman this year.

Though Shwartzman ultimately came out on top, Armstrong proved a strong challenger and the pair were evenly matched over the course of the season.

Like Shwartzman, Armstrong was aiming for consistency in New Zealand. He wasn?t always the fastest driver on track ? only taking one pole position and one fastest lap over the course of the series ? but he drove with a level head that put him on the podium in 10 of the 15 races.

The 17-year-old showed clear improvement from this time last year.

Previously, it would not be strange to see Armstrong getting involved in a clash and dropping down the order when battling in the mid-pack.

Now, with more experience, he was able to carefully and cleanly move through the field in TRS without error. His only incident all season was entirely out of his control.

Armstrong may have finished 15 points behind his F3 team-mate to be, but he is more than capable of challenging Shwartzman and the Prema rookie battle looks set to be one of the tightest team-mate fights in junior single-seaters this season.

Novalak is a great single-seater prospect 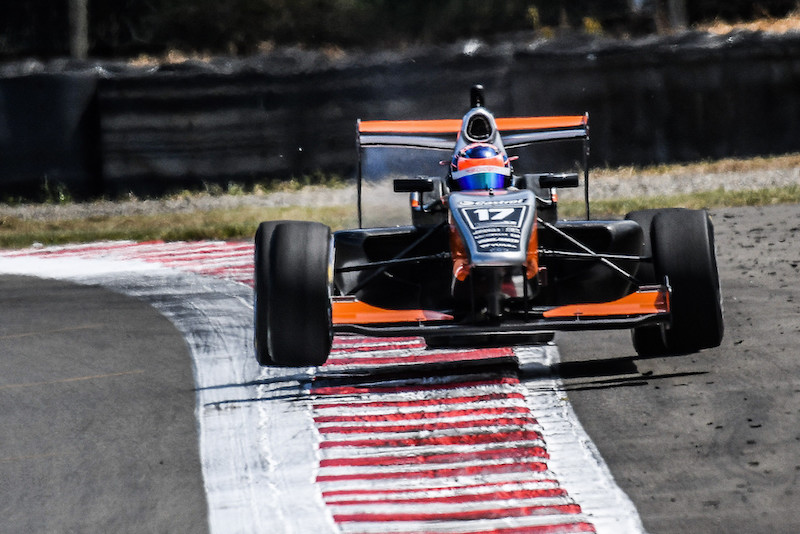 Born in France, raised in Switzerland, based in Britain and a world class karter, Clement Novalak may be able to add ?single-seater star? to his CV very soon.

His run to fifth in the TRS standings is the best ever for a car racing rookie, and his two victories meant he actually stood on the top of the podium more times than champion Shwartzman did.

Shwartzman, and the other three drivers that finished ahead of Novalak in the standings, ran with M2 Motorsport, while Novalak drove for Giles Motorsport.

He was therefore the team leader, with team-mate Reid Harker, the 2017 Toyota 86 Championship runner-up, lacking the pace to mix it with him at the front.

Key to Novalak?s success was his preparation, based around the services provided by Glen Gower and Gerard Gray.

Gower, who has spent four decades working as a mechanic and engineer, has been involved with Novalak for the past three years and assisted the 17-year-old’s transition to cars, while Gray is his personal trainer.

“I prepared with a lot of hard work both on and off the track,” Novalak told Formula Scout.

“I did some test days in both the Formula Renault and British F3 cars to get some on-track experience, but also used simulators to learn all the tracks in New Zealand.

My goal coming into TRS was to learn and gain as much racing experience to bring back to Europe, not considering the result too much.

“So all in all the results were a bonus. I didn’t expect to be on the pace as quickly as I was.”

The collaborative efforts of Novalak, Gower and Gray proved worthwhile, with two wins, one pole, three fastest laps and a new reputation as one of single-seater racing?s rising stars.

TRS is still in good health 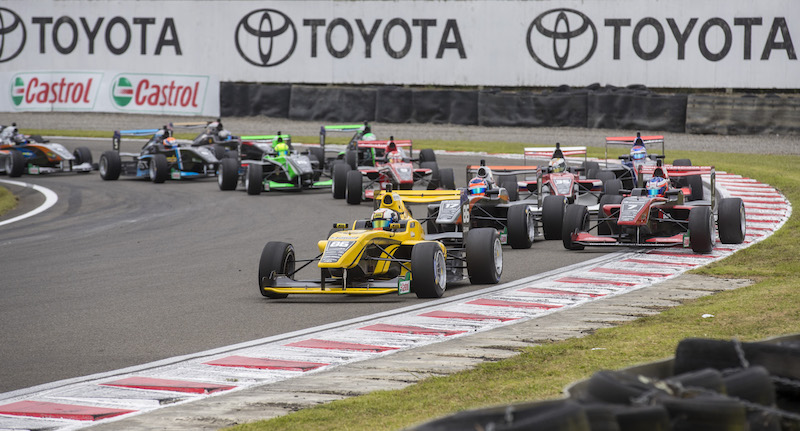 Having usually been oversubscribed in recent years, the TRS took a big hit to grid numbers this year, with only 13 cars competing at four rounds and just 12 at the other.

It is perhaps no coincidence that this occurred in the first series to be run after?Barrie?and Louise Thomlinson stepped down as category managers. They had been key to making it a success internationally, with Barrie regularly travelling to Europe and North America during the regular season to get prospective drivers to sign up.

It was this side of things that suffered this year, with only eight overseas drivers ultimately making the trip, with the lack of demand in part enabling seven Kiwis to take part including local legend Kenny Smith’s Manfeild cameo.

There are caveats to this however. At least four international drivers – two of them having even been announced by the series – are believed to have withdrawn late on from agreements to race in the series for a variety of reasons. Without that, grid numbers could have sat at an entirely respectable 17.

It must also be said that while the quantity of drivers decreased, the quality did not. In previous years, the strength of the drivers in the second half of the grid has been debatable, but this time, every driver had pedigree.

Then, in Shwartzman, Verschoor and Armstrong, TRS had arguably its strongest set of title contenders since Alex Lynn and Lucas Auer took on Nick Cassidy in 2013 (coincidentally, just before they stepped up to European F3 with Prema).

That two Ferrari academy drivers made the journey to take part, and that Shwartzman ultimately won the title at the first attempt, can only be good for the series’ health. The same can be said for the fact that Novalak proved, contrary to previous evidence, that TRS can be a sensible place to make a car racing debut.

Then there’s the long-awaited arrival of live streaming which, in addition to making it easier for us to report on the action from the other side of the world, can only help drivers secure the backing to take part, particularly in the Americas and Asia.

While there is clearly some work for the new management team, including Frenchman Nico Caillol,?to do, don’t be surprised if the smaller grid this year was just a blip.