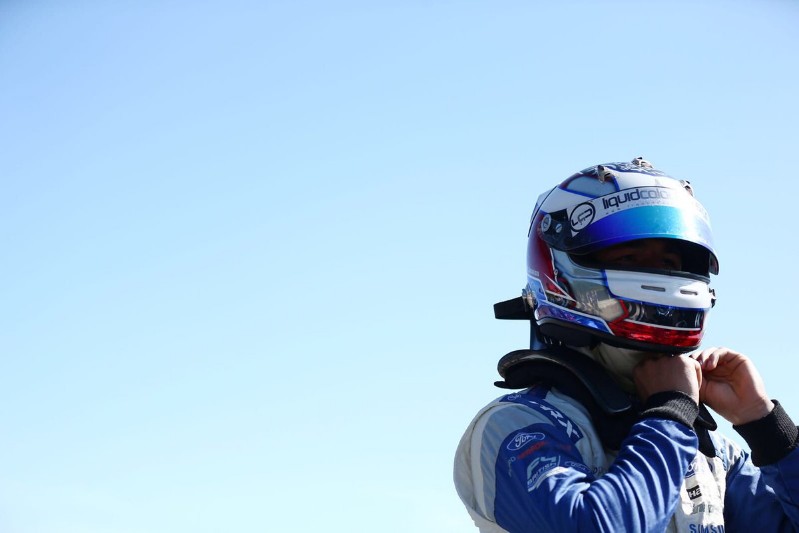 British Formula 4 championship leader Kiern Jewiss has been handed a 10-place grid penalty for the final Rockingham race as a result of a collision with title rival Ayrton Simmons in race two.

Jewiss, Simmons and Seb Priaulx collided at the Deene hairpin on the first lap of the second race, which put Priaulx out of action immediately and led to Simmons then spinning and beaching himself in the gravel.

JHR Developments driver Simmons was moving past Double R Racing’s Jewiss for third place on the outside under braking, when Jewiss locked up at the first apex of the hairpin. As Simmons turned in to overtake a wide-running Priaulx on the inside, his rear-left made contact with the front-right of Jewiss, whose brakes were still locked, sending him skating into Priaulx.

Simmons filed a report to the MSA about the incident, and Jewiss was initially excluded from the results for ‘driving in a manner incompatible with general safety’. After an appeal by Double R he was reinstated in the results, but with a 10-place grid penalty for the third race of the weekend.

“Plain simple, turning into Deene, Jewiss hit us and I hit Priaulx. Nothing I could do really,” Simmons explained to Formula Scout after the race.

“On the green flag lap the track seemed to be completely dry, so I don’t think it being damp can be used as an excuse. I gave him plenty of room, and there was quite a lot of space between all three cars, then halfway through the corner I was hit from behind.

“I was then a passenger and it’s unfortunate that two cars got wiped out and retired from it.

He added that Jewiss should be penalised for the collision, saying: “I think the stewards need to have a chat with some of the drivers and calm them down a bit.”

Jewiss saw the incident differently when he spoke to Formula Scout straight after the race.

“There was a bit of damage on a front wing endplate. It didn’t have too much effect, but obviously it wasn’t really helping.”

Jamie Sharp was disqualified from the race two results, despite not finishing anyway, after a collision in which he harpooned Hampus Ericsson out of the race.