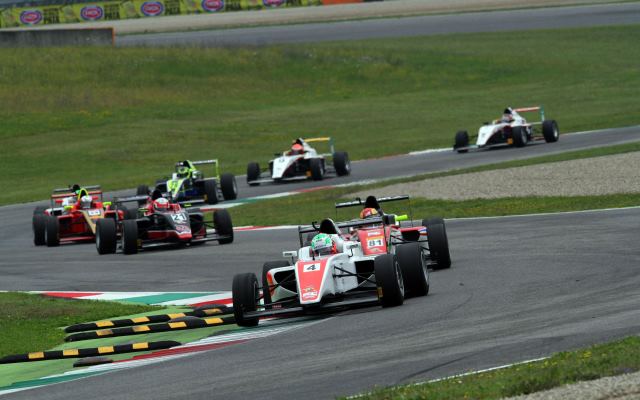 The BRDC F4 Championship will use a Tatuus chassis when it aligns to the FIA specifications for 2016.

The British series, run by Jonathan Palmer’s MSV firm, plans to adopt the FIA’s F4 concept in a move that would open the series up to 15-year-olds.

This follows a rule change by the MSA to allow 15-year-olds to race in certain single-seater championships, but only those meeting particular FIA safety standards. The existing BRDC F4 car does not apply, but the MSA-supported Formula Ford series once it meets FIA F4 specification from 2015.

The Tatuus car that the MSV has selected is already used in the Italian F4 championship this year and was last weekend adopted in Germany for their F4 series which will replace ADAC Formel Masters. MSV expects to retain the two-litre Ford Duratec engine currently used in the series.

Formula Ford is expected to select the alternative chassis available from Mygale, who already supply the overwhelming majority of Ecoboost cars used in the series at present.

MSV’s deal with Italian company Tatuus is an exclusive for the UK, and sees them agree to buy 26 cars with an option for a further four, “which it expects to take up in the next month given the extremely positive response from existing BRDC F4 teams”. The cars will be introduced in the 2015 running of the Autumn Championship and then used in the main series from 2016 for at least four years.

“The experience and reputation of Tatuus, best known for their highly successful Formula Renault cars, is outstanding, and they are already the world leaders in production of the FIA F4 car, supplying the launch Italian F4 championship,” said Palmer.

“We visited the Tatuus facility near Monza and were very impressed with their whole approach and the quality of the engineering of their F4 chassis. We established an excellent rapport with Tatuus principal Gianfranco De Bellis and I?m looking forward to exploring other projects together, combining MSV?s promotional expertise with Tatuus?s high quality, high value engineering.

?The FIA have done an impressive job on the specifications for FIA F4 cars and it is logical that we take advantage of this for our new car. I have no doubt the combination of the new Tatuus F4 chassis with MSV?s well established and highly successful F4 championship will mean the UK will have an outstandingly healthy F4 championship for the long term.

?It was always planned that we would have a new car to replace our existing chassis after three years. I am most appreciative of the excellent launch car that Ralph Firman designed and built, which has proved the perfect way to start F4 in the UK with big grids providing superbly close, reliable, affordable and safe racing. The existing MSV F4-013 chassis will continue to be used in the 2015 main championship, enabling our BRDC F4 teams to provide the lowest costs to competitors next season and unlimited winter testing.?

De Bellis commented: ?For us at Tatuus, it is just fantastic to have this opportunity to supply the new car for the BRDC Formula 4 Championship in England, under the promotion of Jonathan Palmer and his group. We are really confident and motivated. For Tatuus, this is a new and important partnership and we will do our best to reciprocate this trust.”