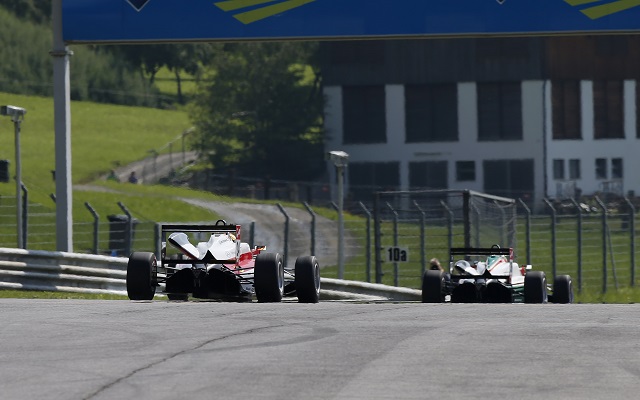 FIA F3 European Championship driver Brandon Maisano has split from Prema Powerteam in the middle of the Spielberg race weekend.

According to Prema, the Italian team and its French driver parted ways by mutual consent after the first race in Austria.

Maisano had been running 16th in that race until suddenly slowing on lap 15, dropping down to 26th, where he finished the race.

A former member of the Ferrari Driver Academy, Maisano first raced for Prema in 2012 in Italian F3, finishing third in the standings.

He was sidelined for much of 2013 after the loss of his Ferrari support but returned to Prema to compete in the new Italian F4 series last year, winning the Trophy classification for drivers over the age of 18.

As team-mate to team protege Stroll, he competed in the Toyota Racing Series at the start of this year and finished second to the champion Canadian, and was duly promoted to Prema’s European F3 line-up.

He sits 12th in the standings, with a best finish of fourth at Spa, but has only managed a best result of 10th in the seven races since the Belgian round.

“I wish Brendon a successful future in his next career endeavours.”