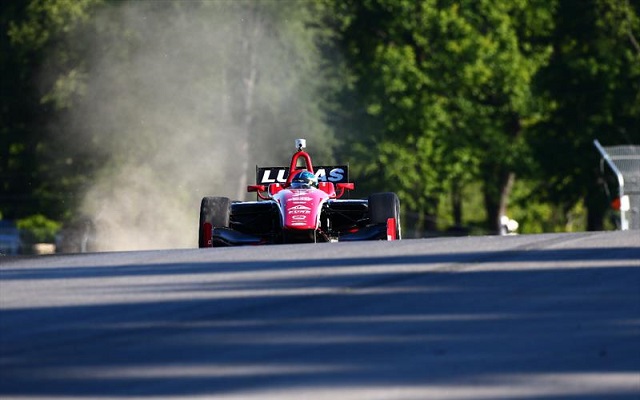 RC Enerson collected his first Indy Lights pole position in the championship’s penultimate round at Mid-Ohio.

The Schmidt Peterson Motorsports driver improved the most during the final laps of the session and ended up more than a tenth in the clear.

His teammate Jack Harvey was his biggest challenger, temporarily dethroning him on a couple of occasions, but the championship leader had to settle for second.

Max Chilton, race winner at Iowa Speedway, qualified sixth, with a gap of 0.07s ahead of Scott Anderson.

Kyle Kaiser and Juan Piedrahita ended up eighth and ninth respectively, while the third wheel in the title fight, Ed Jones completed a disappointing qualifying in 10th.

The field was completed by Ethan Ringel and Sean Rayhall, who returns to the series after his participation in the Freedom 100.