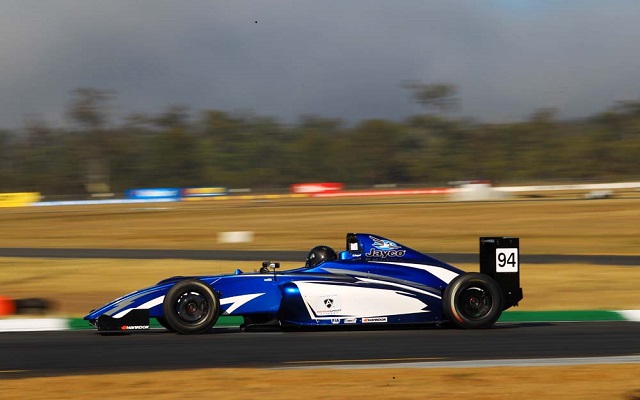 Jordan Lloyd took his third consecutive Australian F4 victory in race one of the championship’s second round at Queensland Raceway.

Having lost out by a tiny margin in the qualifying, Lloyd had to start second but a better launch than pole-sitter Thomas Randle allowed him take the lead at the start.

Although he could not shake Randle off, the BRM driver saw the chequered flag first, nine tenths ahead of Randle.

However, Brown suffered gearbox issues on lap six,?which forced him to retire. As such, Hayek reclaimed the final podium spot.

Jordan Love ended up eighth despite dropping to last at the start, as Francesco Maiolo and Zane Goddard completed the top ten.