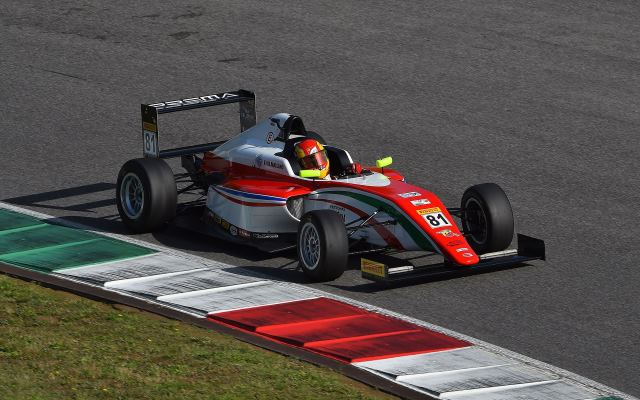 Brandon Maisano led from start to finish as he secured his first win in the Italian F4 Championship in race one at Mugello.

After starting on pole, the 21-year-old Frenchman claimed victory by just under 2.5 seconds from Prema team-mate Lance Stroll. Stroll’s second place allowed the Ferrari Driver Academy star to collect a full 25 points towards the championship, thus extending his lead.

Leonardo Pulcini lost third place to the fast-starting Joao Vieira off the line but managed to reclaim the place when the Brazilian driver ran wide a few corners later.

Mattia Drudi also found his way back past Vieira and pressured Pulcini until the end, but ultimately had to settle for fourth.

A five-place grid penalty left Andrea Russo starting way back in 15th place but the Diegi driver staged a fine recovery. He got up to ninth on the first lap and then worked his way past Lucas Mauron, Keith Camilleri and Alain Valente to claim sixth, finishing right on Vieira’s tail.

Gustavo Bandeira fell from sixth to 11th on lap one but came back to eighth behind Valente, with Camilleri ninth and Takashi Kasai passing Mauron for tenth.