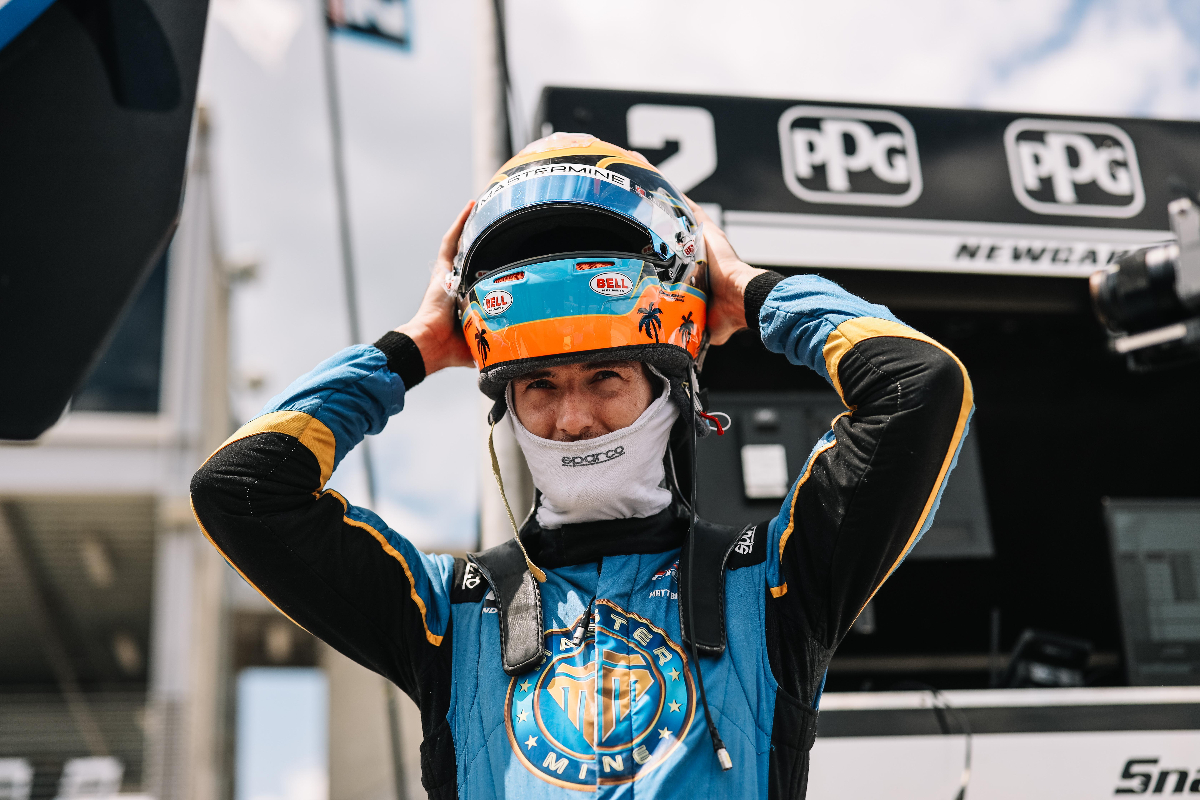 The Andretti Autosport driver spent most of the session at the tail end of the top 10, but a flying lap in the final minute allowed him to jump up the times and take first place. His 1m16.598s time was 0.0234 seconds quicker than the previous benchmark set by team-mate Hunter McElrea.

McElrea was one of the consistent frontrunners, swapping fastest laps with championship leader Linus Lundqvist and Benjamin Pedersen.

Lundqvist was the first driver to set a sub-1m17s lap in the final 10 minutes of the session, and his time was immediately beat by HMD Motorsports team-mate Daniel Frost.

Pedersen and McElrea then both took turns at the top of the order before Brabham’s final flyer. McElrea would have to settle for second, ahead of Pedersen and Frost.

Laptimes tumbled in the closing stages of practice, and Lundqvist was shuffled down to seventh below Sting Ray Robb and Christian Rasmussen.

It was a relatively trouble-free session for most of the field. A number of drivers, including Christian Bogle, suffered lock-ups and were forced onto access roads, but none caused any lasting damage.

Antonio Serravalle, who makes the switch from Abel Motorsports to HMD this weekend, was eighth fastest ahead of former team-mate Jacob Abel and Bogle. His Abel replacement Ryan Phinny was 2.4s off the pace in his first competitive Indy Lights appearance since 2014.