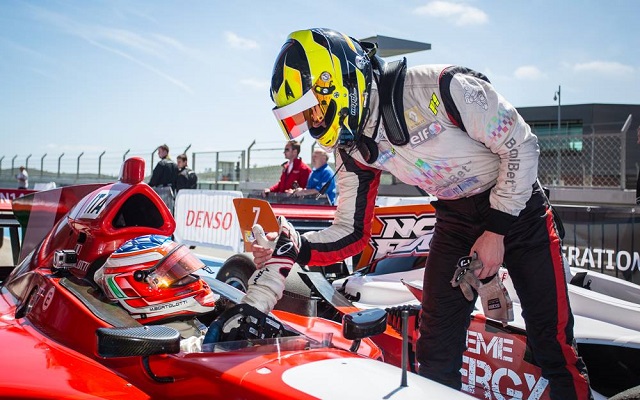 Bortolotti, who previously locked out pole for both races of the weekend, kept nearest rival Nigel Melker at bay to eventually cross the finish line five seconds ahead of the Dutchman.

The Italian led Melker by a second and a half over the first half of the race before pulling into the pits for his mandatory stop. Melker briefly inherited the lead but would follow suit a lap after, pitting in and emerging at the track almost four seconds down on Bortolotti.

From that point on, the former FIA Formula Two champion controlled the race, cruising to the checkered flag to become FA1’s first race-winner.

Team Sweden’s Felix Rosenqvist was on course to take third, but fell behind German racer Sebastian Balthasar in the closing stages of the race. As such, it wast the German F3 Trophy champion who completed the podium, with Rosenqvist settling for fourth.

Sergio Campana looked set for a solid points haul before ending his race early after a stop and go penalty.