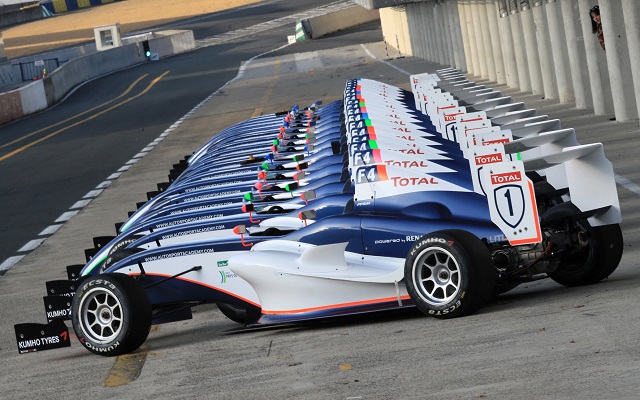 Bryan Elpitiya emerged victorious in the reverse-grid race of the French F4 opening round at Le Mans.

Elpitiya, who started the race from pole after finishing tenth on his debut, held on to the lead off the line, keeping fellow front row starter Reuben Kressner at bay.

After withstanding pressure early on, Elpitiya was given a break when Kressner came under pressure from pre-season favourite Felix Hirsiger.

The Swedish rookie defended well, allowing Paul Hokfelt to catch up to Hirsiger. The three of them traded places multiple times in the course of several laps, allowing Elpitiya to build up a very solid gap in the lead.

While Hirsiger and Hokfelt both eventually found their way past Kressner, the two of them would not manage to challenge for the race win, as Elpitiya proved to be out of reach.

And, while Hirsiger actually managed to close in on the race winner, Hokfelt soon found himself under immense pressure from race one winner Joseph Mawson.

As such, it was Elpitiya who took his first single-seater win in just his second race, with Hirsiger settling for second. Mawson managed to grab third when Hokfelt briefly ran wide, with the London-born Swiss man ending up in fourth.

Lotus junior Dorian Boccolacci was fifth, leading compatriot Valentin Hasse-Clot, who charged his way through from 13th on the grid.

Kressner recovered to seventh after a mid-race slump, with Simo Laaksonen in eighth. Russian duo of Vladimir Atoev and Denis Bulatov rounded out the top ten.

After two races, Mawson leads the championship with 42 points, ahead of Hirsiger at 28 and Elpitiya at 26.