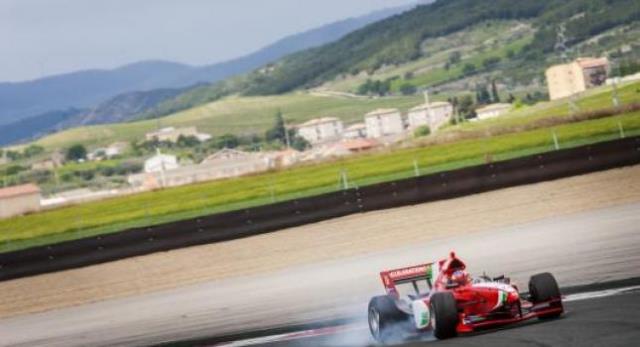 Mirko Bortolotti reclaimed his place at the head of the FA1 field by narrowly defeating Nigel Melker to top qualifying two at Navarra.

Melker had claimed pole in first qualifying on Friday with Bortolotti – who won both races at the first event at Portimao last week – only third.

But the 2011 F2 champion fought back on Saturday morning to beat Melker to first place by 0.078 seconds. Former GP2 and FR3.5 racer Melker was one of five drivers who had times deleted for not respecting track limits.

Series debutant Nathanael Berthon was third fastest, only a further hundredth of a second slower than Melker.