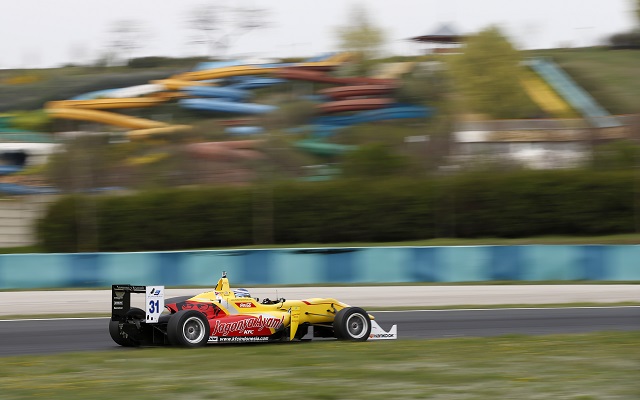 Carlin’s Tom Blomqvist was the first driver to go quicker than 1:24s in official FIA F3 testing at Spielberg as he topped the morning session of the second day.

Blomqvist managed a last-gasp lap to dethrone karting graduate Max Verstappen, who himself had taken over at the top from long-time leader Antonio Giovinazzi a minute earlier.

With the top three of Blomqvist – Verstappen – Giovinazzi separated by 0.2s, the rest of the field was headed by Jake Dennis, who made it three Carlin cars among the four fastest and locked out the top four for Volkswagen engines.