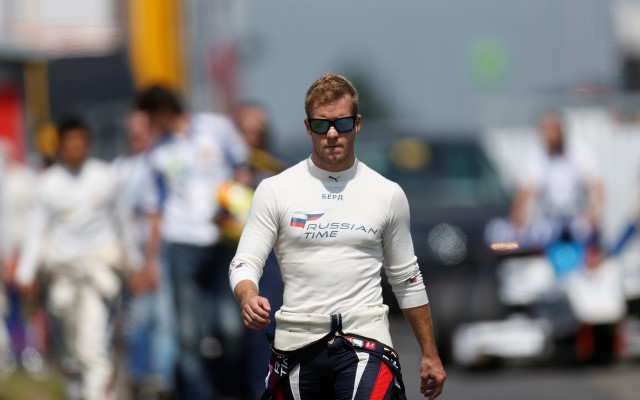 Sam Bird posted the fastest time in GP2 practice at the Hungaroring.

The British driver, who is currently third in the standings, finished the 30 minute session with a best time 0.352 seconds quicker than anyone else.

Sergio Canamasas was a surprise second quickest, the Spaniard visibly pushing the limits as he ran wide on more than one occasion.

Bird’s Russian Time team-mate Tom Dillmann took third ahead of James Calado, whose session ended halfway through when he slid off at high speed. Fellow frontrunner Felipe Nasr had already spun and stopped at the final corner in the opening minutes of the session before he had set a representative time.

Championship leader Stefano Coletti was 15th. Vittorio Ghirelli was the best of the newcomers in 17th, having replaced Fabrizio Crestani at Lazarus. Two spots behind him was Adrian Quaife-Hobbs, who has switched from MP to Hilmer in place of Robin Frijns. Quaife-Hobbs’ replacement Clos was 22nd having had a spin of his own, while Ricardo Teixeira was 25th, 4.4 seconds off the pace and ahead only of Nasr after replacing Kevin Ceccon at Trident.