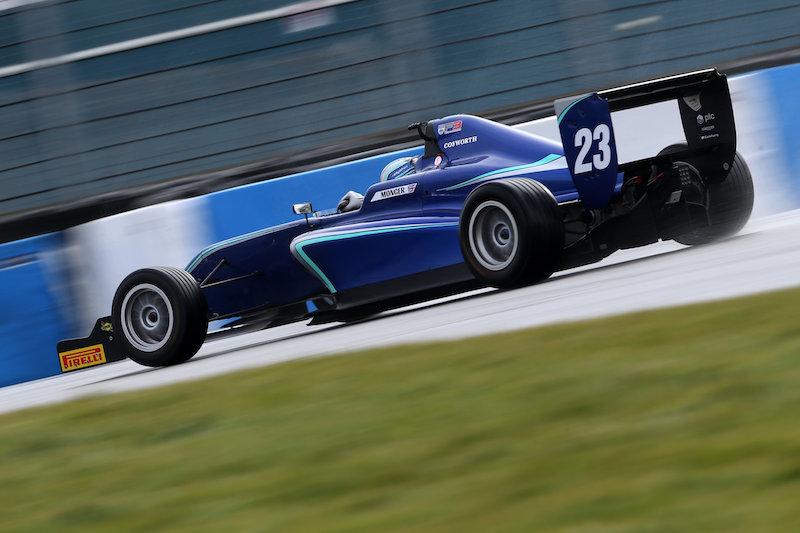 Billy Monger will be on the grid at the opening round of the BRDC British Formula 3 Championship at Oulton Park this weekend as he makes his return to racing.

The 18-year-old will race for Carlin having tested with the squad over recent weeks, after targeting a return to?single-seater competition?for this season.

His first race in BRDC British F3 on Saturday will come 349 days after the British Formula 4 accident at Donington Park which led to both of his legs being amputated.

Monger has yet to be announced to be contesting the full season, but Carlin has confirmed he will race his specially-adapted car at Oulton Park.

?It?s absolutely incredible to have him back on the grid,” a spokesperson was quoted as saying by Autosport.

“He helps motivate the team, he is competitive as well and has the potential to do a lot more. We want to be able to help him achieve his potential.”

Carlin has been given permission to run a fourth car – one more than usually permitted – in the series this year in order to accommodate Monger.

It has signed both Sun Yue Yang and Nicolai Kjaergaard to full-season deals, while Clement Novalak will also race for the squad around his Formula Renault Eurocup programme.

Excited to announce I'll be lining up on the grid for the first race of @BRDCBritishF3 this weekend. One race at a time for now but hoping to confirm for the rest of the season soon. Thanks @CarlinRacing and @Bayhar for your continued support ?? #BillyWhizz pic.twitter.com/YLA22G8G4f

Why Renault’s top student can continue his momentum in F2