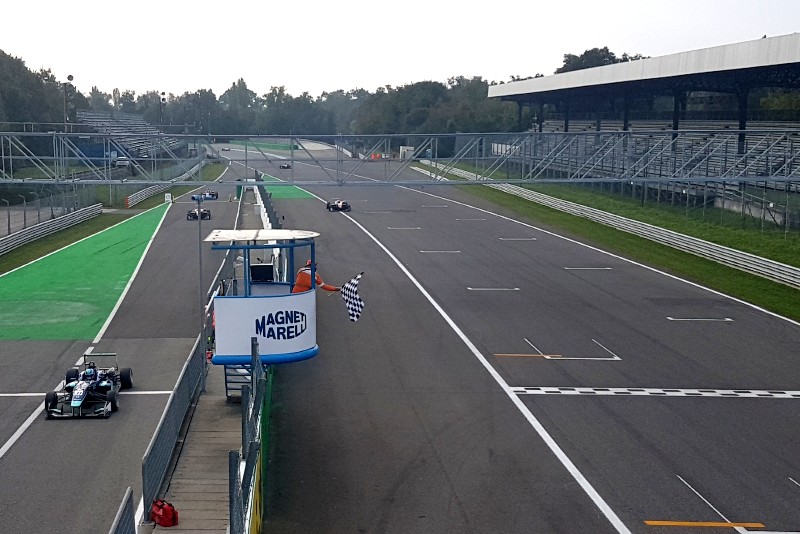 The Briton was in first place after every driver had completed their first flying lap, and improved early on retain the position.

His rookie team-mate Ido Cohen briefly took over at the top, before Double R Racing’s Linus Lundqvist improved by several tenths to claim first place. It was Carlin that ended the first runs on top though, with Teppei Natori moving into first place prior to the field returning to the pits.

With heavy cloud cover reaching the circuit, there was little in improvements when the cars returned to track, and it was with just under 10 minutes to go that Carlin duo Monger and Nicolai Kjaergaard towed each other to the top.

A rapid final sector, also with the benefit of a tow, meant Natori moved ahead for a few seconds before the rapid Monger and Lundqvist slotted back into first and second.

Natori was able to improve in third, but there were no changes in position until the chequered flag was waved, and Motopark’s Liam Lawson jumped up to fourth. His team-mates had varying fortunes, with a tow-free Yuki Tsunoda going 10th fastest and champion Marino Sato being slowest of all.

Teo Martin Motorsport’s Lukas Dunner, who leads the battle for second in the standings, had his best time deleted and ended the session in 13th. Indy Pro 2000 champion Kyle Kirkwood was just ahead, and set the fastest first sector of anyone.