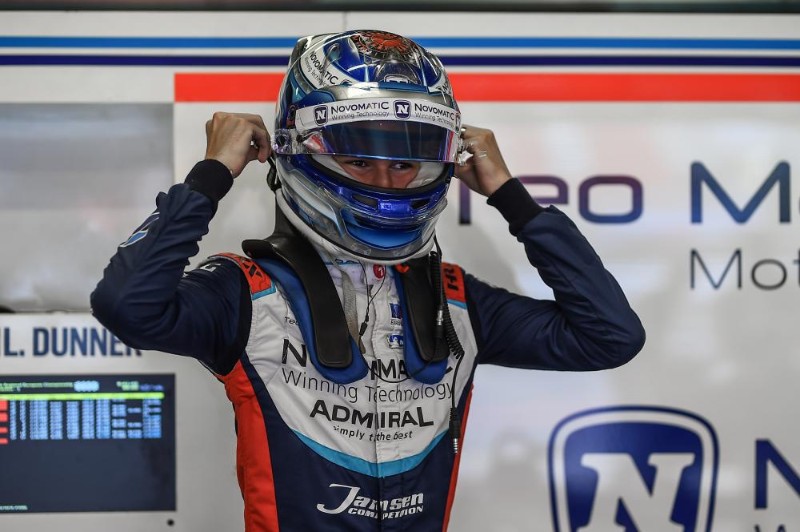 Lukas Dunner bounced back from a recent run of underwhelming form to set the pace in the second Euroformula Open free practice session at Monza.

The Teo Martin Motorsport driver, who once again is without a team-mate, set his quick laps in the second part of an interrupted session after switching used tyres for new ones.

His best effort was 0.031 seconds faster than Carlin’s Nicolai Kjaergaard, who joined Dunner in pitting before the chequered flag.

Motopark’s champion driver Marino Sato was slowest in the morning session, but was in the top five for all of FP2 and was at the top of the timesheet when proceedings were stopped by RP Motorsport’s debutant Lorenzo Ferrari crashing at Curva Parabolica.

Sato moved into third place with his penultimate effort, as neither he or Carlin’s Christian Hahn behind him improved on their last laps.

Jack Doohan set the pace for Double R Racing at the very start of the session but towed his way to fifth in the end, marginally ahead of Carlin’s Teppei Natori and Billy Monger.

Behind them were Cameron Das (Motopark), Linus Lundqvist (Double R) and RP Motorsport’s Kyle Kirkwood, who set the fastest first sector of anyone and was within a second of Dunner’s pace.