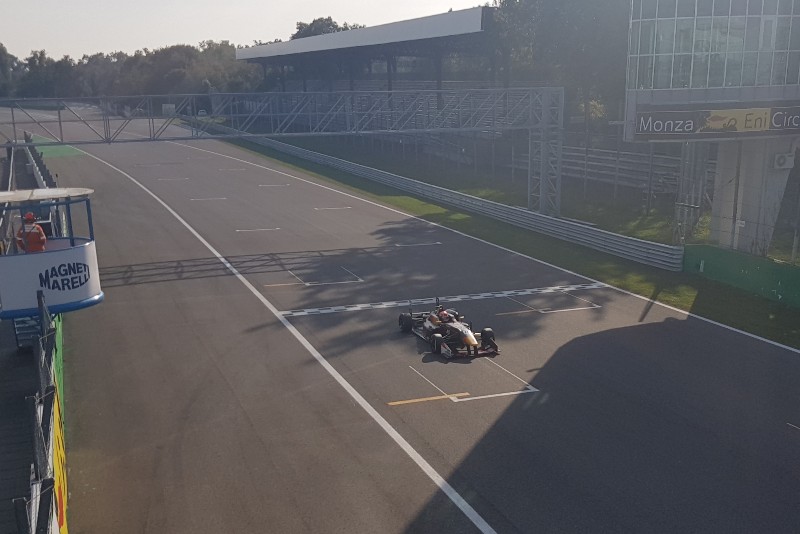 Red Bull and Honda junior Yuki Tsunoda led a Motopark 1-2-3-4 in the final Euroformula Open test of 2019 at Monza.

Tsunoda set his best lap with just under two minutes left of the second session of the day, receiving a tow from one of his team-mates across the line.

His Red Bull stablemate, and team-mate, Liam Lawson crossed the line a few seconds before and was 0.121 seconds slower, with morning pacesetter Cameron Das and champion Marino Sato completing the top four.

Christian Hahn topped the timesheet briefly for Carlin in the second session, and ended the day fifth overall.

Just over one hundredth of a second behind was team-mate Teppei Natori, who had captured a tow to go third fastest behind Das and Lawson in the morning.

Championship debutant Kyle Kirkwood was 14th fastest for the returning RP Motorsport, outpacing Formula 3 rookie team-mate Lorenzo Ferrari by over a second. Filip Kaminarz, the third new driver on the grid at Drivex School, was slowest.