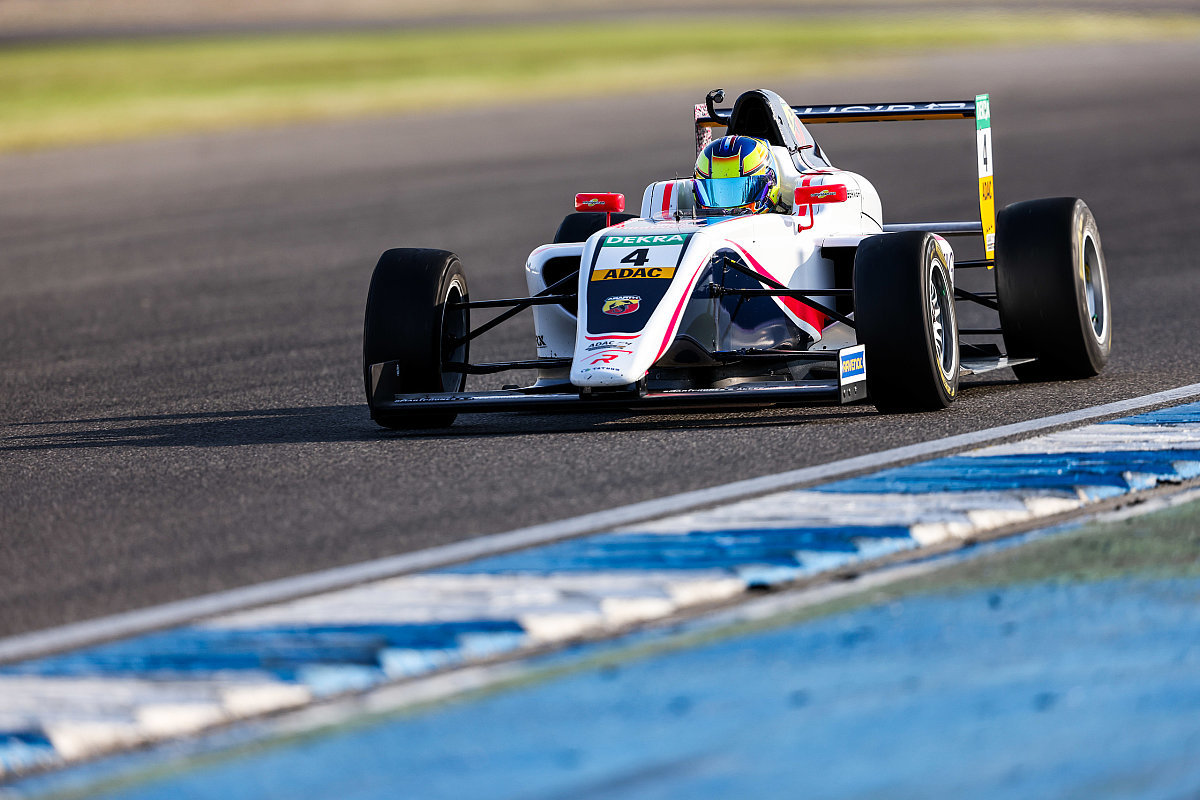 The race ended a few laps early with a red flag after a late lunge from Joshua Duerksen that wiped out Crawford.

Bernier had already taken the race lead, after many laps of half-moves and pulling alongside Crawford, and was beginning to pull away from the rest of the field when Duerksen attempted to pass three drivers up the inside at the hairpin with less than five minutes on the clock.

The Mucke Motorsport driver locked up, colliding with Crawford, but the rest of the field were able to avoid the pair. The safety car was brought out but, with time quickly running out, the race would not be resumed.

It had been a close-fought battle at the front of the field up until that point. Bernier was the main driver putting pressure on long-time race leader Crawford, but Gabriele Mini, Elias Seppanen and Duerksen were never too far behind.

After the incident, Mini and Seppanen were promoted to second and third, but the results were counted back a lap due to the red flag. Crawford was therefore classified second, ahead of Seppanen and Mini.

Durksen was recorded fifth, but may lose that position due to the clash.

Fracesco Pizzi spent the first half of the race battling Van Amersfoort Racing team-mate Johnny Edgar. The pair made contact and Edgar suffered a puncture that dropped him down the order.

Pizzi was able to continue to come home sixth, ahead of US Racing pair Tim Tramnitz and Ollie Bearman, while Sebastian Montoya took fastest lap on the way to ninth place for Prema.