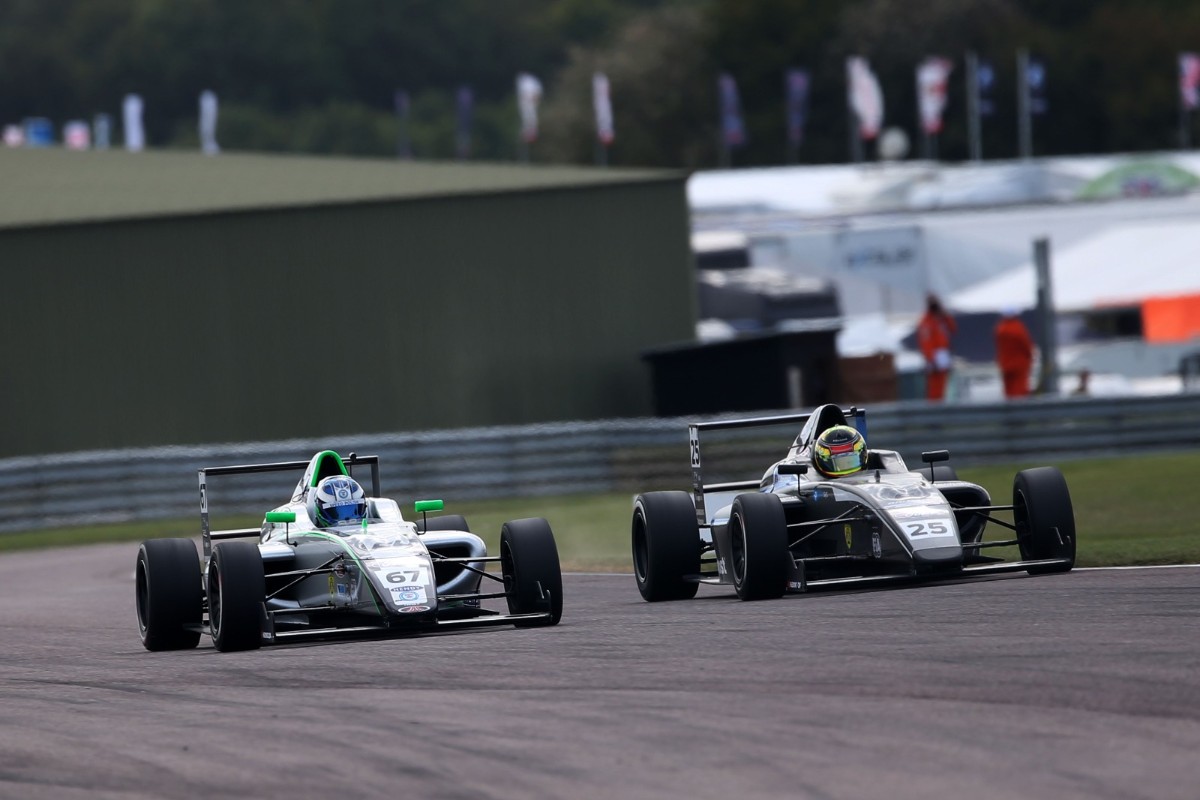 James Hedley held off Casper Stevenson to make it two wins from two races in British Formula 4 at Thruxton.

The JHR Developments driver got a good start and managed to avoid drama on the opening lap, in which Carlin’s Zak O’Sullivan, Arden’s Alex Connor and Fortec Motorsports’ Luke Browning all ran into issues.

O’Sullivan plummeted to the back of the order while Connor was forced to pit a few laps later due to damage to his car.

Browning was able to continue, albeit at the bottom of the top 10, and set about climbing back up through the order.

He brought the challenge to Hedley in the closing stages, getting within half a second of the race leader. Argenti Motorsport’s Stevenson wasn’t close enough to make a move, but tried to pressure Hedley into make a mistake. Hedley held firm and, as in race one, made no mistakes on his way to the victory.

Bilinski held off Lubin to deny the rookie his first overall podium.

Behind them, Hedley’s team-mate Abbi Pulling spent the race defending against Christian Mansell and then Browning. Browning and Pulling were almost side-by-side as the approached the chequered flag, but Pulling just kept her nose ahead for take fifth.

Carlin driver Mansell, who dropped away from the fight after being passed by Browning, took seventh ahead of the sole Fortec Motorsports entry of Rafael Villgomez, and Matias Zagazeta.