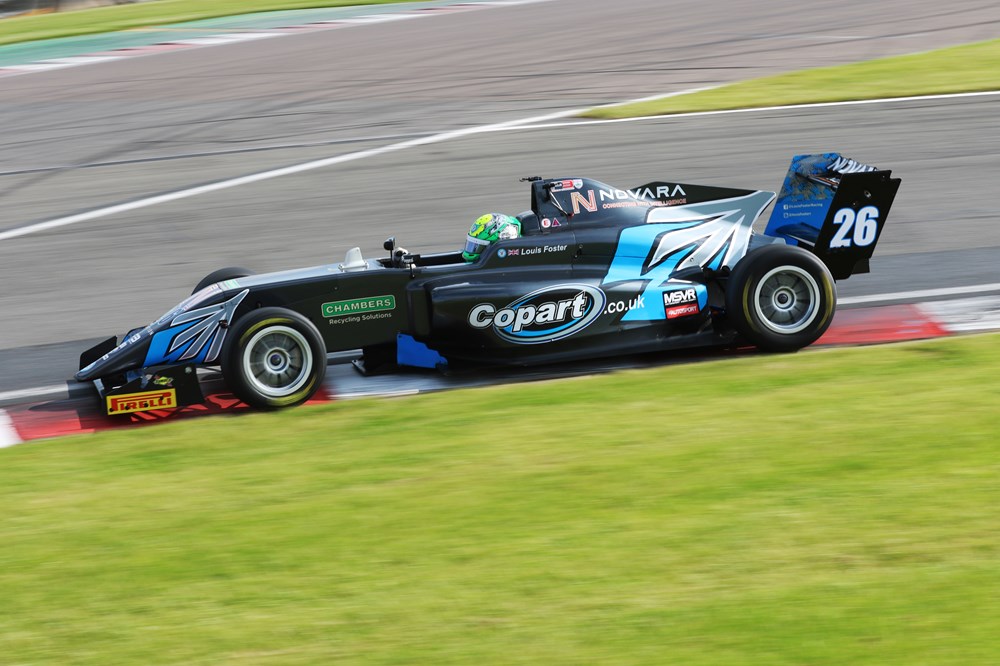 The Double R Racing driver started in sixth, but was already challenging for second place into the first corner and secured the position at the end of the Craner Curves.

It only took him another sector of the lap to pass Lanan Racing’s Joshua Mason for the lead, and from then on in the 12-lap encounter it was a case of race management up front.

Mason was fairly comfortable in second, having passed debutant polesitter Roberto Faria off the line, while Douglas Motorsport’s Manaf Hijjawi was similarly unchallenged in third.

The podium trio benefitted from slow starts for Chris Dittmann Racing duo Alex Fores, another debutant, and Josh Skelton, while Fortec Motorsports’ Faria didn’t fight back when cars were passing him on the opening lap.

Faria’s confidence grew in the race through, putting a great pass on Fores for fifth in the final third of the race before Skelton drew alongside and Fores ended up going off into the grass runoff with damage.

A driver who had muscled his way past all three during the race was Hitech GP’s Reece Ushijima, who finished a strong fourth ahead of Faria and Skelton. Hillspeed’s Oliver Clarke also got involved in their battles but ended up being shuffled down to eighth by Lanan’s Piers Prior.

Ushijima’s team-mate Kush Maini and Douglas’s Ulysse De Pauw made the best progress from the back of the reversed grid, and ended up finishing in 10th and ninth after De Pauw made a critical pass on the points leader in the first third of the race.

Carlin’s race one winner Kaylen Frederick was able to climb up to 12th, while Fortec’s debuting Frank Bird and Douglas’s Kiern Jewiss made no progress from their starting spots at the very bottom of the order.