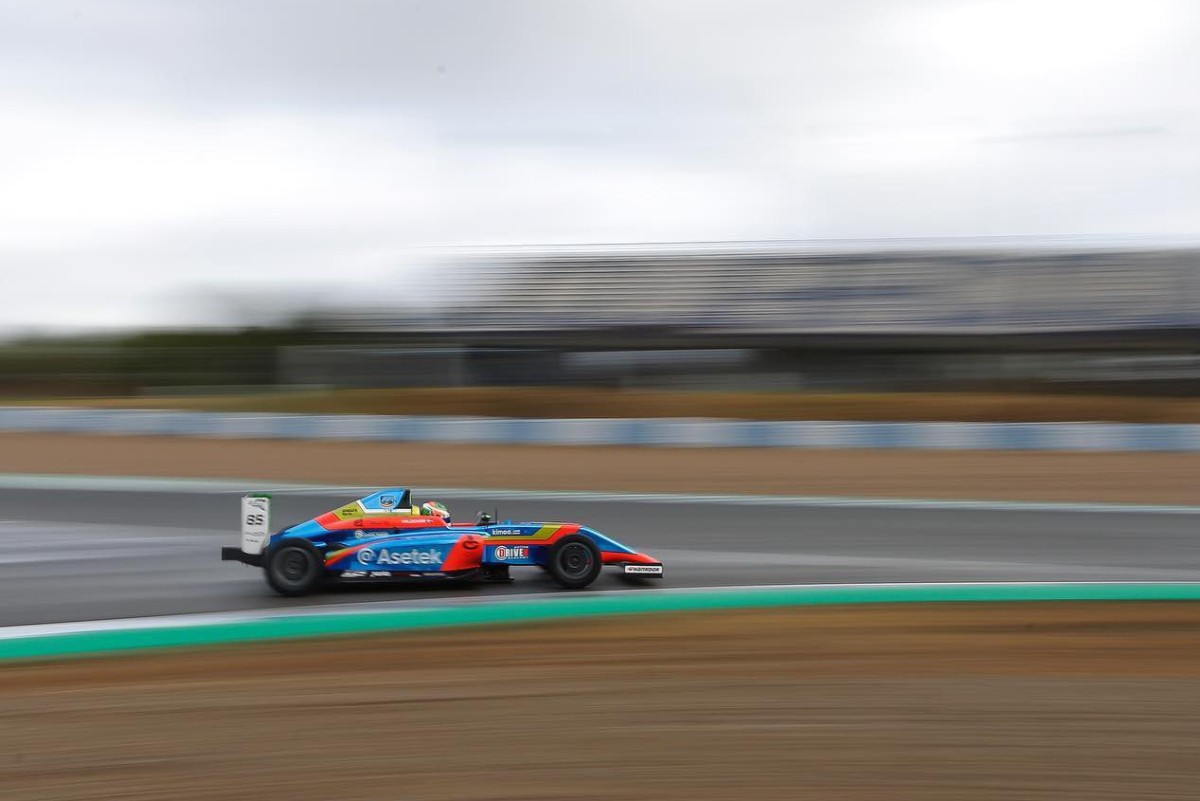 It was Global Racing Service’s Suleiman Zanfari, who won the Swedish Karting Championship last year, who started from pole and led most of the race while the series’ usual frontrunners battled behind him.

Boya, the debuting Thomas ten Brinke and Haverkort started second, third and fourth, and Haverkort passed ten Brinke in the opening laps to hound Boya and ensure the Spaniard didn’t move ahead of him at the top of the championship standings.

At the same time Boya was all over the back of Zanfari, but on lap six it all went wrong as Boya and Haverkort crashed into each other and had to head to the pits for repairs. They reappeared on track, but over a minute behind Zanfari.

Ten Brinke picked up the job of challenging Zanfari for the rest of the lead, and was just over a tenth behind as they entered the final lap. Once again the reigning World Junior Karting champion was denied a win, just a day after making his single-seater debut, as his attempt at taking first place didn’t go to plan and Eriksen swept through to claim victory.

Oliver Goethe ended up being the top MP driver in second place, with Moroccan talent Zanfari rounding out the podium. Joshua Dufek pipped his MP team-mate ten Brinke to fourth place too, although ten Brinke has already risen to eighth in the points despite missing the season’s opening two rounds.

GRS’s Lorenzo Fluxa was sixth, ahead of Enzo Joullie (MP) and Quique Bordas (Praga F4). Haverkort and Boya were a very distant 18th and 19th, with Haverkort maintaining his one-point lead over Boya and now Goethe in the title battle.