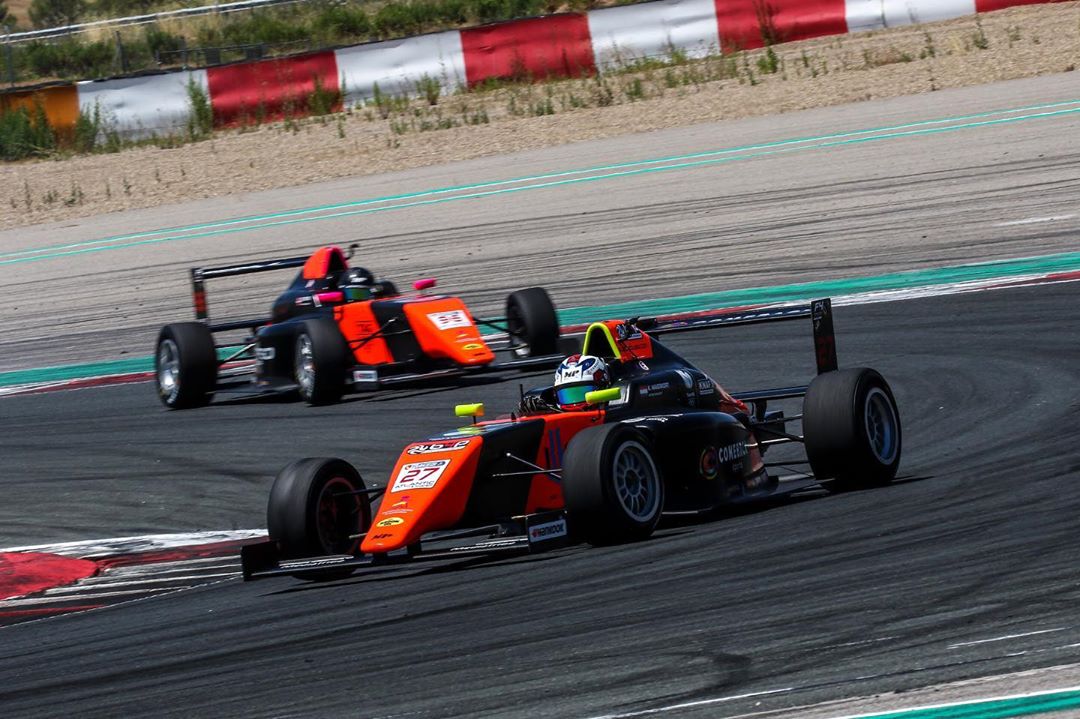 Kas Haverkort led from lights-to-flag in the third Spanish Formula 4 race at Jerez to extend his championship lead.

The driver who started and finished second was his MP Motorsport team-mate Mari Boya, who is also his closest title rival.

Boya kept within a second of Haverkort for the first six laps of the 16-lap race, but the Dutchman then upped his pace in the latter part of the race to win by 2.583 seconds.

Joshua Dufek made it an all-MP podium, despite starting lower down the order. The Swiss driver qualified fifth, and lost two places on the opening lap. He reclaimed both of those in successive laps, then a mistake from surprise third place qualifier Eloy Sebastian Lopez dropped him to fifth and promoted MP drivers Thomas ten Brinke and Dufek to third and fourth.

Dufek didn’t actually close in on the debuting Dutchman, the reigning World Junior Karting champion, but was handed the place on the final lap and finished almost 10s behind Haverkort.

Praga F4’s Quique Bordas was just behind them, while Eloy Sebatian Lopez dropped over 20s to Haverkort and ended up holding off his Global Racing Service team-mate Suleiman Zanfari for eighth place.