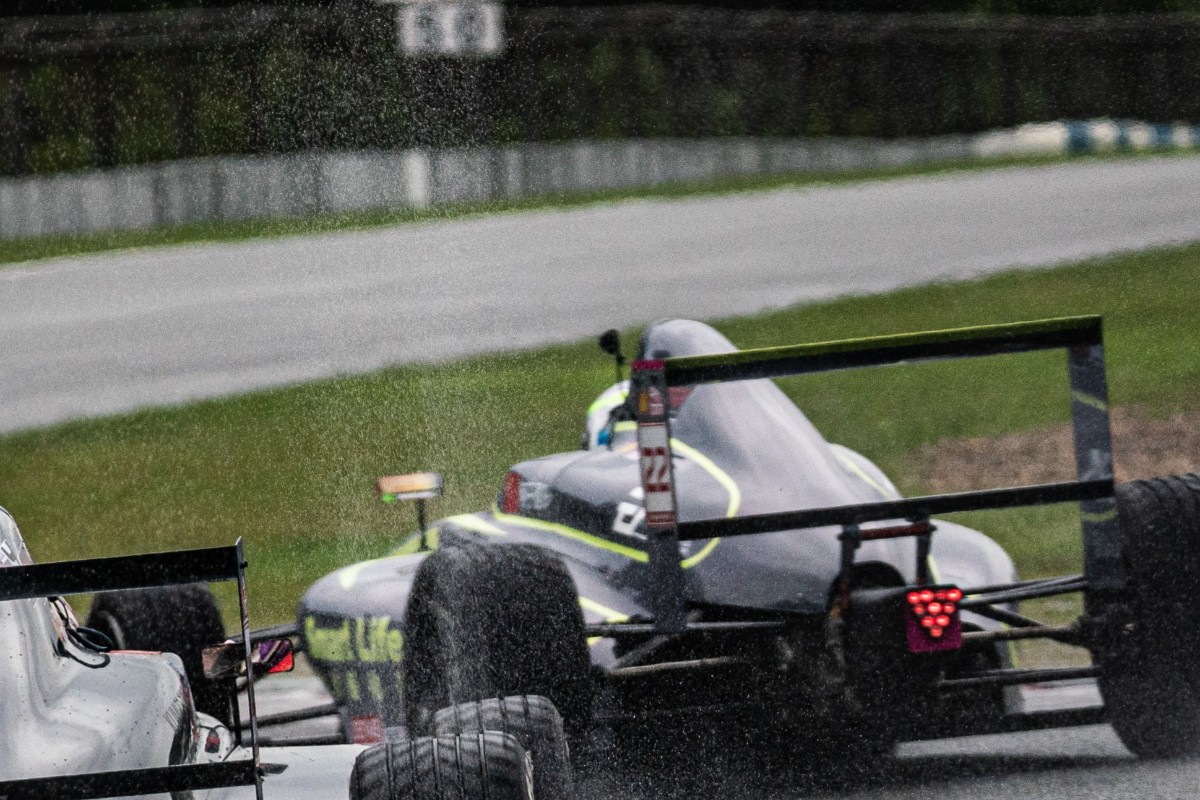 Smart Life Racing’s Zijian He started the Chinese Formula 4 season with a win and a second place at a damp Zhuhai.

He started the weekend by topping free practice, then was fastest in qualifying before his best lap was deleted, putting him fourth behind rookie Oscar Gao, Stephen Hong and Sicheng Li, who also had his best lap deleted. Gao and Li were then handed grid penalties, promoting He to second behind Hong.

The poleman swept to the inside then to the outside on the run to Turn 1 on lap one, leaving He to go inside and take the lead. Yuanjie Zhu, from fifth on the grid, dived down the inside of Hong a few corners later.

Hong reclaimed second at Turn 3 a lap later, while He pulled away until the safety car appeared on lap five due to Jing Zefeng spinning. He led Hong, Zhu and Li on the restart, but the order was flipped when Li dived down the inside of Turn 1.

Second place was recovered again by Hong at Turn 4, while He locked his brakes and ploughed through the gravel to end the lap in 12th. Hong and Gao passed Li on the next lap, and Gao started pressuring for the lead again.

As they started lap nine of 16, Gao rearended Hong and span him into the pitwall. This required another safety car, and earned Gao a 30-second penalty.

Further madness occurred behind the safety car when Steven Siling Bei clouted Yiyu Lv, and on the lap 12 restart He rose to fourth place.

He started the next lap by passing Junjie Lu, then cleared Li on the penultimate lap to secure victory after Gao’s penalty was applied.

Heavy rain hit before race two, which used a rolling start. Yucheng Zeng led the reversed grid away from pole, but dropped to eighth by the end of a treacherous first lap.

Bei took over the lead from fifth on the grid, and held on to win. He started 10th, got up to second place within a lap, but could not pass Bei.

The safety car came out on lap three due to Liu Tiezheng spinning, then when Gao span, and for a third time immediately after the restart when Zhu went down the Turn 1 escape road and both Zeng and Lu span at the exit of the corner.

In the end, the field was only released for two corners of racing and Bei crossed the line to win ahead of He.