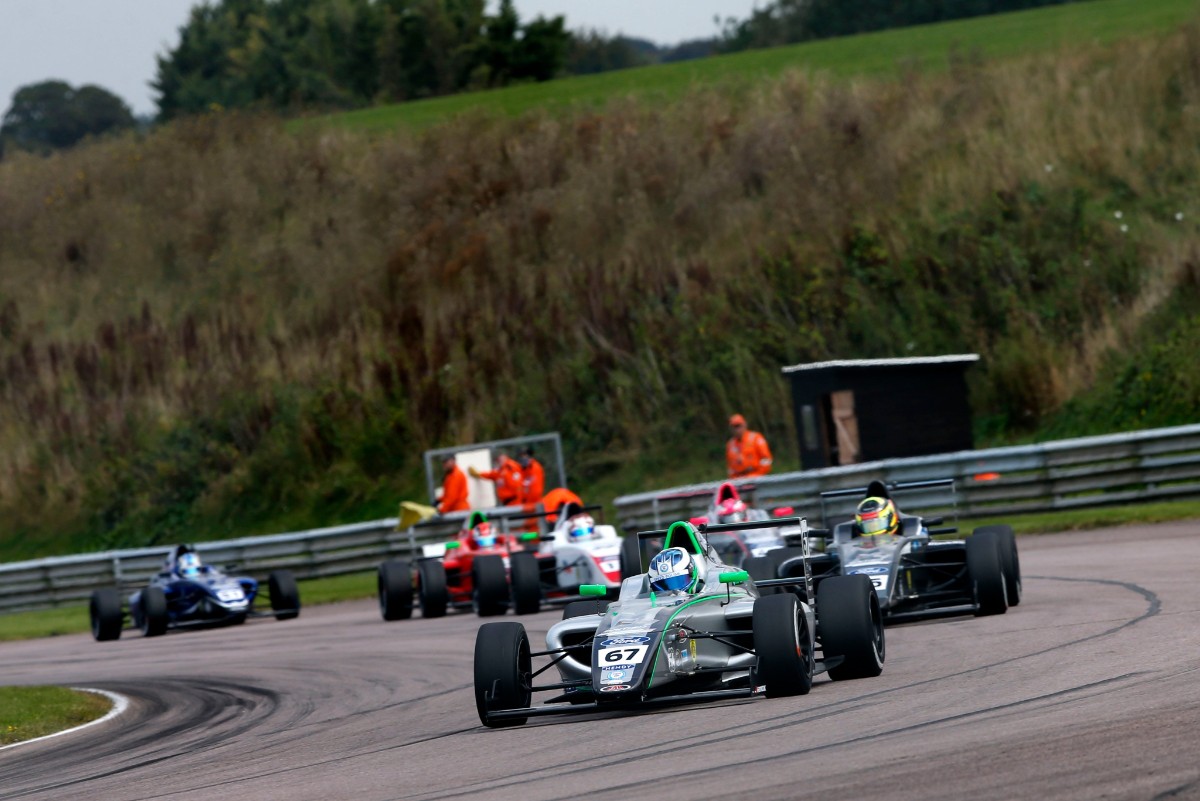 James Hedley led a JHR Developments one-two as he claimed his third win of the weekend to complete a British Formula 4 hat-trick at Thruxton.

Hedley was put under pressure from team-mate Abbi Pulling in the opening stages of the race, but was quickly able to pull away as Pulling was forced to defend against Argenti Motorsport driver Casper Stevenson.

The battle for second continued throughout the 20-minute event,  and Hedley was left unchallenged at the front of the field. He eventually finished 7.880s ahead.

Stevenson kept Pulling under pressure, pulling alongside the JHR driver multiple times over the course of the race. Pulling defended well and kept firm on the racing line, denying Stevenson the opportunity to take the positon. The pair were separated by just 0.129s by the chequered flag, with Pulling taking her best ever finish in second place.

Points leader Luke Browning started towards the back of the grid after a penalty for contact in an earlier race. He made quick work fighting up through the order on the opening lap and was in the top eight when he made contact with Arden’s Alex Connor as he tried to five down the inside of two cars. Connor plummeted down the order but Brownin was able to continue comfortably and continued to fight forwards.

Browning didn’t have the pace to close in on the battle for the podium positions and came under pressure himself in the closing stages of the race from Connor. They finished side-by-side, with Browning ahead by two tenths of a second.

Despite running into issues on the opening lap and finishing a very distant 12th, Zak O’Sullivan retained second in the championship standings.