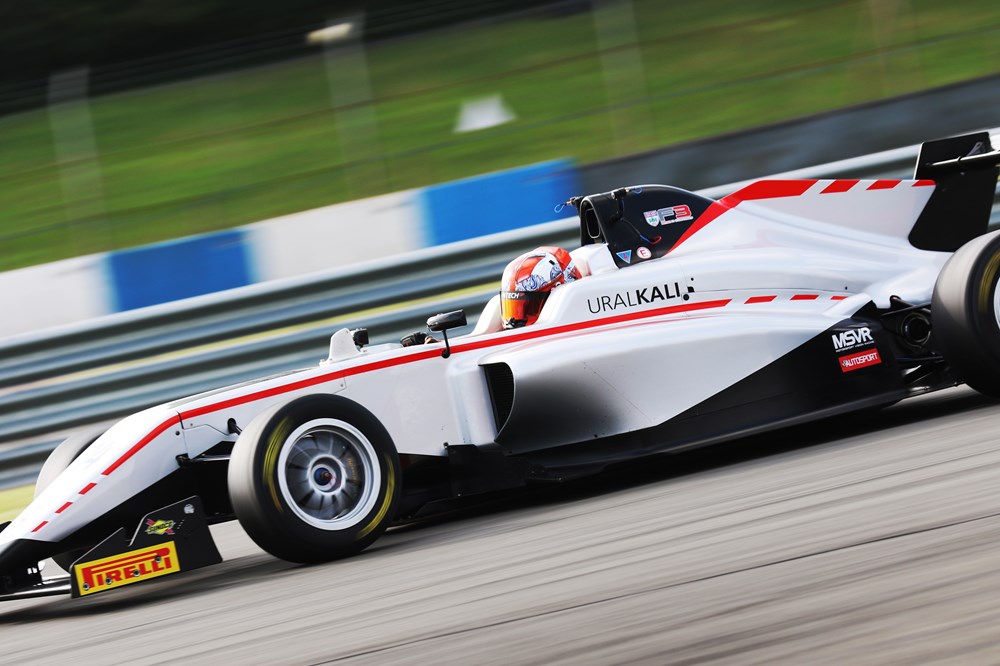 Hitech GP’s Kush Maini took victory in the third BRDC British Formula 3 race of the weekend after taking the lead on the opening lap at Donington Park.

The race was delayed after Douglas Motorsport’s Manaf Hijjawi suffered a mechanical issue on the formation lap, resulting in the race also being reduced to 11 laps.

Maini started alongside Carlin’s Kaylen Frederick on the front row and took the lead with a bold move down the inside into Mcleans.

It got worse for Frederick, who found himself behind Douglas’s Ulysse De Pauw later on the opening lap.

From there, Maini was able to open up a small gap from De Pauw, who found himself under pressure for much of the second half of the race from Frederick.

Maini was able to come out on top by just under three seconds at the flag from De Pauw, who is now up to fourth in the points ahead of his team-mate Kiern Jewiss.

Carlin’s Nazim Azman rounded out the podium after a five-second time penalty awarded to Frederick.

Hillspeed’s Sasakorn Chaimongkol came fifth, despite being forced onto the grass off the line by De Pauw.

Hitech’s Reece Ushijima was sixth after a late move on Jewiss, who ended up eighth after also being passed by Lanan Racing’s Bart Horsten with a dummy into Redgate.

Joining Hijjawi as a non-finisher was Lanan’s Piers Prior who retired early on with an issue, while Hillspeed’s Oliver Clarke and Chris Dittmann Racing’s Josh Skelton both made trips down pitlane for repairs.

Zijian He establishes himself as Chinese F4 title favourite at Zhuhai