Zijian He establishes himself as Chinese F4 title favourite at Zhuhai 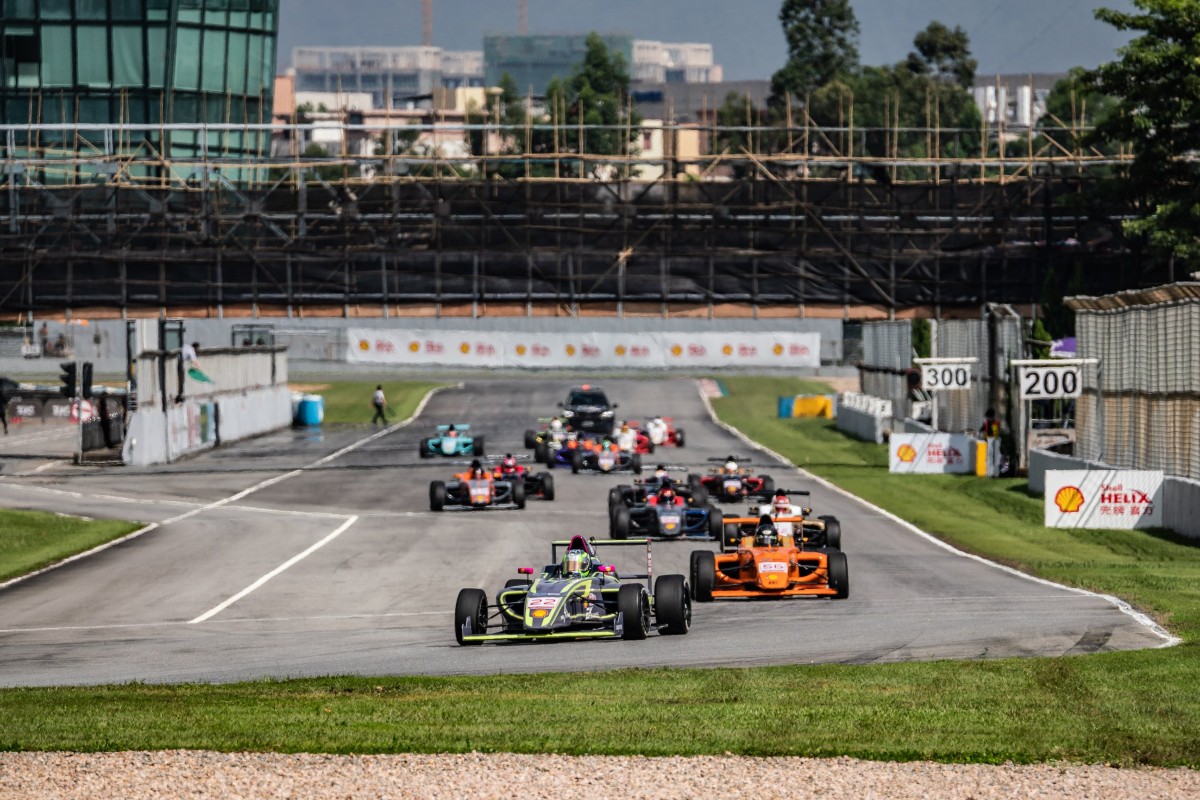 He took victory, pole and fastest lap in the first race of the day, and his qualifying advantage of 0.089 seconds translated to far greater superiority in the race.

In the first half of the 16-lap race, he pulled away by over seven seconds before the safety car was summoned to retrieve Stephen Hong’s car. Surprisingly, front-row starter Jing Zefeng’s car was not retrieved until this point after he parked up on the inside of a hairpin.

He built his lead back up after the safety car to win by 3.434s over Steven Siling Bei, who had overtaken Sicheng Li before the safety car period to secure the position.

Tiezheng dropped to ninth with two laps to go, which ended the battle for fourth as Gao also started to pull away from Lu.

A slow start by Pang Changyuan off the front row meant Tiezheng led by 1.7s on the opening lap, but the appearance of the safety car on lap three due to Bei going off at Turn 4 meant Tiezheng’s advantage was wiped away, and on the restart Li jumped up to second place to start battling him.

Li took the lead at the Turn 9 left-hander, after a stunning pass on Yuanjie Zhu for third at the restart on the grass down the main straight, with Hong following at the fast final corner for second.

He, from 10th on the grid, was just behind and passed Tiezheng as they crossed the line to start lap seven of 16.

It took several laps before Li then came under threat in the lead, with a failed move at Turn 1 by Hong being followed up by a successful one at the Turn 7 hairpin. He did the same to Li at the Turn 11 hairpin.

He went for the lead with two laps to go, but ran too deep out of Turn 1 and was denied another chance to attack Hong due to traffic on the final lap. Gao secured third, while Li was disqualified for ignoring several steward requests for him to pit.