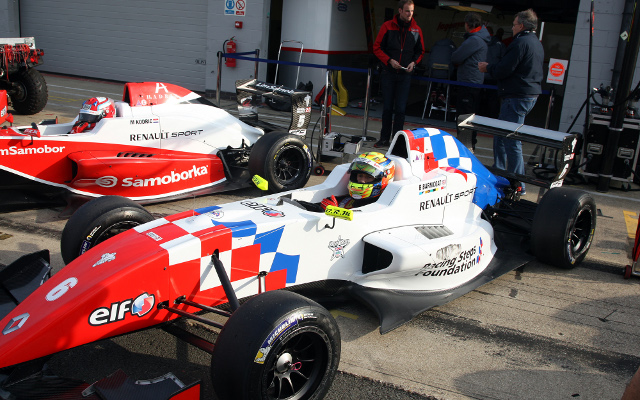 Ben Barnicoat triumphed in Sunday qualifying in the Eurocup Formula Renault 2.0 at Nurburgring, scoring his first pole position in the series.

Barnicoat, who sits seventh in the Eurocup standings after winning last year’s NEC title, topped the times in the first of the two groups on track,

He edged out Ukyo Sasahara by 0.159 seconds, and remained quickest through the second group, as the only driver to get into the 1m54s.

It was Barnicoat’s Fortec team-mate Martin Kodric who was the unlikely pace-setter in the second group, beating leading contenders Anthoine Hubert, Louis Deletraz and Jake Hughes, with the trio all falling between 0.129 and 0.153s adrift of the Croatian.

The other two main title contenders, Kevin Jorg and Jack Aitken, took third and fourth in the first group, meaning the quintet occupies positions four to eight on the grid, with the lowest-placed Hubert at the head of it.

The Frenchman is 32 points adrift of leader Deletraz, with the other four separated by just six points.

Callan O’Keeffe and Dennis Olsen complete the top 10 on the grid, while top rookies Harrison Scott and Max Defourny will make up row six.