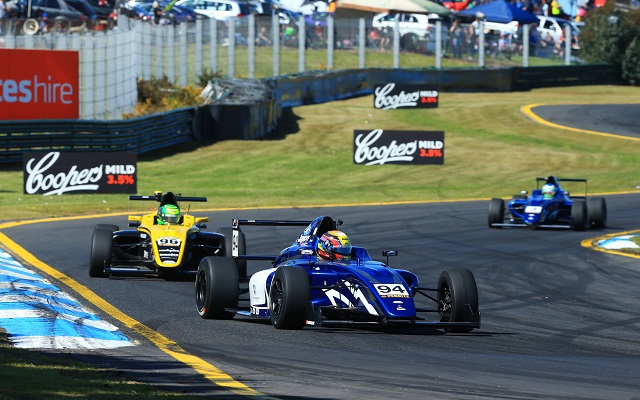 Jordan Lloyd collected his ninth victory out of 11 Australian F4 races by triumphing in the third and final race at Sandown, becoming the first driver to complete a hat-trick in the series.

The Team BRM driver led every lap of the race and for the third time this?weekend, he had to withstand some pressure in the closing stages, this time from 15-year-old Luis Leeds .

The podium was completed by Jimmy Vernon, who stepped into third after the retirement of Zane Goddard on lap three.

Thomas Randle, once again suffering from his?poor qualifying result, could only recover to fourth, followed by Will Brown and Harry Hayek.

Tom Grech secured eighth ahead of Jordan Love as the top ten was completed by Francesco Maiolo and Caitlin Wood.