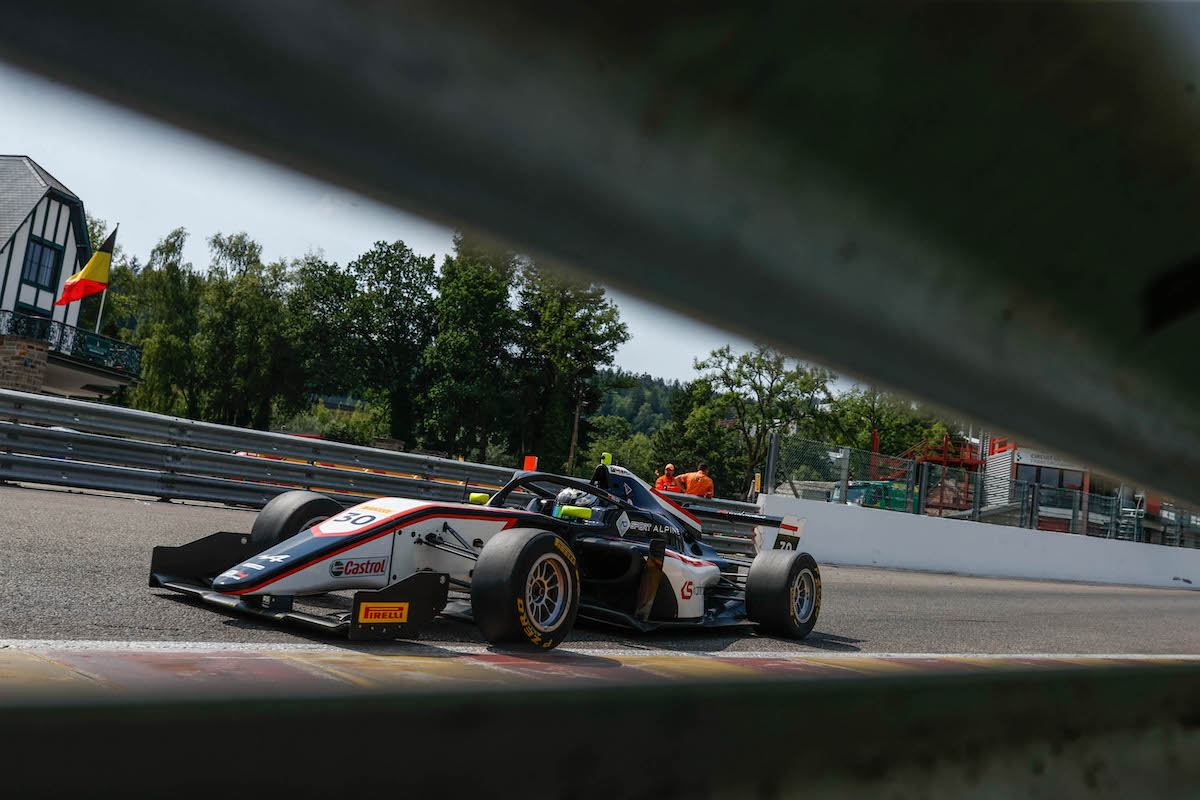 Michael Belov bounced back from a poor morning qualifying to take a dominant pole position for race one in the Formula Regional European Championship by Alpine at Spa.

Belov, who had been fastest in both Friday test sessions, finished over half a second clear of R-ace GP pair of Hadrien David and Isack Hadjar.

In dry conditions, G4 Racing driver Belov was the only driver to get under 2m16s in the 20-minute session. He moved to the top of the times with his third lap and subsequently improved his time further to ensure the top spot.

The third row on the grid will be occupied by Franco Colapinto (MP Motorsport) and David Vidales (Prema Powerteam). William Alatalo of Arden took ninth ahead of Finnish compatriot Patrik Pasma, who was the fastest of the ART Grand Prix trio on his first weekend with the team.

For the first time since Monaco back in May, championship leader Gregoire Saucy will start a race from a position other than pole.

Saucy seemed to struggle throughout the session and ended up down in 24th place, 2.216s down on Belov. He was held up by Nico Gohler on one lap and then ran wide at Stavelot on his final tour.