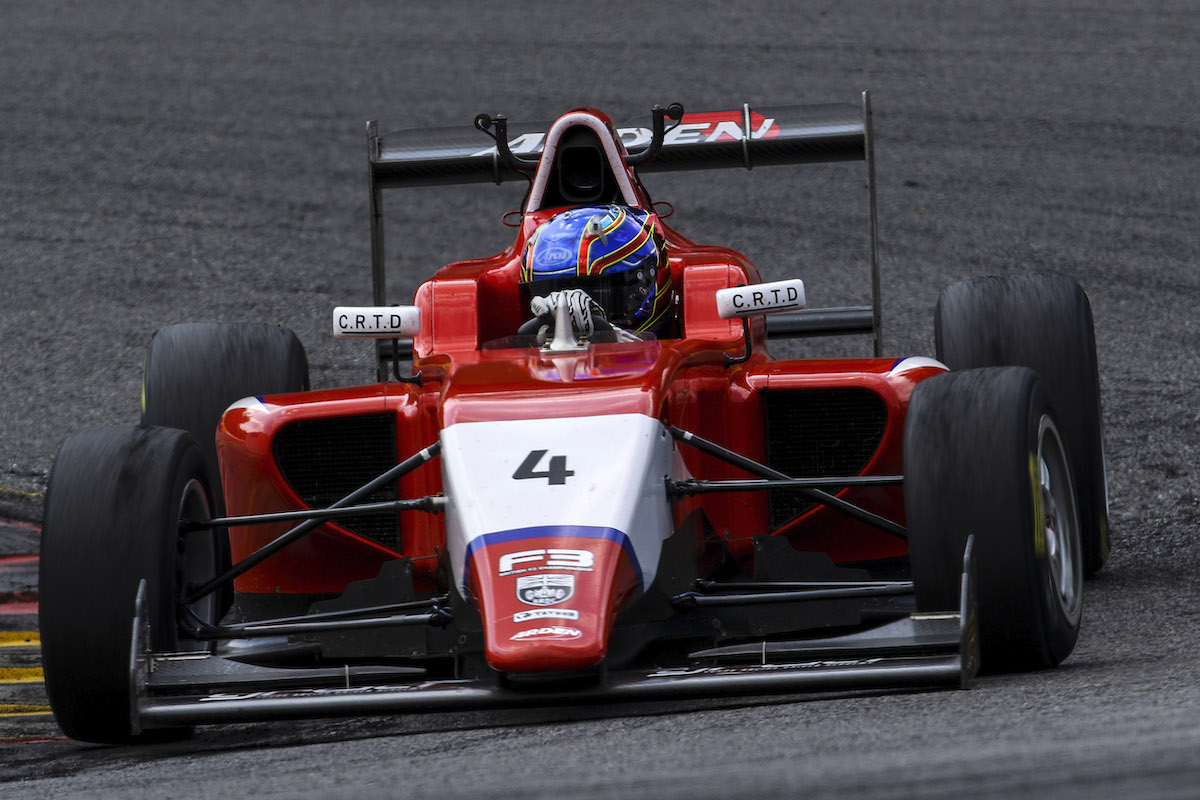 Roman Bilinski claimed his maiden BRDC British Formula 3 win in race two at Spa-Francorchamps after leading most of the way in his second weekend in the series.

Arden’s Polish racer, who started from fourth in the grid, took advantage of Carlin’s Christian Mansell and Zak O’Sullivan going side by side through Eau Rouge and Raidillion in the first lap of the race, and passed both along the Kemmel straight.

After that, Bilinski gained the place on pole-sitter Hitech GP’s Bart Horsten in the same spot where he had moved up to second a lap earlier. From that point onwards, he controlled the race and no one could really challenge him.

Championship leader O’Sullivan dropped to fourth in the first lap, but quickly climbed up to third place with a move on Mansell at Les Combes on lap two.

O’Sullivan would still gain another place to make it to the second step of the podium.

It was Mansell who rounded off the podium. The race one winner found himself down to fifth place on lap three, but pulled a brilliant move on Hitech GP’s Reece Ushijima at Turn 6 to claim back the place he had lost a lap earlier.

Then, a last-lap overtake on Horsten, who would eventually finish fourth, upped him to third place.

Ushijima ended the race fifth on the road, but he was handed a five-second penalty for track limits abuse dropping him to eighth. However the penalty was then rescinded.

Sebastian Alvarez, Javier Sagrera and Tom Lebbon all moved up a place while Ushijima’s penalty was standing.

Sagrera went off the road at the exit of Pouhon on lap five, having to defend from Ayrton Simmons who was immediately behind him. Despite that, he held on seventh place .

Like in race one, Simmons made up some places in the opening laps, but struggled towards the end. He finished 10th after being overtaken by Roberto Faria on the last lap.