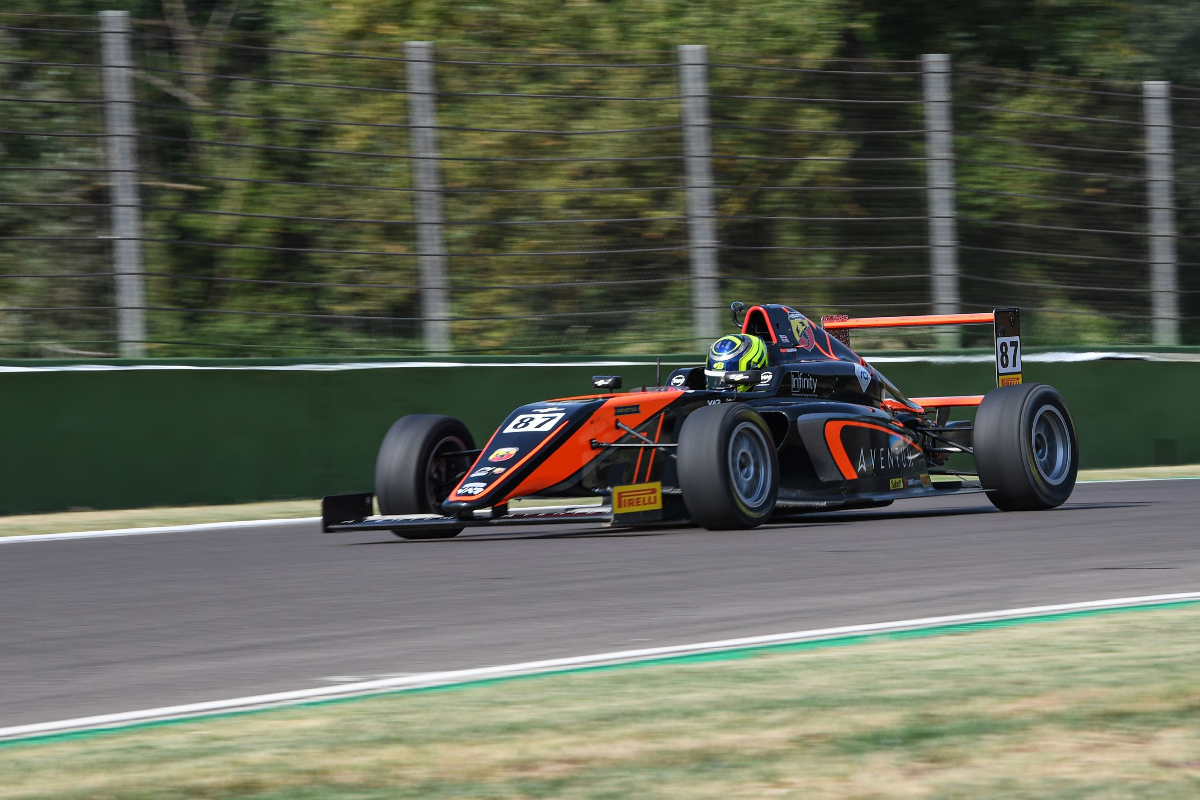 Ollie Bearman boosted his Italian Formula 4 points lead by a significant amount with victory at Imola while his title rivals failed to finish.

The Van Amersfoort Racing driver led from start to finish, but had to contend with an early safety car restart caused by a dramatic second lap of the race.

Iron Lynx’s Leonardo Fornaroli, who had started second on the grid, had been passed by Prema’s Sebastian Montoya on the opening lap and tried getting back past around the outside of Tamburello. Instead he headed through the gravel, and in the dust he kicked up BVM Racing’s Leonardo Bizzotto clouted VAR’s Bence Valint.

On the restart, Montoya was then tapped in the rear by team-mate Kirill Smal, leading to Smal’s front wing coming off while Montoya’s car started to lose drive a few laps later and dropped him down the order before he took to the pits.

The next of Bearman’s rivals to disappear was Mucke Motorsport’s Joshua Duerksen, who span out of fifth place and then eventually retired.

It calmed down after that, and VAR locked out the podium with Bearman, Nikita Bedrin and Joshua Dufek.

Jenzer Motorsport’s Francesco Braschi got among the latter two drivers, and claimed fastest lap, but his race also ended in the pits with rear-end damage that required inspection of the drivetrain.

That promoted Mucke’s Erick Zuniga to a surprise fourth place, ahead of Prema’s Conrad Laursen and Jenzer’s Samir Ben.

Hamda Al Qubaisi recovered from a stall at the start to finish 18th.