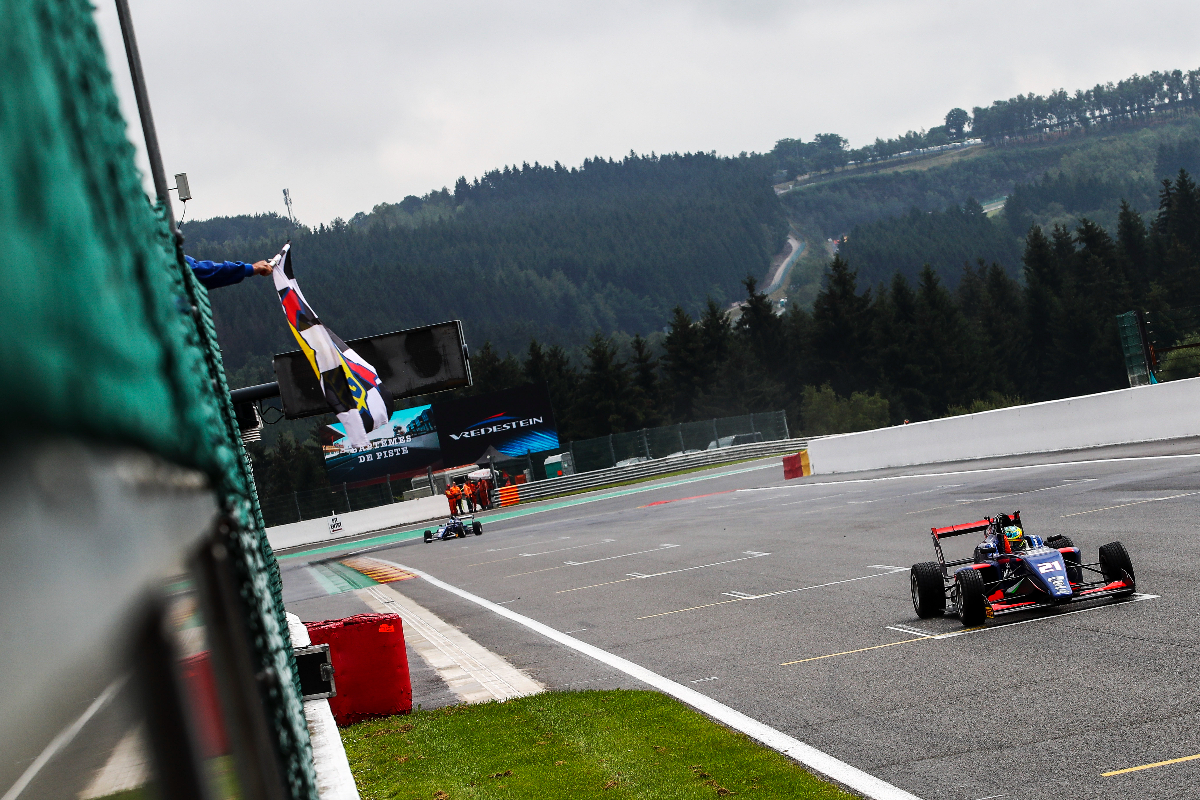 Christian Mansell won the wet first BRDC British Formula 3 race of the weekend at Spa-Francorchamps thanks to a move on championship leader Zak O’Sullivan.

The Australian Carlin driver was right on the tail of his team-mate O’Sullivan from the start, with both quickly pulling away from the pack.

It was on lap four that Mansell took the lead, and he went on to set consecutive fastest laps to open the gap over O’Sullivan and win the race.

O’Sullivan was able to comfortably keep second place, which helps him to keep building on his championship lead.

He had a great start and immediately passed Hitech GP’s Bart Horsten, who had taken pole. Despite running wide at La Source, O’Sullivan regained the lead down to the Kemmel straight, and stayed in first until Mansell passed him.

Arden’s Roman Bilinski completed the podium after passing Elite Motorsport’s Tom Lebbon, who had been running third since the early stages of the race, with two laps to go.

On his way to the podium, Bilinski battled had to battle hard with the Spaniard Javier Sagrera after dropping behind him at the start.

Horsten, who couldn’t replicate his dry conditions pace in the wet race, finished fifth after lining up first in the grid.

It was outside the top five where the biggest battles took place during the race.

The American drove a formidable race, and was faster than the cars around him towards the end in his Fortec-run car.

Chris Dittmann Racing’s Ayrton Simmons ran as high as eighth but dropped to ninth in the last laps, while 10th went to Bryce Aron who passed Reece Ushijima on the last lap.

The twenty minutes were over before the full shceduled race distance of nine lapswas completed, which meant the chequered flag was waved at the end of lap 8.