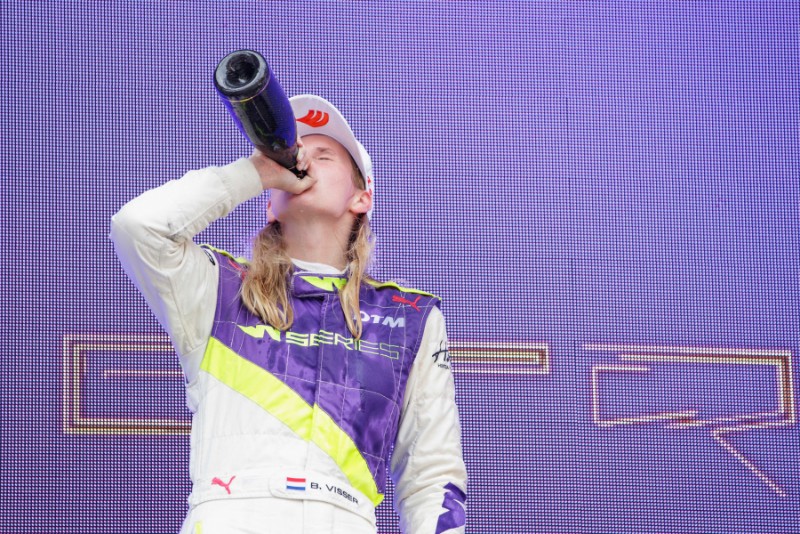 Beitske Visser ended a six-year wait for a fourth single-seater victory at W Series’ Zolder race, but it’s likely it won’t be long before she picks up win number five.

The 24-year-old has a home advantage in this weekend’s penultimate W Series round at TT Circuit Assen, and it could help her negate the 10-point gap to championship leader Jamie Chadwick.

This is the first time Visser has been fought for a title in single-seaters, which may seem odd given she was once a Red Bull junior. But her career changed paths in 2017 when she became a BMW junior, and her racing appearances since have mostly been in European GT4 or in a reserve driver capacity, such as with BMW Andretti in Formula E.

Prior to 2019, where the 24-year-old Dutch has also starred in International GT Open, the most successful period of Visser’s career was in karting.

“I’ve been racing for 19 years. My father used to race touring cars, and when I was small I went to races with him,” Visser tells Formula Scout.

“I would say back then there were quite a few kids trying out [in The Netherlands], then a few years later not so much, and now it?s again more – even more than it was back then.” 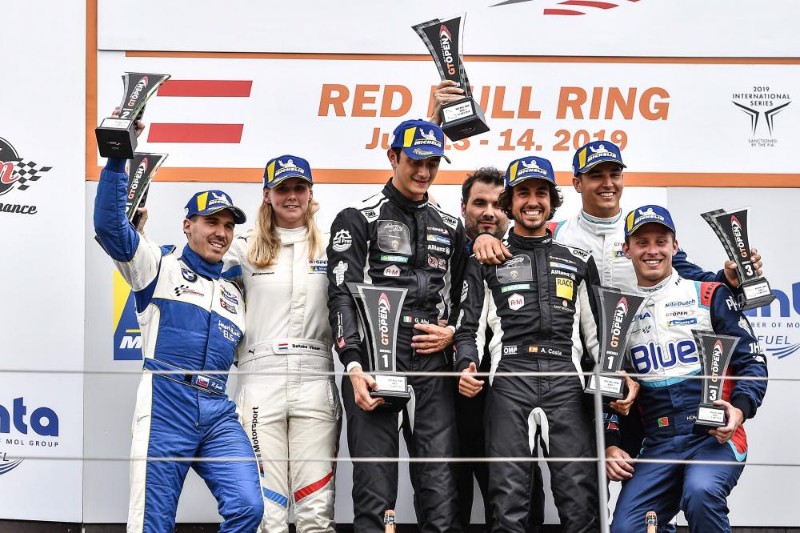 While much was said of countryman Max Verstappen’s ominous ability in a kart, Visser was also putting her country?on the map. She was runner-up in the 2009 Rotax Max Wintercup for Rotax Max Junior karts, and was crowned 2010 WSK Super Master Series champion in the KZ2 class.

In that same year she was second in the Euro Series, and ninth overall in global competition. These results could be accounted to, in part, Visser running with a professional kart outfit for the first time.

“Most of my karting career was me and my father together. We had the go-kart at home, we travelled to the races. Then in 2010 I signed a contract with the factory Intrepid squad.

“It was a pretty good deal. I think nowadays you can do maybe two races for that [money].

“Budget has always been an issue, I don?t come from a rich family – so one year for a really good deal we could kind of afford, but after that we could never afford to pay anything.”

Visser’s KZ1 kart results weren’t quite as strong, but impressive all the same, and she was third in the Super Master Series. While racing for Praga’s kart outfit, she made her car-racing debut in its Dutch Supercar Challenge entry.

In 2012, Visser moved to ADAC Formel Masters with Motopark. She finished eighth and took two wins, despite major setbacks. 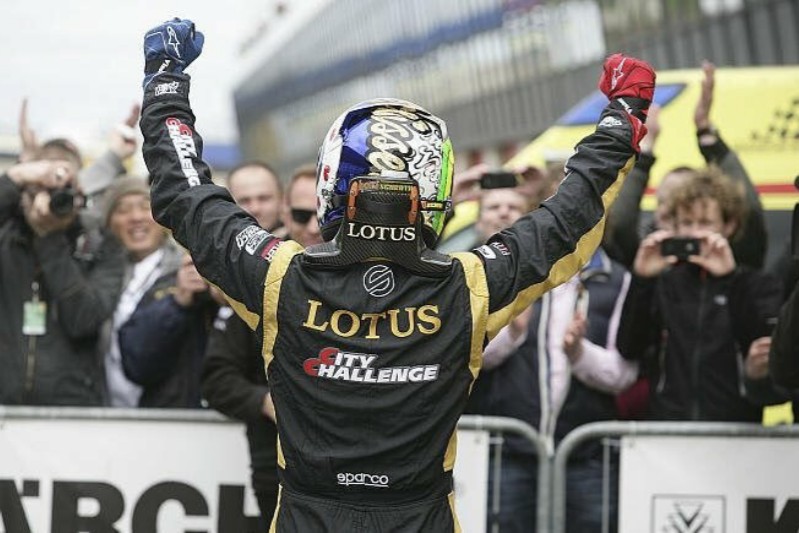 “At Zandvoort I crashed and broke my back. I still drove on Sunday [where she won], because they didn?t see it in hospital.?It recovered very quickly. I was young at the time, so your bones heal really quickly. Everyone was surprised how quickly it went, but I think any 17-year-old recovers quicker than a 30-year-old.

Visser stuck with Motopark for a second FMasters season, this time as a Red Bull Junior.

“I got in contact with Red Bull [over winter], and they told me to go on the simulator. I went to Milton Keynes and did a day on the sim, then the next day they called me to say they wanted to sign me. It all went pretty quick.?The whole budget was covered. They gave me a trainer, simulator time, help with everything to prepare better.”

Although her preparations may have improved, the results didn’t.

“Pre-season testing went really well, but we came to the first race and struggled massively and couldn?t understand why.

Red Bull and Visser had set the joint ambition to win the title. As she hadn’t won, they separated at year’s end. 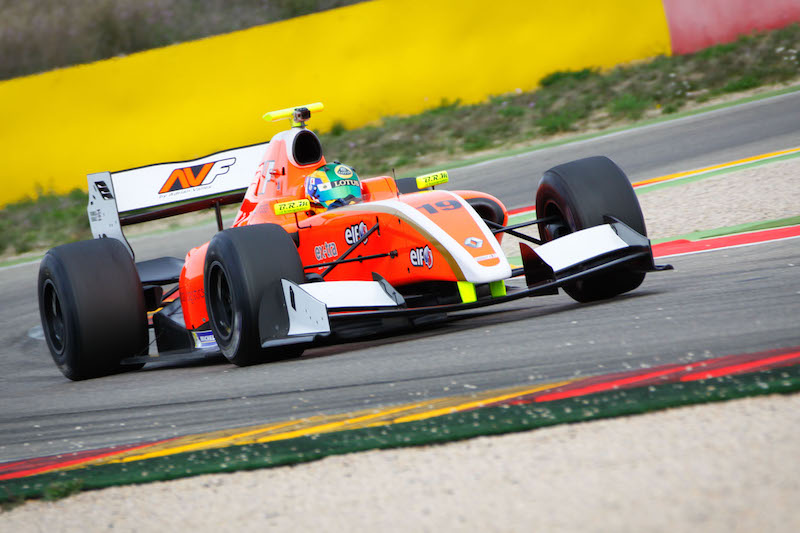 Visser reminded everyone of her talent by topping Formula Renault Eurocup pre-season testing with the inexperienced AV Formula team, but her sponsors couldn’t get her a seat. In “going where the budget let me”, Visser ended up in the more powerful Formula Renault 3.5 series with the team instead.

“I got a test in the World Series [FR3.5], and it went pretty well. We knew it would be a big step, and knew I would not get good results, but we did it because we thought it would be a big learning curve and the best way to improve myself.”

The Dallara T12 was a car Visser “fell in love” with immediately, and in her first season she was 21st in the standings. In her third season she had improved to 13th, scoring points in all but two races.

“Those years were tough, in terms of results. I mean, it was expected that jumping from FMasters straight to FR3.5 was going to be tough. The last [FR3.5] year I had pretty good speed, but was unlucky at times. I learned an incredible amount there, and I?m not sure I would have learnt as much anywhere else.”

As Formula 1 started to look more distant, Visser safeguarded her career by winning a shootout to become a BMW junior. The Red Bull-like levels of training and support, as well as on-track mileage, has helped on her single-seater return.

“I?ve enjoyed [W Series] a lot. Formula 3 cars are always amazing to drive, and so far this season has been going good. I think I got back in the rhythm quickly, and hopefully I can challenge Jamie for the title.”

Wins in each of the last two races would guarantee Visser the title, which could bolster her status at BMW.

“I?ve been to a couple of Formula E races, it?s been good. Hopefully in the future I can race there or the DTM.” 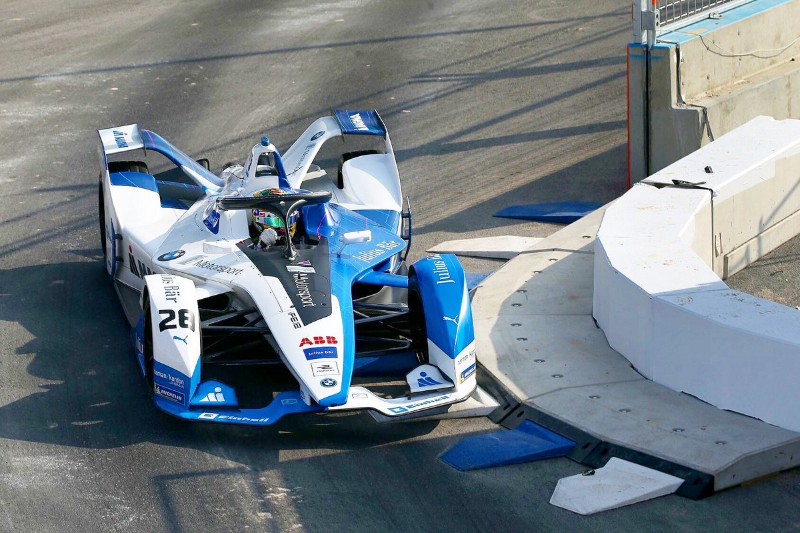