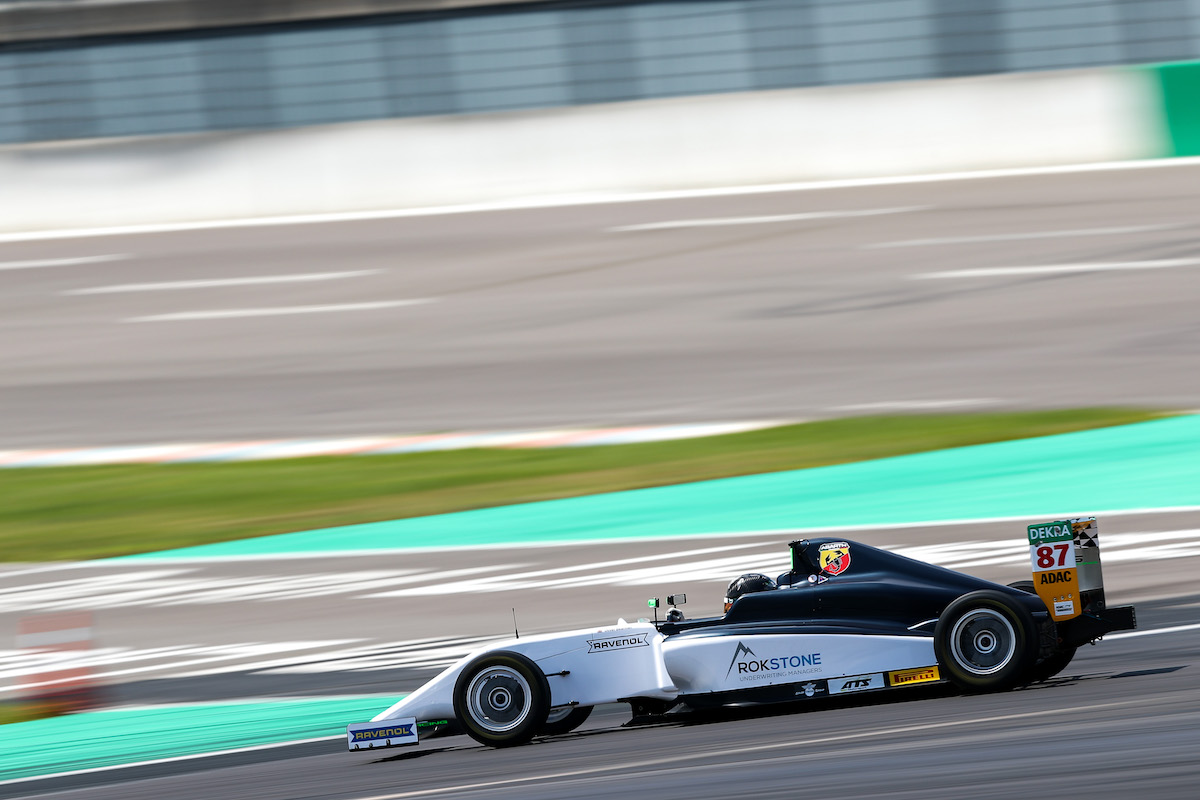 Single-seater newcomer Ollie Bearman set the best time in the official ADAC Formula 4 pre-season test at the Lausitzring over the weekend.

Successful karter Bearman is not currently set to race in the category this year, telling Formula Scout earlier this month about his preparations for a competitive F4 debut in 2021 – which have also included testing with rival outfit Mucke Motorsport in Italy.

Bearman set the best time of the Lausitzring test – a 1m22.869s – in the penultimate session on Sunday afternoon.

He beat fellow Briton and Red Bull junior Jonny Edgar by 0.095 seconds, with the Van Amersfoort Racing driver the only other runner to get below the 1m23s mark during the weekend.

In all, Edgar topped three of the seven sessions over the two days as he builds up to his second year in F4.

French F4 junior champion Victor Bernier headed the R-ace GP trio in eighth, with Artem Lobanenko and fellow Russian Kirill Smal – whose graduation from karting to F4 with SMP support was confirmed during the test – in ninth and 11th.

Josef Knopp was sandwiched between them for Mucke, which did not have its returning driver Nico Gohler present.

F4 United Arab Emirates champion Francesco Pizzi will join VAR for several rounds alongside a full campaign in Italy, while Prema will also field its quartet of single-seater rookies in selected rounds, and has held private tests in Germany.