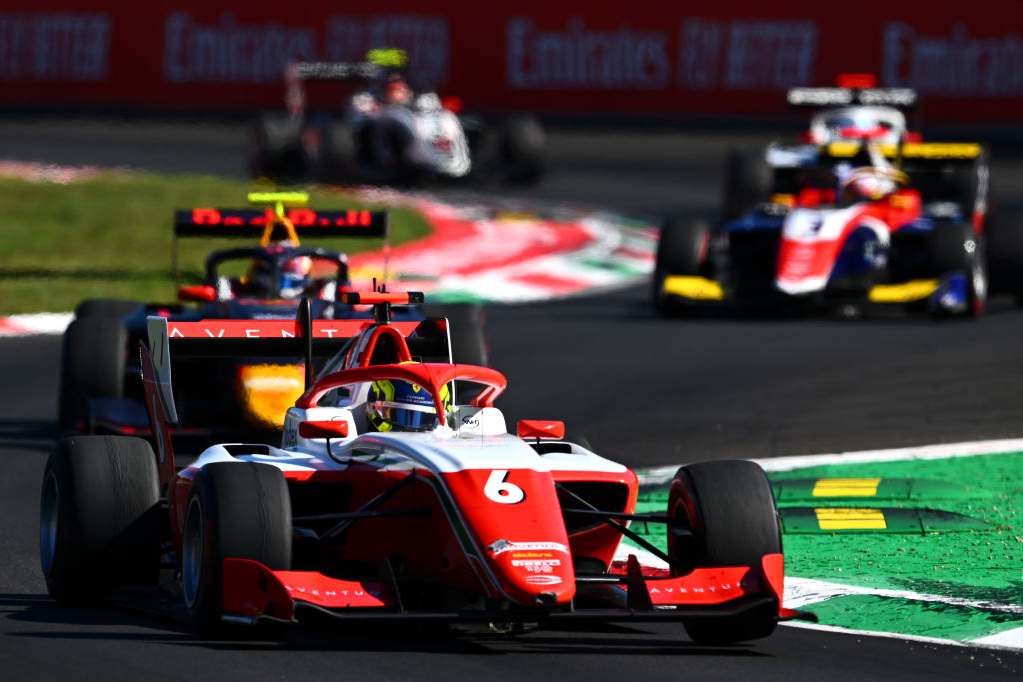 Ollie Bearman charged from seventh to second in FIA Formula 3’s Monza sprint race, and had two high-stakes moments in particular on the way that could have proven costly.

The first came when going up against Jenzer Motorsport’s William Alatalo for fifth place. Bearman had jinked to Alatalo’s right just before the turn one braking zone as he chased him down the pit straight, and Alatalo immediately moved across which then forced Bearman to take to the left before entering the corner.

Bearman still made the pass for position by going around the outside as they entered the first chicane, but said afterwards how dangerous he thought Alatalo’s move was.

“Inside the car I was super scared,” he admitted. “We’re doing almost 300kph into this area of the track, and the second I moved, he moved totally in front of me. I almost crashed into the back of him at 300kph, that could have ended super badly.

“Because I don’t think it’s against the rules, but it’s super, super dangerous. Luckily we got away with it this time, but in Formula 2 and Formula 1 they’re going at much higher speeds and if something like this happens, it’s not good. I can look back at it and maybe laugh a bit now, but I was quite angry in the car actually because it wasn’t a good thing at all.”

Later in the race, he moved into second place by passing MP Motorsport’s Caio Collet and Trident’s Jonny Edgar around the outside at the same time at the first corner.

Approaching the corner, Collet was ahead and with Edgar on his inside and Bearman on his outside. Collet went to defend from Edgar, and Bearman seized the initiative after he did.

Collet said he had been “trying to play the long game” with his race strategy behind Van Amersfoort Racing’s race leader Franco Colapinto, but his reluctance to pass him until as late as possible meant he was fighting for his second place instead.

“I didn’t even see Ollie coming from the outside so when I saw him it was a little bit too late and I got squeezed by him and Jonny, so I had to brake a little bit more and concede the position,” Collet said. “It was due to a mistake from my side in the last corner.”