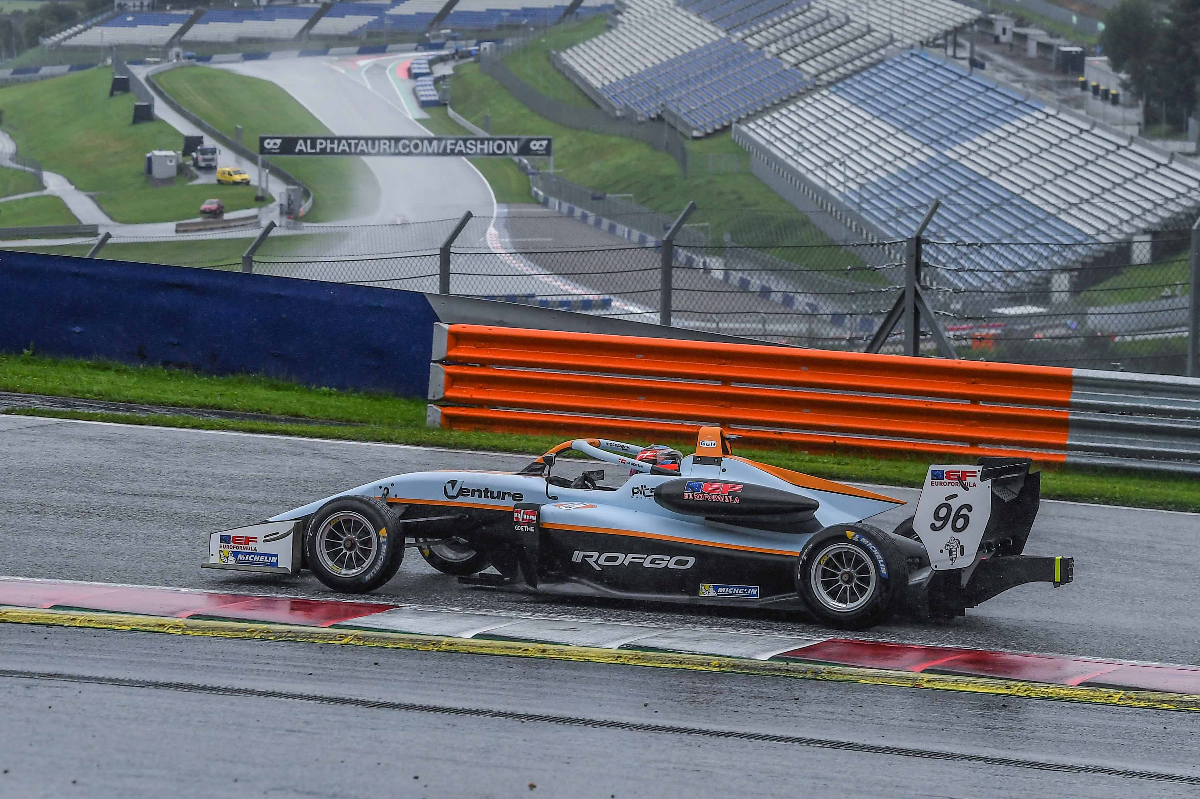 Oliver Goethe continued his domination of the 2022 Euroformula season with victory in the opening race at the Red Bull Ring.

The poleman and points leader got wheelspin off the line and lost the race lead to Vlad Lomko before they reached the first corner. Both ran wide at the exit of the turn, and Lomko then cut across to defend first place.

Goethe stuck to the outside and at Turn 3 reclaimed the lead, just as Josh Mason passed CryptoTower Racing Team team-mate Christian Mansell for third.

The safety car then came out as the debuting Daniel Nogales and Alex Garcia collided, with Nogales’s car being stuck in the gravel and Garcia stopping later around the lap.

Mansell took back third place when racing resumed on lap four, then stopped the top two from running away by matching their pace. Lomko also made Goethe work hard to keep his lead by attacking into several corners over a few laps, but eventually he became more preoccupied with defending second from Mansell and that allowed Goethe to create a gap up front and secure his 10th win of the year.

On lap 13, Mansell dived down the inside of Lomko at Turn 3 and took second place, and Lomko didn’t have too many laps to fight back as the race was red flagged and ended several laps early. It came as a rain shower hit turn three and caused BVM Racing’s Francesco Simonazzi to spin as he went to pass Motopark’s Frederick Lubin for fifth.

Mansell actually came up to Goethe and passed him just as the red flag decision was made, but that meant the results were taken back a lap and so he was classified as finishing 1.737 seconds behind.

It did mean Simonazzi was classified seventh though behind Drivex’s Ayrton Simmons, making him the last finisher in the nine-car race.