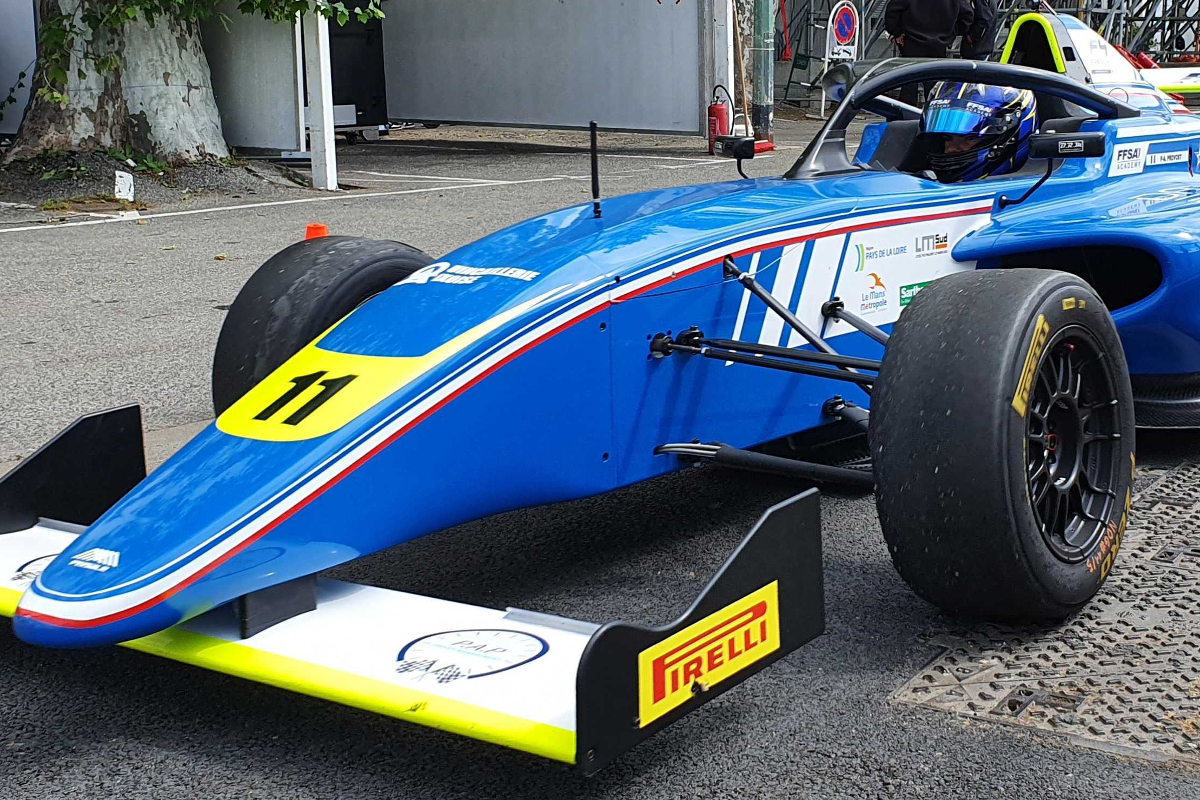 Provost started second on the grid but made the best start to take the lead into the opening corner and never look back. Max Reis initially dropped from first to second, then lost that place to Honda junior Yuto Nomura before the end of lap one.

On lap two he got spun around by Nomura’s Honda stablemate Souta Arao as they went over the crest of the hill and chose to retire after falling to the back of the field, and Arao didn’t last long in third following a brief safety car period as he was passed by Hugh Barter on the restart lap.

On the next lap Elliott Vayron passed Arao too, and that created a domino effect as the Japanese driver dropped down the order to eighth.

Enzo Geraci and Edgar Pierre exited proceedings not long after Arao’s fall, and Nomura then left the door open and Barter got into second place. Barter had the pace to immediately break away and hunt down Provost, eventually finishing 0.793 seconds behind the second-year driver who also won at Ledenon in 2021.

Vayron finished third and Alessandro Giusti came fourth ahead of Nomura after several laps of pressuring the Red Bull-backed racer.

Arao lost eighth place to Dario Cabanelas, although he claimed the position off-track and was asked to give it back. As he finished the race ahead, the positions may yet be changed by the stewards.