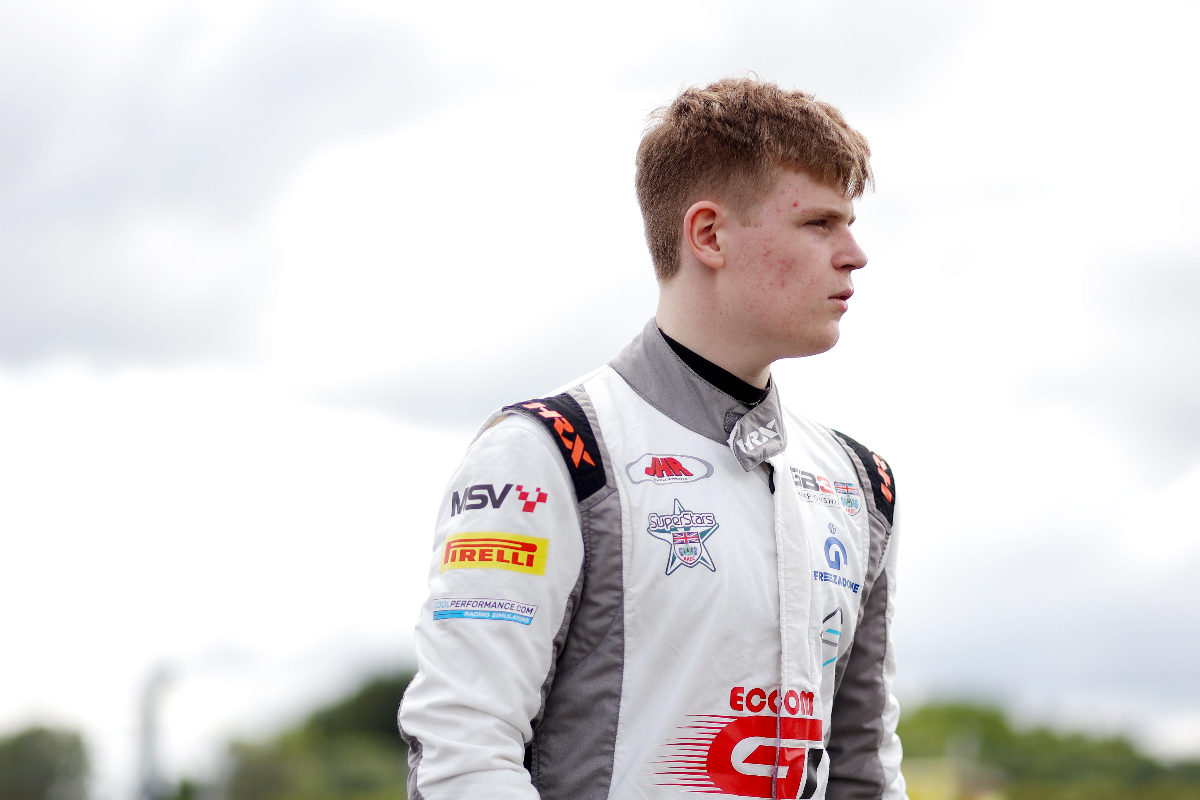 Matthew Rees led from start to finish to score his and JHR Developments’ first GB3 win ahead of title contenders Luke Browning and Joel Granfors at Brands Hatch.

A great launch from pole enabled Rees to immediately pull out a two-second lead, as Granfors slipped to fourth behind Browning and Elite Motorsport’s John Bennett into Paddock Hill Bend.

Fortec Motorsports’ Granfors retook Bennett for third two corners later before challenging Browning through the Surtees and Hawthorns bends, but Browning reamined ahead.

Hitech GP driver Browning then closed to within 0.9s of Rees before a light rain shower arrived approaching half-distance.

The deficit was further reduced to 0.7s, but Rees maintained the gap in the race’s second half. Browning finished 7s ahead of chief rival Granfors, whose championship lead has been slashed to 6.5 points.

Despite running wide and losing time, Bennett held off Arden’s Nico Christodoulou for fourth by 0.3s. His team-mate Tom Lebbon started and finished sixth ahead of Alex Connor and Bryce Aron.

Following his qualifying crash, Callum Voisin produced a strong recovery from 19th to ninth, which included overtakes around the outside of Max Esterson and James Hedley at Hawthorns.

Carlin’s Javier Sagrera was the only retirement, having slid out of ninth place at Sheen Curve, while Chris Dittmann Racing’s McKenzy Cresswell spun on lap one and finished 16th.